From its inception in 2017, Resonance has seen research and development residencies for projects including operas, musicals, a film soundtrack, and even a multi-sensory work bringing together fragrance, light and music.

With most of this year’s scheduled programme postponed due to the Coronavirus, this special instalment is part of Opera North’s drive to address the impact of the pandemic on music makers. The programme will support each artist in exploring new ideas and collaborating (remotely) with others, offering artist fees, project management and support to access other resources, funding and assistance.

As a singer-songwriter and live performer, Tawiah has earned a reputation as an alt-soul trailblazer. Last year she released her debut album Starts Again, a blend of avant-garde sensibilities, low-slung beats, layered harmonies, field recordings and her unique voice, which was shaped as a young worship leader in the Pentecostal church. She has collaborated with artists including Blood Orange, Kindness, Mark Ronson, Kano, Wiley, Ghostpoet and the Cinematic Orchestra, co-writing their latest single Wait for Now. Tawiah’s Resonance project will look towards her second album, a collaborative work with spatial artist/art director Myrrh. Working with conductor Matthew Kofi Waldren – recently seen on the Opera North podium for Don Giovanni and La bohème – and mezzo-soprano Lydia Marchione. The collaboration will bring together choral music from the European tradition with vocals influenced by Black worship, taking in tribal chants, spoken word and sermons, hymns and gospel improvisation.

“I want to explore themes around my personal spiritual journey, re-engaging with my gospel roots, and worship music more generally”

Nicole Raymond (NikNak) is a DJ and Turntablist, producer and composer based in Leeds, and Khadijah Ibrahiim, born in Leeds, is a published poet and researcher, who combines art forms to re-imagines poetry as interactive, interdisciplinary performance theatre.

Nicole is already adept at creating worlds and telling stories with her immersive live turntablism, which often incorporates found sounds. In her own field, her collaborators have included Shiva Feshareki and Anna Meredith and continues to develop her practice as an audio storyteller.

For Resonance, they will collaborate using material from Khadijah’s most recent work ‘Dead & Wake’, an exploration of African Jamaican/Cuban rituals and beliefs in popular culture, with the intent of revealing, and preserving, the importance of the Black British narratives and to extend the diasporic cultural disciplines already being practiced abroad.

Having incorporateddubstep, 2-step garage, basslineand reggae influences in his distinctive ‘electrodub’ sound, Dirty Freud aka Danni Skerritt is casting his net even wider to push his music in new directions.

He says. Originally from London and now based in Yorkshire, Danni will work with Dr. Shu Jiang, an ethnomusicologist and expert player of Chinese zithers (zheng and qin) working at the University of Sheffield, who he met at a conference on traditional music from around the world. “I’m interested in learning more about the structures of Chinese music, as well as sharing my British Caribbean heritage, which has so shaped my artistry, with Shu”, says Danni of the ambitious collaboration.

A founding member of Manchester’s renowned Swing Ting club night, DJ, producer and musician Balraj Samrai will work with Asian Dub Foundation’s Pandit G (John Pandit) to showcase spoken word and poetry from artists in his community and explore how the COVID-19 crisis has affected the lives of BAME people. Drawing on his work in club and sound system music, and building on recent workshops that he has delivered for the Whitworth Gallery, Manchester Museum as well as in educational settings, Balraj wants “to use the momentum from my work as a producer, promoter and DJ with Swing Ting in a project where I can work with South Asian rhythms, percussion, vocals, and electronic music to produce more socio-political works, to represent my community and culture in Manchester and as a second-generation migrant to the UK.”

He’s determined to turn working remotely to the project’s advantage:

“John has already shared some amazing ideas, and once the tech hurdles are overcome, two people thinking about and working on the project at the same time as opposed to sharing a physical space in a studio can prove to be really beneficial to collaboration”

Emmanuela Yogolelo is steeped in the musical traditions of her native Democratic Republic of Congo, and since moving to the UK in 2004 she has established herself as a singer-songwriter and educator specialising in Congolese Agwaya,  Soukous and Rumba, and working with Central African musical traditions including call and response, polyphonic harmonies, chanting and body percussion.

“These musical traditions are what inspire me when writing songs and performing, and I wouldn’t change that for the world”, she says. “I have a rich repertoire of African melodies in major or minor modes and my singing rigidly follow essential features of African music such as rhythms or beats. I’ve always wondered what melodies I would produce if I had an opportunity to learn about musical traditions from other parts of the world, and mix them with my African traditions.”

Sarah Wilson is an electronic producer, singer-songwriter and multi-instrumentalist who lives in Mid Wales. Her most recent personal project, The Zebra, is dedicated to raising Black women’s voices, placing spoken word from bell hooks, Angela Davis, Zadie Smith, Afua Hirsch and others within meticulously constructed musical settings. Over the course of her extensive work with young people in pupil referral units, care and mental health settings, facilitating music projects, songs and raps, Sarah met Nicole Justice, an experienced hip hop artist whose credits include directing the documentary One Day in Handsworth Music Therapy for Channel 4.

For Resonance, the two musicians will create a new piece of music collaboratively, using Foley and recordings of sounds that they encounter over the course of their daily walks as a starting point. This will enable them to engage in a skills exchange, with Sarah supplying tech and production know-how, and Justice imparting her self-confidence as a public performer and recording artist. “We know we work well together from our work with young people”, says Sarah. “We’re comfortable with each other so we can be honest about what we need help with”.

“One of the core aims and strengths of Resonance is its adaptability to the processes and the needs of a very diverse cohort of artists”, says Opera North’s Head of Projects Jo Nockels. “With restrictions on movement and gathering now in place, we wanted to find a new way of enabling artists to develop what they do and try out ideas, through collaboration with another artist. We also saw the glimmer of an opportunity for artists in the current situation, to work with those they most want to, when normally time and availability might make it impossible.

Those involved come from a dazzling breadth of musical backgrounds and with a wealth of experience, but are linked by a sense of curiosity and expansion of their own musical approach through working with someone else.”

Resonance is part of Opera North’s commitment to increasing diversity within its artistic programme, artists, staff and audiences. Artists who have previously taken part in residencies include Jasdeep Singh Degun, whose residency led to a new Opera North commission and the world premiere in February 2020 of Arya, a concerto for sitar and orchestra, and Abel Selaocoe, who is currently working on the Opera North commission Walking Home: Sound Journeys for Lockdown, as part of the BBC Arts and Arts Council England Culture in Quarantine series. A series of short films on previous Resonance projects can be seen here. 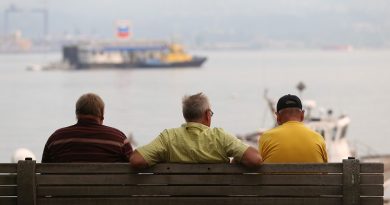 Why Christians Should Never Retire