Everyone wants to know how and why knife crime is down by 30% in London and by as much as 50% in some of the other cities, depending on which city’s stats you use. As for county lines, knife crime has almost come to a complete standstill, as all the major cities, towns and counties are on lockdown, resulting in virtually deserted streets in all parts of the UK.

The COVID-19 pandemic has not only swept across the UK, but also across the globe. To date, over 38,000 people have been confirmed dead in the UK, and sadly more will die from this virus. What does this really mean when it comes to gangs, serious youth violence and county lines? The lockdown has had such an effect on reducing knife crime, the movement of county lines and on UK gang members that some commentators feel we may need to look at introducing curfews as a way forward.

Such is the desperate need to find a cure for this epidemic of knife and gang-related violence – I prefer to use ‘gang-related’, because ‘knife crime’ downplays the fact that gangs have been a serious problem for over 20 years – that I believe a completely different approach is called for, requiring the injection of some serious financial resources. Certainly far more than the £100m suggested.

Nearly all Home Office reports on youth crime are written by a professor claiming to be an expert in gangs, with contributions from the Police, and many individuals and organisations believe that its latest report on serious youth violence will contain answers. However, for the past two decades, we have seen no evidence that these reports have impacted the lives of the very people they are supposed to affect.

Why is that? Because people, including myself, those with real insight into the issues, have had their testimonies edited down to just a few paragraphs, whilst the opinions of those with agendas and politically correct statements have carried more weight.

I have travelled across the UK, and have visited different trap houses (where illegal drugs are sold). The stench is overwhelming, yet I have witnessed children living in these houses.

I have engaged with gang members – some of them marked up – in dark alleyways and seen first hand how 10- and 11-year-olds in some parts of London, Birmingham, Manchester, Nottingham and Liverpool are selling drugs on their BMXs or mountain bikes. I have observed 12 to 14-year-olds being groomed and exploited to run county lines some 200 miles away from home.

Over 10 years ago, I sat in a room with the then Home Secretary Theresa May, Iain Duncan Smith and various individuals from 20 organisations – each with well presented reports, stating that they had ‘engaged’ with this ‘hard-to-reach cohort’ – knowing full well that they hadn’t been to a trap house or darkened alleyway, nor interacted with hardened gang members, and had no idea the lengths gangs would go to to attract the attention of those in power. Yet these individuals were advising the Home Office, yet failing to mention the elephant in the room: absent fathers.

Neither the government nor the community seem to want to address a major problem in the UK: society’s acceptance of fathers being absent from their children, and the rejection and physiological effects on the children. It is hardly mentioned in forums or by think tanks; it is hardly publicised in newspapers. An internet search produces very few organisations that are actually looking into the problem of absent fathers: Dr Martin Glynn (Dad And Me report); Sonia Shaljean (Lads Needs Dads organisation); Courtney Brown and Gangsline (myself), to name but a few.

We are so desperate to find a solution to this epidemic that we blame the police, local authority and various government departments, but for me, parents must also acknowledge their share of the blame.

Despite the many organisations giving politically correct advice to many parliamentary committees, and the many feel-good discussions taking place in the Home Office, Mayors’ offices and various UK agencies, there has been no impact made on any local communities. Why? Because the solution has been staring them in the face: the need for societal change.

The epidemic of gang violence, which originated in small, poor White and Black communities in a few deprived areas, only attracted mainstream attention from the Media and government when young White middle-class people started getting caught in the crossfire. This discriminatory reporting has been operating for decades.

Now we have trap and drill music spreading this gangsta-drug-dealing lifestyle ideology not only across the UK into White middle-class surburban neighbourhoods, but also into middle-class counties, like Gloucestershire, Hertfordshire, Wiltshire, Somerset and Sussex.

Now we have a new generation of White middle-class children, who are not only selling drugs on behalf of the gangs from London, Birmingham and Liverpool, but also enabling them to get a bigger share of the market.  These are not the stereotypical gang members of broken homes and absent fathers; they are the new breed who speak and act Black and, to a large extent, even think they are Black.

Most of this assimilation can be put down to the fact that they are listening and digesting trap and drill music, and they no longer hang out with the White friends they used to have. I appreciate there are some White kids who have grown up in highly populated Black areas, so I am not including them in this category.

Since the 80s and 90s, hip-hop music and culture have done much to bridge the colour divide – followed by grime and now drill – and have changed the way many White kids in the UK see and respect Black kids.  You would be hard pushed to find many White kids under 18 who do not have a lot of Black friends.

In my opinion, many of the Black artists they listen to (most of whom are just talented drug dealers and gang members) are misguided, and have no idea who they are. They are disillusioned and trapped in their own egotistic paranoid lifestyle, which only reinforces the stereotype that racists already believe, namely that all Black kids carry themselves the same way. The so-called ‘badman image’ further reinforces this stereotype, which then goes deeper into some serious mental health issues.  I won’t begin to address all the issues now, but let’s just say that rejection, trauma, damaged brain cells and anger are some of the demons controlling their thought processes.

This stereotype has been cultivated over time in a parallel world, and has been the gateway for White and Asian kids to now join this new culture. There is nothing wrong with listening to drill music; HOWEVER, if they are then going to assimilate what they see and hear in the YouTube videos, and become what they are listening to, then that is a problem!

So what do these middle-class White kids have in common with poor White kids?  Simple: the attachment theory says it all.  Britain is in an epidemic of vulnerable children from all classes and racial backgrounds experiencing a lack of family love and real emotional attachment to parents, who are either absent (mainly fathers) or work long hours. The many attachment theories also include parents who themselves have been carrying a troubled, unresolved past. This results in the child possibly looking elsewhere for what they believe is family and love, quickly provided by street gangs – the new version of the surrogate family.

An East London gang member once told me: “If you don’t raise your boy, we will.”

Britain has one of the worst records of raising children in loveless households. This was highlighted in a UN report five years ago and, according to the Maslow Hierarchy of Needs, step 3 – which looks at belonging and love needs – really explains why gangs have become a culture.

A former female Guatemalan gang member said:“The gangs filled a void in society, and the void was the absence of family life.” The gang had become the ‘family’.

No single intervention can fix this systemic breakdown in families within British society. I am not suggesting that intervention does not have its place – it clearly does – but it can only work if we recognise that we must give up feel-good reports and short-term, knee-jerk reactions to violence. We must be prepared to look at societal change as the only solution to this epidemic crisis of teenagers and young adults killing each other at an alarming rate, as well as being groomed, exploited and trapped into a life of gangs and county lines.

As parents, we have to admit that we need to do more. We have to stop blaming everyone else for our own failings.  We must invest more emotional time, nurturing, loving and giving our children security and a safe space by which they can really grow, with a rounded sense of morals and principles. If we continue as parents to lay the blame elsewhere, and not address our own flaws, then nothing will change.

Parents, we need to fix up. Especially the men!  There is nothing the government can do in respect of interventions that will work, unless we as parents face up to our past and present mistakes.  Everything begins in the family home – not in some government department!

Societal change is the only way forward.  Every report published thus far has failed.  Even if, in the short term, COVID-19 does seem to reduce the violence on the streets, when we come out of this lockdown, everything will go back to the parallel world of gangs and serious youth violence.

The government must develop a real vision for children, and change what is being taught in both primary and secondary schools. As part of their safeguarding policy, gangs prevention assemblies and workshops must be delivered by individuals or organisations that actually  employ former gang members or, at the very least, delivered by people with real credibility, who are also seen as credible by the young people.

The government must address the inadequate and underfunded mental health agencies, which have constantly failed a generation of young people. They must create a fairer society, demanding that employers – both in the public sector and the corporate world – prove how they intend to recruit a diverse workforce from the Black, ethnic and poorer White communities, as well as how they intend to train, support and encourage promotion amongst this group, enabling them to break through the proverbial glass ceiling. 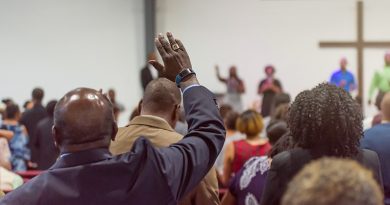 One thought on “COVID-19 and its Effects on Gangs, Knife Crime and County Lines by Sheldon Thomas”