Violence, homelessness, hunger, leprosy and now Covid-19 are a daily reality for the people of Northern Mozambique.

Against a backdrop of breathtaking natural beauty, white beaches and coral reefs, the very lives of the people of Cabo Delgado are at risk each day.

Mozambique is ranked among the poorest countries and is one of the world’s least developed nations. Around two-thirds of the population live under the poverty line of US$1.90 a day.

People in the Cabo Delgado province mainly survive through subsistence farming. Many are still recovering from the devastation and flooding caused by Cyclone Kenneth and Cyclone Iadi last year.

But since 2017 they have witnessed a new threat from men with guns and machetes attacking communities across the province. Many hundreds of civilians have been killed, property looted and homes destroyed. Government buildings, including schools and health posts, have been burnt to the ground.

Despite the ISIS flag being raised when a town is ‘captured’, the acts of violence often appear indiscriminate. The terrorists have even been known to set fire to mosques.

This year the attacks have escalated three-fold. Rebel armed groups have been moving south, targeting communities nearer to the provincial capital of Pemba.

The Leprosy Mission works in some of the poorest and remote communities in Cabo Delgado. Tragically many can no longer be accessed as a result of terrorist activity. Earlier this month insurgents attacked the village of Litamanda, reportedly killing five people. Field workers have made contact with members of a leprosy self-care group in Litamanda to check on their welfare.

According to the UN more than 100,000 people have fled Cabo Delgado after losing their homes and property to the terrorists.

Mozambicans are escaping the northern areas of Cabo Delgado arriving in Pemba each day by boat and by road. A new camp for internally displaced people has been set up in Metuge, north-west of Pemba, providing shelter to those fleeing the violence. Other refugee families are staying with friends and relatives in Pemba where possible.

There is widespread concern surrounding groups of homeless people sheltering in poor conditions. This creates the perfect breeding ground for the spread of Covid-19. Immune systems weakened by the effects of extreme poverty leave people more susceptible to the virus. It also puts them at greater risk of contracting leprosy, a debilitating disease prevalent in Cabo Delgado.

Many humanitarian aid agencies have had to leave the north of Cabo Delgado. The Leprosy Mission is doing its utmost to support the people it serves in the north of the province, many of which now live in a conflict zone.

Programmes Officer for Africa at The Leprosy Mission, Dr Bahadir Celiktemur, said that with Covid-19 cases reported in every province in Mozambique, the impact of the virus could be severe.

“Our staff in Pemba are doing everything they can to reach the communities we serve. This is both in conflict zones and those they can reach in person with health messaging on Covid-19.

“The disease could have catastrophic consequences on the people of Cabo Delgado. But tragically, for most, it currently feels the least of their problems.

“I have been privileged to witness the most amazing transformation in poor communities in the north of Cabo Delgado. The Leprosy Mission has enabled thousands of subsistence farmers to attend farming school. They have learnt how to increase their crop yields, protect against climate change and grow a greater variety of crops. Their families are now far better nourished as a result.

“Self-care groups have been set up to protect the hands and feet of people who have had leprosy and suffered associated nerve damage. It was very emotional to see them working safely in the fields with a confidence and pride that they were providing for their families.

“But because of the insurgency we are increasingly hearing that people cannot safely return to the fields. As a result whole communities are at risk from severe hunger and malnutrition.

“It is absolutely heartbreaking to hear and I cannot bear to even imagine the terror a captured village faces.”

Dr Celiktemur said that in such extreme situations, it is always people affected by leprosy whose lives are most at risk.

“They are more likely to be disabled and not able to flee a conflict zone quickly,”

“When you see the pictures of the internally displaced people arriving in Pemba by boat, it is very strange as you realise they’re the lucky ones.

“The boat crossing to Pemba and relative freedom is extremely expensive. It is a desperate situation when even becoming a refugee is a privilege.”

Dr Celiktemur said the terrorists were recruiting young Mozambicans resentful of a lack of employment opportunities.

“When you travel around the area there are so many young men sitting around doing nothing,” he said.

“It could be argued that this is how disenfranchised youths become militants and murderers.

“I have incredible respect for our amazing team in Pemba and for the churches providing aid. They are doing all they can to help those in tremendously difficult circumstances. Every day we pray for their safety and an end to the violence.”

Heart the Heart by Esther Fenty 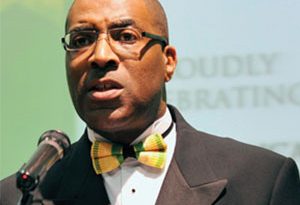