A good friend once asked: “How many people would visit you if you were in hospital? How many friends would see you if you were in prison? Your guilt or innocence are, for the purposes of the question, irrelevant, but they do add another dimension.”

Certainly, when the rubber hits the road and things go wrong, it’s those we know, love, trust and pray with that we’ll feel safest turning to for help.

Another friend described the different levels of friendship like this:

“One day, because Frank and Peter are friends, Frank tells Peter he feels increasingly sad, while Peter tells Frank he sometimes drinks too much.

“Then, one evening, Frank phones Peter. Something’s gone wrong in his personal life and things are spiralling out of control. He’s depressed and frightened he might do something foolish, so Peter invites him over to keep him from harm.

“Peter says that, if Frank hadn’t phoned him, he’d probably have drunk himself into a stupor, which he tends to do most evenings. They share these things because they are friends.

“The next day, Frank drives Peter to a sympathetic group, where Peter can talk about his addiction to alcohol. Later, Peter arranges for his depressed friend to see the local GP, so Frank can ask for help. They do this for one another because they are friends.”

Although we might not necessarily be depressed, suicidal or addicted to alcohol, I can’t help wondering about the things we conceal from our friends, and how real we really are with them.

For many, the sort of thoughts and feelings that come to mind when we hear the word ‘friend’ or ‘friendship’ are pretty positive – whether that’s ‘man’s best friend’, ‘our feathered friends’, ‘a friend in need is a friend indeed’ or ‘any friend of yours is a friend of mine’!

However, having been rejected by a number of school friends – at one point I belonged to a group of people that no one else would speak to – I decided I’d never allow myself to be vulnerable again. This, of course, made the path to friendship difficult – leaving it paved with many potholes, slip-ups and stumbles.

Fortunately, in God’s providence, I eventually became a Christian, and later met trustworthy brothers and sisters with whom I could share my life – people who were happy to open up and encourage me to be ‘frank’.

Our experience of friendship, of course, depends much on our culture, background and history, as well as the churches in which we worship. Although some fellowships can be overly tactile (I remember one church that was so demonstrative that I arrived late and left early just to avoid being crushed to death or hugged to within an inch of my life), many are not.

A sorrowful friend once said: “When it’s time to share the peace, all you get is a badly synchronised turn of the head – usually coinciding with you turning yours – a polite nod, and a desperate attempt at avoiding eye contact. I occasionally get a handshake at the end of the service, but it always feels like I’ve grabbed a wet fish!”

In some congregations, people may be brothers and sisters in Christ, but any sense of family relationship appears sadly lacking!

Rather than behaving like relatives or friends – and despite the life-changing nature of being born into the family of God – some Christians appear unwilling to share their lives and selves with one another. But God doesn’t intend us to be like ships passing in the night, but travellers on board the same holy vessel.

So let’s lead by example and model the change we wish to see; doing all we can to ensure that our churches aren’t like that! Remember that, whoever we are and whatever we do, we all share something that’s truly amazing – our mutual friendship with Jesus!

Remember, too, that we share a common path and a common humanity. There may be times when we end up walking a sad, lonely or difficult path, but it’ll be even more difficult if we don’t have friends and family for the times we stumble and struggle, falter or fall, as we climb the steep hill of life that leads inexorably upwards.

Gary Clayton is married to Julie, and father of Christopher (16) and Emma (13). He is Copywriter and Editor at Mission Aviation Fellowship. To learn how MAF’s fleet of 131 light aircraft bring the love of the resurrected Christ to Africa and the Asia-Pacific region, visit www.maf-uk.org

Can Consumer Christians Know The True Meaning Of Sacrifice? 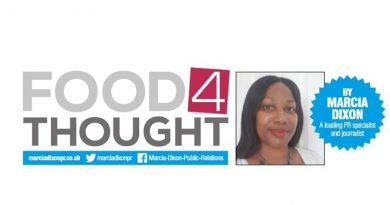