In the 1980s and ‘90s, Dawn Thomas-Wallace was one of the stars of the UK gospel scene.

Alongside her sister Winsome, brothers Tony and Samuel, and cousins Lloyd, Monica and Pauline, they comprised the group, Trumpets of Zion (ToZ).

Their unique style won them many fans, and music lovers were particularly drawn to Dawn with her powerful vocals and dramatic stage presence.

Fast forward to 2020, and Dawn Thomas-Wallace remains an artiste to watch, but this time as a soloist.  She has just released her new album, Live in Luxembourg, on Zoe Records and is busy telling the world about it.

The album features covers of popular songs, like ‘We are not Ashamed’ by Andraé Crouch, one of her favourite artistes; ‘I Know Who I Am’ by Sinach; ‘Jesus Will’, by James Cleveland, and ‘Made A Way’ by Travis Green.

Dawn’s reasons for recording these songs for the album are deeply spiritual.  She said: “The songs were chosen with much prayer and fasting, asking the Lord, ‘Wwhat would have me to sing?’  A lot of it is about taking people back to gospel music.  And a number of the songs are very close to my heart, as I grew up listening to these gospel songs.”

Live in Luxembourg is a recording of a church concert.  Dawn views its release as an opportunity to spread the Gospel.  She said: “At the time, I wasn’t thinking so much about recording; I was thinking ministry.  It was great to be at the church, to share the Gospel with people who were hungry, thirsty and excited, because a gospel concert is a big thing out there.  You could feel the energy. My joy is to minister the Gospel.  Every opportunity to share the Gospel is a privilege.”

And she has high hopes for the album.  “I want the album to go viral, especially at a time like this.  It is my prayer and hope that these songs will reach a new audience.  Lockdown, as a result of COVID-19, has caused great alarm and fear in so many people throughout the world. I want to give people hope when they are at their lowest. This album is an opportunity for people to hear God’s voice at this time.”

Never in a million years did Dawn envisage she would be recording an album in Luxembourg. Now a recognised soloist, Dawn has performed throughout the UK, Switzerland, Italy, Germany, Portugal, Denmark, Barbados, Australia, Indonesia and the home of gospel music – the USA.

Dawn is the daughter of Bishop and Mrs U T Thomas (Jamaican Christians who migrated to the UK in the late 1950s/1960s) and, together with her three siblings, served at Faith Temple Church of God, Slough, for many years.

Music played a big part in their lives.  Her brothers were the church musicians and Dawn and her sister sang.  Music is in her blood.  Her mother and aunts, whose children were also part of ToZ, used to sing when they were younger.

ToZ came about by chance.  At one time, the members all attended the same church and sang in the youth choir.  As a teenager, Dawn noted that many of her fellow young people left the church, but she and her cousins remained and continued singing.  Dawn recalled: “We had to attend church whether we liked it or not, because our fathers were ministers and our mothers were mothers of the church, so we weren’t going anywhere.  We kept on singing to the point that we found a different style of music that we loved.”

The music they discovered was that of the popular American gospel artistes of the time.  They heard the music of Andraé Crouch and, when Dawn’s sister and brother came back from a trip to America, they brought back albums by James Cleveland and other choirs.   When ToZ discovered the music of the Clark Sisters that was it.  They experienced musical heaven. Dawn recalled: “There was an ocean of gospel music, and then ToZ found music that we identified with as a group, loved, and were good at singing – which was the Clark Sisters.  Their songs inspired us, and we rehearsed and rehearsed and ended up singing a number of their songs.”

ToZ started singing in their church, then at events and one day when they were singing, Bishop John Francis was in the audience.  At the time, he was directing the Inspirational Choir, one of the most popular gospel groups during that time. He became a huge fan of ToZ and championed them.

The group were part of the thriving gospel music scene of the 1980s and ‘90s.  The period, called by some as the Golden Age of UK Gospel, saw artistes like the London Community Gospel Choir (LCGC), the Inspirational Choir, the Angelical Voice Choir and Lavine Hudson make inroads for the genre.

Packed concerts took place every weekend, and some artistes, like LCGC and the Inspirational Choir, were performing regularly on TV and had record deals.  The gospel concert scene provided young Black Christians the freedom of having a social life that was   separate from the church, but which reflected their faith.

During her years performing with ToZ, Dawn sang to audiences of all cultures and races up and down the country.  This included singing at church events, the Royal Albert Hall and Westminster Central Hall, as well as at Greenbelt (the leading Christian festival in Britain at that time) and Scotland.

Trumpets of Zion disbanded in the early 1990s, because members were ready to move on to different phases of their lives.  Dawn hadn’t wanted it to end. “When the Trumpets stopped singing as a group, I thought ‘That’s it for me’ in terms of singing as a featured artiste.  I would continue to be faithful in my church, but I thought for me personally, being a gospel artiste was over.  I was at a church convention and the moderator suddenly said: ‘Oh we’re going to ask Sister Dawn to come and sing.’ In those days, you weren’t given any notice, so I sang. They loved it, and word went round. This continued for a number of years. Churches all over would ask me to sing at their services.”

Since stepping out as a soloist, Dawn, a wife and mother of two sons, has been a regular face at gospel music and church events across the country.  After signing with Zoe Records, the only UK Gospel label with a host of artistes, Dawn has been a regular visitor to the US to either attend events like the Stellars, or perform at the world’s premier event for gospel -the Gospel Music Workshop of America.

“I’ve studied American gospel music for many years now, and I feel part of it, so when I’m around American gospel artistes, I am really stimulated and stirred up,” says Dawn. “When I’m in America, I hear the kind of music I love and enjoy, and the crowd is what I have become used to.  When I’m with them, I’m very respectful.  I appreciate them and make that known, which I think is very important. You should respect those that have gone before you and made a pathway for you. What you respect you attract; what you lack is what you haven’t respected.  In the past, when I have sung in the US, they have responded positively.”

As someone who has been involved in UK Gospel since the 80s, Dawn has witnessed the growth of the African Church and its artistes coming to the fore.  Whilst she welcomes this development, she feels it’s important the foundation laid down by the Windrush Generation must not be forgotten.

She stated: “When we hear about the expansion of gospel, in terms of opening up to African artistes, it’s good to embrace this music, and yet we have to maintain a mixture of what enabled us to be where we are today.  Don’t lose it.

“It’s also important that new and upcoming gospel artistes understand our history.  There are some really great artistes out there, who’ve established themselves.  But it’s very easy to forget those who paved the ground for them to build on, which I am very cautious of.”

Dawn added: “You’ve got to maintain history.  I remember when the elders of the Windrush Generation came to the UK and weren’t accepted.  They were thrown out of indigenous churches.  I’m not going to blame anyone, as I think good came out of this.  I’ve spoken to bishops of Anglican churches, and they’ve apologised for the behaviour of their churches at that time, but my response to that is: Don’t apologise, that was God.  God had a bigger plan.

“Caribbean Pentecostal churches have made an important stamp on this nation, which must never be forgotten.  Worshipping in bedrooms, front rooms and then community halls…  I remember going to services in front rooms, and it’s during those times that we found God.

“Young gospel artistes must show honour to those who have gone ahead of them, to those people who have paved the way for us.   Our history must be put out there for them to learn.”

Although she has been singing for many years, Dawn still has dreams about the type of music projects she’d love to be involved in. “I would really love to sing in movies.  I am not ruling out going back to the theatre. The most important thing, though, is being true to the gospel and my faith.

“You cannot be a gospel singer unless you are a Christian.  It’s important for us to be consecrated to God. For me, it’s important to be close to God, so that I’m empowered to minister in song. When we sing, lives must be changed.  My desire, as a gospel artiste, is that the music I sing will destroy yokes and bondages – webs people may find themselves entangled in – and point people to Jesus.”

Live in Luxembourg by Dawn Thomas Wallace is available to either stream or download on Spotify, Deezer and Google Play. 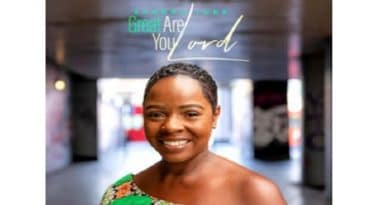 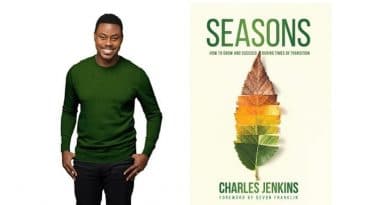