The Founder of social enterprise 1000 Black Boys, Ademola Adeyeba, along with a host of inspiring black role models are calling on businesses to make good, on their pledge of solidarity with the Black Lives Matter movement.

Noting the experience of other global movements, such as #MeToo, the climate activism of 2019, as well as the government’s response to the Black Lives Matter protest, the social enterprise believes business, not government, could be the bastions of change for the black community in the UK.

Mr Adeyeba, the Founder of 1000 Black Boys which launched in 2018, following a spate of young black boys being murdered, exponential levels of school exclusion, and a rising prison population, said:

“We know the focus will soon shift to another issue, and unfortunately, we know we cannot rely on this government to drive this agenda. Attempts at handling the Windrush scandal, Grenfell and the lack of impact from the numerous reports and public enquiries on race, have been found wanting.

“There is a compelling business case for a more inclusive society and workforce. If half of the businesses that showed solidarity on #BlackOutTuesday delivered meaningful action through funding community programmes, providing mentorships, creating job opportunities to empower young black men and women, this would result in significant progress.”

With a recession looming, 1000 Black Boys believe economic empowerment is a key feature of the Black Lives Matter movement, further reason why businesses are pivotal to ensuring progress.

This Friday and Saturday (26 – 27 June), the social enterprise will host a free online webinar featuring inspirational speakers, coaches and mentors, who are passionate about engaging young black boys and men and their parents. Speakers include:

The workshops will cover a range of current topics, including:

“We have an opportunity to impact a whole generation of young black men, who for too long have been negatively characterised. Through my experience of mentoring black boys, I have seen first-hand the reality of their potential to step into their power and succeed in business.

“Just like the environmental protests of last year, recent tragic events have awoken a whole generation of young people standing for something new.

“Recent events have also released a lot of anger and grief, which the black community has felt for centuries. It is really important now to take that anger and convert it to clarity and power, which can bring about real transformation, not just for black people but for the entire world.

“Through this event we hope to provide access to mentors and role models who have been successful in business. People that young black men can relate to and receive guidance from on their journey.

“We have seen the impact of the pandemic on black and minority ethnic communities, and so we want to empower as many people as possible now ahead of any second potential wave and looming recession.” 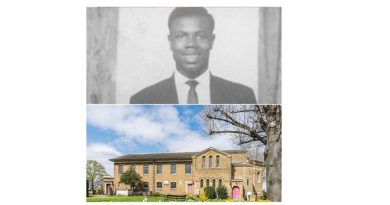