The Story: In two rulings released this week, the Supreme Court signaled a pattern of preventing restrictions on both religious liberty and also abortion.

The Background: The court issued rulings this week on important cases involving restrictions on abortion and on religious liberty.

The abortion case was June Medical Services LLC v. Russo. In 2014, Louisiana passed a law—Act 620—requiring doctors who perform abortions in the state to have admitting privileges at a nearby hospital. Currently, four abortionists work at the three abortion clinics in Louisiana. Because only one of the physicians has admitting privileges, the law would prohibit the other three from performing abortions unless they meet the requirement.

Opponents of the law claimed it violated the precedent set in Planned Parenthood v. Casey that the states cannot put “unnecessary health regulations that have the purpose or effect of presenting a substantial obstacle to a woman seeking an abortion impose an undue burden on the right.” The court had previously struck down a similar Texas law about admitting privileges in the 2016 case Whole Woman’s Health v. Hellerstedt, claiming the restriction provided no health benefits for women seeking abortions.

In a 5-4 ruling released on Monday, the court held that based on previous factual findings and precedents, particularly Whole Woman’s Health, Act 620 violates the Constitution.

Because the state constitution includes a ban on aid for churches and religious schools (such bans are often called Blaine Amendments), the Montana Department of Revenue issued a rule that prohibited parents from using the scholarships at religious schools. Two mothers, whose children received the scholarship and attended private Christian schools, filed a lawsuit claiming it was a violation of the U.S. Constitution. A state trial court agreed with the parents, but the Montana Supreme Court reversed the decision.

In a 5-4 ruling released on Tuesday, the court held that the application of the no-aid provision discriminated against religious schools and the families whose children attend or hope to attend them in violation of the Free Exercise Clause of the U.S. Constitution. Although Montana discontinued their program, 18 other states still have similar tax-credit scholarship programs, so the decision may have a broad-based effect on similar funding of religious schools.

What It Means: In both cases, Chief Justice John Roberts provided the swing vote for a divided court. And with both rulings, Roberts hinted at what religious conservatives can expect in the future: we will likely win challenges to religious liberty and lose when we challenge the current legal protections for abortion.

Roberts had opposed the decision in Whole Woman’s Health, but now considers it—four years later—to be a precedent that should not be overturned. In his opinion, Roberts notes that stare decisis (“to stand by things decided”) is the legal term for fidelity to precedent, adding:

The legal doctrine of stare decisis requires us, absent special circumstances, to treat like cases alike. The Louisiana law imposes a burden on access to abortion just as severe as that imposed by the Texas law, for the same reasons. Therefore Louisiana’s law cannot stand under our precedents.

Stare decisis is not an “inexorable command.” But for precedent to mean anything, the doctrine must give way only to a rationale that goes beyond whether the case was decided correctly. The Court accordingly considers additional factors before overruling a precedent, such as its administrability, its fit with subsequent factual and legal developments, and the reliance interests that the precedent has engendered.

If Roberts won’t overturn a ruling from four years ago that he believed was decided incorrectly, what is the likelihood he would overturn Roe v. Wade, a precedent that has lasted 47 years and that has developed what he would consider significant “reliance interests”? Is this his way of signaling to pro-life activists that he will not vote to overturn Roe?

While we are losing ground in the court when it comes to abortion, the Espinoza decision shows we are holding the line on religious liberty.

Over the past two decades, attempts to trample on the religious freedoms of Americans have been repeatedly rebuffed by the Supreme Court. Numerous precedents have laid the groundwork that makes stare decisis a bulwark against infringement on our most sacred freedom. For example, the court used the 2017 Trinity Lutheran case in defending religious liberties in Espinoza. (See also: Why a Church Playground Matters for Religious Liberty.)

David French recently explained why we should expect religious liberty protections to be extended, rather than restricted. But French also pointed out that the question for America’s religious community is not whether we have liberty but rather what we do with that liberty.

“In many quarters of American religion, a trampling is underway,” French says. “It is not the law’s fault that the church faces a reckoning, and even as we seek to preserve and strengthen our legal citadels, we must remember that it won’t be the law that brings repentance and awakening. May God grant churches the grace and wisdom to use wisely and for his kingdom the abundant liberties they now possess.” 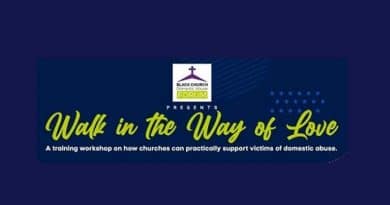