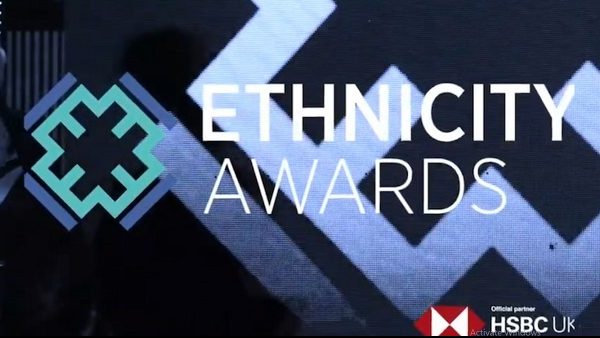 Businesses and the public are being urged to nominate the Black, Asian, minority ethnic and ally champions ahead of the HSBC UK sponsored Ethnicity Awards 2020, which organisers say is the most important awards celebration this year.

The annual event, which will take place later this year against the backdrop of the international Black Lives Matter movement, recognises the achievements of Black, Asian, minority ethnic people and their allies furthering racial equality.

The Awards shine a light on the organisations and charities that have demonstrated a significant contribution to advancing opportunities for these communities.

The ceremony will also recognise the prominent individuals and entrepreneurs who have used their position to make a difference towards creating a more equal society.

Last year, Manchester City star Raheem Sterling was one of the high-profile winners honoured as a figurehead for leading the fight against racism, despite being a victim of far-right abuse himself.

Singer-songwriter Emeli Sandé also took home an award as the HSBC UK Icon of the Year. The Scottish solo artist sang a few bars of her single ‘You Are Not Alone’ as she was presented with the prize.

RBS and Lloyds Banking Group were rewarded for efforts to improve black and minority ethnic representation in the workplace and Real Housewives of Cheshire personality and co-founder of the Forever Unique fashion brand, Seema Malhotra, won the Entrepreneur accolade. ASOS was named Brand of the Year.

Nominations are now being sought from businesses and the public ahead of the 2020 ceremony via the Ethnicity Awards website www.ethnicityawards.com.

“The 2020 HSBC UK Ethnicity Awards take place during a pivotal year for so many Black and minority ethnic people. We are living through a critical moment of change. This year’s Ethnicity Awards will continue to make the call for equality, and shout loudly that Black Lives Matter.

The Ethnicity Awards are probably the most important awards this year because we will promote the achievements of ethnic minorities, celebrate the businesses that are improving their ethnic diversity in the workplace, and we will shine a light on the individuals who are leading the effort to achieve true equality for all. I’m urging people to get involved and nominate today.”

“HSBC UK is proud to be a lead sponsor of the Ethnicity Awards putting an important spotlight on the work being done to ensure that all people are afforded equal opportunity, regardless of race or ethnicity.

We understand the importance of a diverse and inclusive workforce, and know there is more we can do as employers to support racial equality in the workplace and across the UK more broadly.”

British-Nigerian London Duo Get Their Self Funded Sitcom On Netflix

On Breaking with the Faith