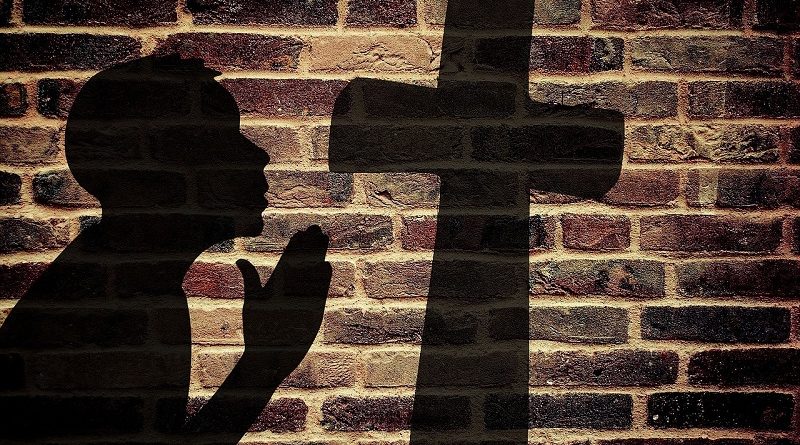 Have you ever wondered what it would be like to live in a time when God’s miraculous hand was impossible to deny? Surely seeing God work so clearly would make us happy and content.

Such were the days of the Israelites during Moses’s lifetime.

The books of Exodus and Numbers track God’s dramatic rescue of Israel out of Egyptian enslavement. God wasn’t only rescuing his people, he was ushering them toward a glorious land of promise.

There was only one obstacle that prevented Israel from fulfilling God’s mission. It wasn’t Pharaoh or his massive army. It wasn’t the entrenched Canaanite forces. It was the Israelites’ grumbling hearts.

These three words capture the state of our hearts when we grumble. Grumbling is growling against God. Recently, a church member showed me the 22 stitches he received because a dog thought he was a threat. Like an angry dog who misperceives your kind intentions to pet it, we growl against our kind Father who wants to care for us.

When we grumble, we declare our distrust in God’s sovereign rule over our lives. “Not good enough!”

When we grumble, we declare our distrust in God’s sovereign rule over our lives.

Israel’s grumbling reached a fever pitch after they sent spies to Canaan and were frightened by the Canaanites’ might:

Then all the congregation raised a loud cry, and the people wept that night. And all the people of Israel grumbled against Moses and Aaron. The whole congregation said to them, “Would that we had died in the land of Egypt! Or would that we had died in this wilderness! Why is the LORD bringing us into this land, to fall by the sword? Our wives and our little ones will become a prey. Would it not be better for us to go back to Egypt?” And they said to one another, “Let us choose a leader and go back to Egypt.” (Num. 14:1–4)

Moses and Aaron pled with the people to trust God’s provision, but they would have none of it. They picked up stones to throw at Moses and Aaron, only to have the glory of the Lord appear and intercede. His anger burned white-hot:

How long will this people despise me? And how long will they not believe in me, in spite of all the signs that I have done among them? I will strike them with the pestilence and disinherit them, and I will make of you a nation greater and mightier than they. (Num. 14:11–12)

Moses begged God to show his people mercy, and God did. But there were consequences. That grumbling generation wouldn’t see the promised land. Only their children would. Like a parent taking whining, ungrateful children on the road trip of a lifetime, God had heard enough whining.

God takes grumbling seriously. Just consider James’s words: “Do not grumble against one another, brothers, so that you may not be judged; behold, the Judge is standing at the door” (James 5:9). We might be quick to think of God’s wrath as it relates to sexual sin or lies, but the sin atop James’s mind is grumbling.

Do we take grumbling this seriously?

As a pastor, I sometimes feel like a catch basin for grumbling. The congregation’s disappointments and frustrations tend to trickle into my inbox. Programs. Music. Expenditures. Change. Each can be met with grumbling.

But it’s not just them. Too often my own heart grumbles in return, multiplying the cacophonous chorus. If grumbling is to be halted, grumbling in the church mustn’t beget grumbling in my heart. If we’re going to be a grateful, non-grumbling people, I must lead with gratitude and repentance.

To grumble is to leak darkness when we were made to shine. Each of us can think of a grumbler in our family, in our neighborhood, or in our workplace. They’re toxin emitters. Like a black pen leaking in the pocket of a white shirt, they tend to soil every environment they enter. But Christians are being transformed to shine. You are bleach, not ink.

Christians are being transformed to shine. You are bleach, not ink.

Paul exhorted the Philippian church to rejoice—not grumble—in hardship, so they might be “lights in the world” (Phil. 2:14–18). Do you want to shine in a dark world? In the midst of difficult circumstances? Then rejoice.