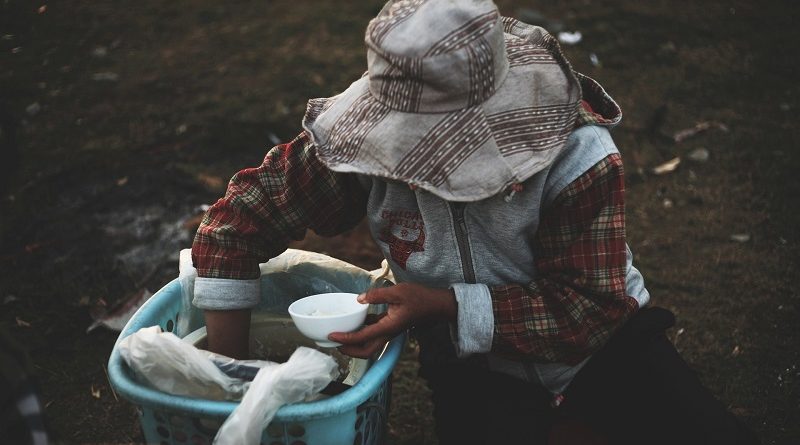 Persecution watchdog Open Doors UK and Ireland says it is “inundated” with reports of Christians worldwide who are being asked to renounce their faith in exchange for emergency COVID-19 aid.

Christians from countries including Bangladesh, India, Sudan and Malaysia, say they are facing an ultimatum – they must abandon their faith if they want to receive emergency food.

“We have been inundated with reports of Christians telling us their communities would only give them food if they re-converted back to their original faith.

“While some have returned to the dominant religion in their country, others have contemplated suicide.”

“People may die or convert back to Islam if they don’t have the means to survive,” he said.

Meanwhile Christian converts in Sudan face hunger and homelessness in lockdown unless they return to Islam.

Economic decay on the back of the pandemic especially for Christians who have given up the right to family and community support in turning from Islam has been severe, says one pastor in Western Sudan who cannot be named for security reasons.

“Believers from Muslim backgrounds have to be entirely self-reliant because they aren’t given any support from their family, tribes or community, because of their faith,” he said.

“But because people aren’t able to work in lockdown they don’t have money for food and are finding themselves being kicked out of their homes, unable to pay rent.

“When Christian converts do ask for help from their Muslim community, they are told they have to give up Christianity if they want to be helped.

In East Malaysia one group of Christian students were told by their local mosque that they would have to convert back to Islam by saying the Shahada prayer, to receive any food aid from the community during the coronavirus lockdown.

Pastor Sam says that it’s Christians with backgrounds in religions other than Christianity who contend with the worst of the hardship.

“Most of the affected Christians come from a Muslim, Hindu or Buddhist background.

“Their families and communities don’t agree with their new faith and won’t provide any help in these circumstances.

“Christians don’t get the support that people who follow the majority religion get.

“In fact, sometimes it’s even worse.

“Extremist Muslims may tell them, ‘We will give you food if you come back to Islam’.”

“Governments are giving assistance to a lot of people, but what happens is when you go into the field, we realize that many Christians – especially those who come from the Muslim background or from the Buddhist background – they are not able to receive the support from Government because when it goes to the villages, the village head normally discriminates against the Christians.

“They say, ‘Well, you’re Christian. You became a Christian, so you are not part of this support’.”

“We don’t want Christians to have to make a choice between having to eat and holding strong in their relationship with God so we are working hard to get emergency food to people threatened with this ultimatum.”

More children in England at risk of abuse or neglect