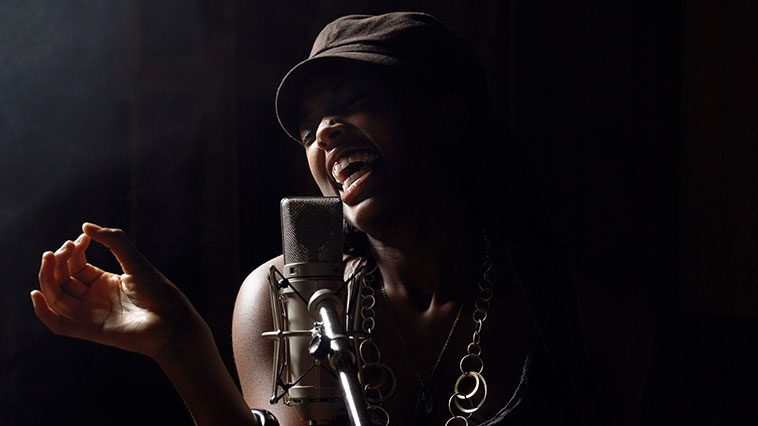 From what I can see, there seems to be no facet of human life that the current issue of racism has not touched. This includes Christian music, of which gospel music is a part. Right among our ranks – between churches, as well as among the commercial music industry Christian streams – there are many expressions of unhappiness (to say the least) between Black and White Christians, as people open up on social media and Zoom discussion groups.

It was the 1960s when Dr Martin Luther King Jr said: “It is appalling that the most segregated hour of Christian America is eleven o’clock on Sunday morning.” The specific stories are different, but the principle factors are largely the same here in the UK too. Sixty years on, we have seen some changes – but not nearly enough. Truth is, matters have gotten to a point where we must talk and act more transparently and honestly, so that our voice, for the sake of CHRIST, does not have an indistinct and consequently confused sound (1 Corinthians 14:10, which follows the chapter on LOVE). One surety is that there is nothing wrong with ‘the music’ per se, but there is something wrong with the systems that carry the music, and the people who operate (or conversely do not operate) those systems fairly.

It’s happened, and what can we do but learn and do better than the generation behind us, so that the generation ahead of us can thrive, instead of strife and strive? Since we cannot erase history, I believe it’s very important that we be an honest broker of it.

A primary example is the constant battling over the phrase ‘gospel music’. Questions like “What is it?” or comments like “If it means Black, does that mean White people are excluded?” Such nonsensical things are said, which seek to undermine the heritage and legacy of where and by whom gospel music came to the fore. In the context of music art forms, gospel music is that specific sound in vocal and music that, for many decades, is known to have come to us from the Black African American experience. Recently, while talking about this to musicologist Matthew Williams, he advised me on the many number of professors and lecturers of note, who have written and acknowledged gospel music by name. Therefore, what is our problem?  Gospel music and blues are the parents of soul (first son, Sam Cooke); the first aunt and uncle of jazz; the grandparents of rock ‘n’ roll (Little Richard), and great-grandparents of modern r’n’b/pop.

Enslaved Africans went to the Caribbean and Latin America, as well as North America. We don’t know where among them specific descendants went, but in my mind, we have and do retain that right, which we have done by practice, to claim the spiritual energy of our ancestors in the folk music that expressed faith: in the spirituals, in the hymnody of the original songs, written by those who adhere to the passion, prose and melodies of composing. All over the African Diaspora, we have something that, out of the awful experiences within our Christian faith, is “of us”, which EVERYONE can share in and enjoy. And they do. We can see this from the popularity of gospel music in parts of Europe, like Norway, with its world-class Oslo Gospel Choir – an ensemble made up of White people, excelling in the authenticity of their own experiences.

There is too much actual history for us to try to redefine or reinterpret what is clearly here. And much of this redefining and reinterpreting is done by misled Black people. I was taken on board professionally by the BBC, as their sole expert in gospel and soul for nearly ten years. There was no prevarication. The strands of programming were specific, and two main ones – ‘Gospel Train’ and ‘The Deniece Williams Show’ – were groundbreaking. I introduced gospel to many BBC producers, who had never worked with or considered programme-making with Black music creatives, like Noel Robinson, Luke Smith, Audrey Lawrence-Mattis or Karen Gibson. I wasn’t introducing CCM (Contemporary Christian Music). It was a clear opportunity to bring Black British Christian artists to the fore – in their own right – rooted in the music of their heritage, which, up until then, had been deliberately absent. It was a great time, but we still tussled with tokenism. #ThisShipTurnsSlowly

That absence of UK gospel artists was more so reflected in the roster of Christian music labels that were in existence from the 1980s onwards. Recognised as the ‘Golden Age of British Gospel’, there were very few UK Christian labels that signed and marketed our artists, namely ICC Records, Chapel Lane, Authentic Media (formerly Word Music), Kingsway Music and Alliance Music. They built a way but only to distribute US Black gospel and other products. Worse, there was nothing ploughed back into development for the UK Gospel scene. No one was taken on at A&R Executive level to train or garner experience within our field.

Space does not allow me to delve deeper, but the systems that exist around church-related events – that have taken decades to be inclusive – can only be alluded to. At the risk of sounding one-sided, the failures of our Christian music streams – and the opportunities denied in integration – must be properly balanced against what those of us and our Black church leaders have failed to do: building workable systems of our own, funded by finances raised from within the community. Where is the evidence of the value of self-worth we have placed on ourselves as a united community? What have we done jointly and equally to transform our own fortunes? How have we created and strategised initiatives that the nation can identify, saying: ‘THIS WAS DONE BY THEM’?

Noel Robinson, Bazil Meade MBE, Karen Gibson, Ken Burton, Audrey Lawrence-Mattis, Duke Kerr, Steve McGregor, Tyndall Thomas, Steve Thompson… All these (and more) have helped and are still helping the sound of UK Gospel. I’m not including in this list current Caribbean and African artists; I’m relating to those with the strongest direct link to the music of Windrush churches, which give us our British gospel roots. We won’t and can’t negate the influence of African American practitioners of the form; we are inextricably linked to them and to our churches of the Caribbean. But let’s get more informed and comfortable with the richness of what we have. We don’t even know it all yet; we are young in our form and development. Remember my generation (and those born here) as the first set of children of our Windrush churches. Let’s recall those older than us, like Roy Francis of the Soul Seekers group and author of How To Make Gospel Music Work For You, and Carmen Jones of the Touring Evangelical Harmonizers group and founder of the Pentecostal Credit Union (PCU), namely those who came as young children, teenagers or in their early twenties. We’re only just getting into writing our factual life stories, so let’s be easy on ourselves and ENJOY our new-found confidence. Let’s also embrace the bigger picture of our Caribbean and African contribution to what is and is increasing as the sounds of UK Gospel. All that is missing are the SYSTEMS that we control, manage and determine, so that we can steer clear of the tricks of the systems that have previously held us back or created definitions that boxed us in. More importantly – and what is more pertinent – we will change our own ‘bad mindsets’ that have been at least self-debilitating and at worst self-destructive.

Robert Randolph And The Family Band official video for ‘Have Mercy’