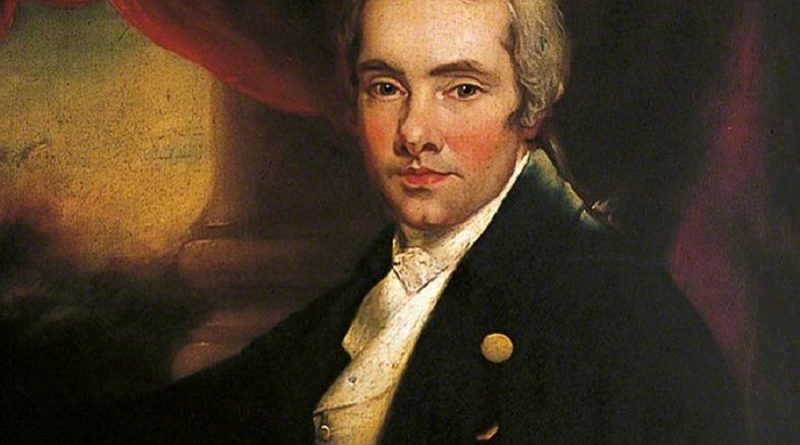 Over the summer I want to look at some of my favourite Christian heroes. One figure who stands high is William Wilberforce (1759–1833). Although he is remembered mainly for leading the battle against slavery, he did an enormous amount of good in many other areas.

Wilberforce was born into a Yorkshire family and after going to Cambridge University, where he seems to have done as little in the way of studying as possible, he became an MP in 1780. He was to later admit that at this time he had no other ambition than to promote his own career.

In 1784 his life changed when he converted to the Christian faith. He took his new relationship with God so seriously that he considered becoming a clergyman, but accepted advice to stay in politics. He soon became involved with other Christians who were determined to work out their faith in changing society for the better. For many of them the pressing issue of the time was the abomination of slavery and the evil trade associated with it. Wilberforce joined them and, gifted with eloquence, he became the champion of the anti-slavery cause and made it his life’s mission. Although bitterly opposed by those who had interests in what was a very profitable business, Wilberforce persistently introduced Bills from 1789 onwards to abolish first the slave trade and then slavery itself. Despite defeat after defeat he persisted until finally, in 1833, just three days before his death, the British government passed the Bill to abolish slavery. His lifelong battle had been victorious.

Wilberforce was also involved in many other social issues: he campaigned on behalf of single mothers, orphans, Sunday schools, juvenile delinquents and children employed as chimney sweeps. He helped set up many organisations such as the Church Missionary Society and the British and Foreign Bible Society, and was a founder member of one of the first charities against animal cruelty, what is now the RSPCA. Although it has what is now an unfashionable title, his Society for the Suppression of Vice stood against many of the social evils of his day (and, sadly, ours): drunkenness, corruption, prostitution and animal cruelty.

In these days, when every figure of the past is scrutinised by whatever standards are currently held, there are those who might find fault with Wilberforce. He was as much a man of his time as we are of ours, and on many social issues was very conservative. Yet, as he would be the first to agree, the ultimate issue is not how any of us measure against the fluctuating and ever-changing standards that our culture creates, but how we measure up against those of God. Indeed, if we are to condemn, we should remember that to judge is to be judged. If we point a finger in accusation it means three fingers point back at us. After all, it is not as though we live in a time of no evils or injustices. Were he alive today, I think Wilberforce would be a busy man.

Let me suggest five things that challenge me about William Wilberforce.

1)    He applied his faith. As many Christians have done, before and since, he could easily have separated his spiritual life from his daily work. He didn’t. With Wilberforce there was a wonderful harmony between what he believed and what he sought to achieve.

2)    He served in costly leadership. A small, frail man with poor health, Wilberforce willingly took on a role that he knew would make him a target. We may view him as little short of a saint today but for many of his contemporaries he was a man of dangerous ideas who deserved to be criticised and obstructed. He paid the price for leadership.

3)    He had determination. Wilberforce persisted in his battle against slavery, not just for months or years, but for decades. He realised his calling and he stuck with it. His was truly a ‘purpose-driven life’.

4)    He had wisdom. Wilberforce was a strategic thinker, sought the support of others and built friendships and alliances from as wide a circle as possible.

5)    He guarded his spiritual life. With all his involvements and activities, Wilberforce could easily have had his faith crushed under the weight of his duties and responsibilities. Yet he knew that only God could be the source of the strength he needed. To the very end of his life he remained permanently dependent on the grace of God.

William Wilberforce was an example of a true conversion to Christ. Today, some are cynical of an individual ‘becoming converted’ or being ‘born again’. If any sort of change to faith is talked about, it’s that of a gradual process or some sort of ‘spiritual journey’. The unarguable reality with Wilberforce is that he did undergo a dramatic transforming conversion. He reminds us that conversions do happen, and they can have remarkable effects.

Finally, given that Wilberforce was already a Member of Parliament when he converted to the Christian faith, it inspires me to pray for the same thing to happen to today’s politicians.

Retired Pope to be removed as celibacy book author