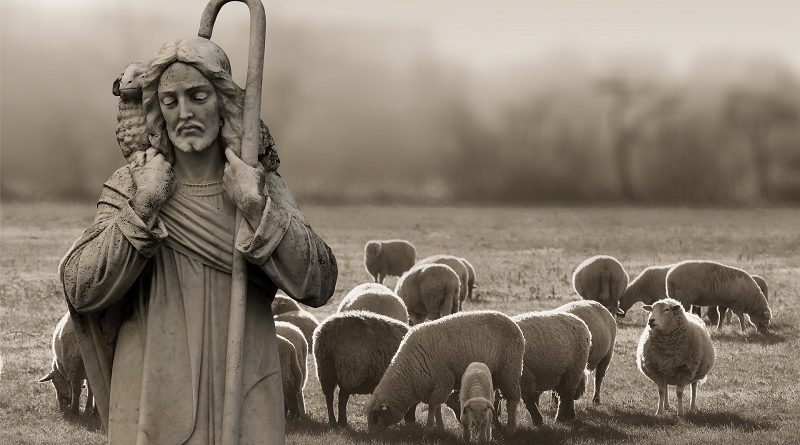 Batman has the wealthy businessman persona. Spiderman has school and a camera. Superman has, well, glasses. Each of these classic superheroes hides his true identity underneath the (admittedly thin) layer of an alter ego.

Jesus, however, directly tells others to keep quiet about his identity. This motif of secrecy first surfaces in Mark 1:24–25, when he commands a demon to “be silent,” and it runs through Mark’s Gospel. But why does Jesus do this? Doesn’t he want people to spread the news about him?

Modern debate about this “messianic secret” dates to the 1800s. Though a firm consensus has yet to emerge, we can sketch an answer by tracing the various ways the silence or secrecy motif plays out.

Pattern of Revealing and Concealing

To begin, it’s important to note that Jesus’s commands for silence form part of a broader pattern of simultaneously revealing and concealing who he is.

Jesus’s commands for silence form part of a broader pattern of simultaneously revealing and concealing who he is.

On the other hand, Jesus sometimes does the opposite and conceals himself. Most prominent, of course, are his stern commands to three different audiences not to speak about him:

Running alongside these commands are Jesus’s parables, which, per Mark 4:11–12, are counterintuitively intended to conceal truth from people. Moreover, Jesus’s repeated use of “Son of Man” insinuates his exalted status (for those who have read Daniel) while also concealing it from outsiders who may simply hear it (especially in Aramaic) as an indirect way of saying “someone like me.” Finally, Jesus employs both silence (14:61; 15:5) and self-disclosure (14:62; 15:2) in his trial.

The commands to silence, then, are pieces of a broader puzzle of Jesus’s revealing and concealing. In fact, each comes directly after a significant self-revelatory scene. Let’s sketch what these secrecy commands seem to be accomplishing in Mark’s narrative. The commands to silence appear to play different roles based on audience, particularly “outsiders” (who aren’t part of Jesus’s close circle of followers) and “insiders” (who are).

Let’s begin with the former.

For Outsiders (Demons and Crowds)

With evil spirits, Jesus’s commands to “be silent” and “not to make him known” (Mark 1:24; 1:34; 3:12) come on the heels of the spirits’ crying that he’s the “Holy One of God” (1:24) or “Son of God” (3:11). Jesus forbids them from speaking, then, “because they knew him” (1:34). Apparently as supernatural beings they have insight into who Jesus really is: the divine one from God. At this stage Jesus either didn’t yet want that message to be made known, or he didn’t want demons to be the ones revealing it—or perhaps both.

At this stage Jesus either didn’t yet want that message to be made known, or he didn’t want demons to be the ones revealing it—or perhaps both.

With the various recipients of miracles and/or crowds whom Jesus commands to “say nothing to anyone” (Mark 1:43) or “to tell no one” (7:36), the secrecy motif functions somewhat differently. As soon as Jesus appears on the scene, word starts spreading like wildfire about his teaching and miracles. With this comes all kinds of theories about who he is, including “Elijah . . . [or] one of the prophets from old” (6:15), a resurrected John the Baptist (6:14; 8:28), and/or a Davidic king who will reestablish Jerusalem’s monarchy (11:10).

Thus, on the heels of various miracles, it seems Jesus commands silence with two objectives. First, he may be attempting to prolong his ability to travel due to ever-growing crowds (e.g. Mark 6:53–56). Indeed, regularly in Mark we see how Jesus seeks solitude but is thwarted by crowds—“he could not be hidden” (7:24). Second, he may have been mitigating the spread of (mis)information about him, to avoid raising the suspicions of his opponents (e.g., 6:14), and prevent things from spiraling out of hand before the right time. Ironically, however, “the more he charged them, the more zealously they proclaimed it” (7:36)!

In other words, for outsiders the secrecy motif relates to concealing who Jesus is—and isn’t—until the proper time has arrived for his true revealing.

For outsiders the secrecy motif relates to concealing who Jesus is—and isn’t—until the proper time has arrived for his true revealing.

Why the command to silence?

At this stage in Jesus’s ministry, he has begun to speak “plainly” (Mark 8:32) to his disciples so that they might understand “what was to happen to him” (10:32). Three times Jesus makes clear that his messianic mission—contrary to popular opinion—will entail rejection, death, and resurrection (8:31; 9:31; 10:33–34). Yes, he’s a miracle worker, and the “Christ,” and the “Son of God.” But the big “reveal” is that he came to die for sin.

Thus, Jesus commands them to be silent because they—despite his plain self-revealing—still struggle with incomprehension. For insiders, the secrecy motif highlights not how Jesus keeps his identity a secret, but rather how they have failed to grasp what he has revealed to them. It’s not Jesus who is concealing truth, but their own hearts.

This makes Mark 16:8 all the more fitting: even after his resurrection, the female disciples “said nothing to anyone, for they were afraid.” Mark’s story ends with silence.

In sum, Jesus’s commands to silence seem aimed at controlling the spread of information about Jesus as well as its timing: he is the Messiah and divine Son, but that is only fully revealed at his death and resurrection. Until then, the misunderstandings result in shrieking demons, spiraling crowds, and obtuse statements by the disciples.

But what about us as readers of Mark’s Gospel? We know from the outset that Jesus is “Christ” as well as “Son of God” (Mark 1:1). And we know how the story ends.

Yet we, too, struggle with incomprehension. We, like the crowds, may be attracted to the wonder-working Jesus and ignore his call to suffer. We, like the disciples, may want a “Christ” of our own design but not the dying one on the cross. We, too, may feel the inward pinch to “say nothing to anyone” about the Son of God.

Let the secrecy motif of Mark, then, remind us that the secret is no more. We stand downstream of the full revealing of Jesus. Nothing is concealed.

So let’s not be silent.