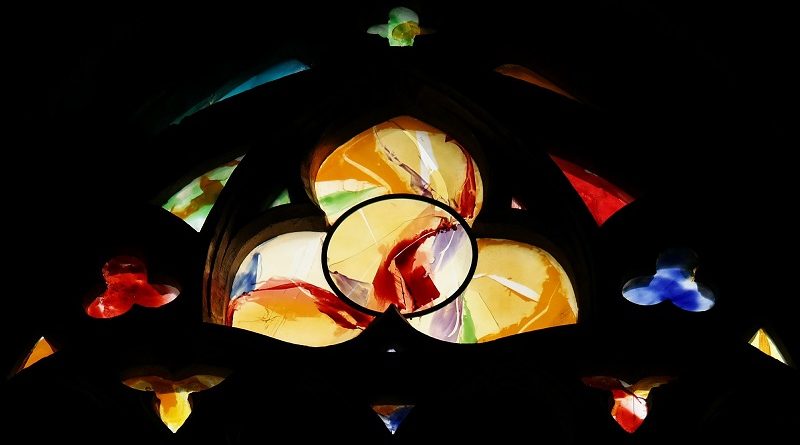 We’re told it’s difficult to describe, impossible to understand, and not even found in the Bible. So why should we care about the Trinity, aside from the fact that it’s true?

Much has already been written and said about why the doctrine of the Trinity is so central. But the essential importance of understanding God as triune—one God eternally existing in the three persons of Father, Son, and Spirit—bears repeating.

Here are five (more) reasons why it matters greatly that we believe this doctrine.

1. The Trinity Distinguishes Our God

Many assume Muslims, Jews, and Christians worship the same God. In reality, Muslims and non-Messianic Jews profess a mono-personal god, rather than the tri-personal God of the Trinity. This distinction is critical.

A mono-personal god could not be eternally loving and gracious. Before he created the world, he couldn’t have loved; at least, he could have only loved himself. He would best be defined in his solitude by self-serving egotism. That leads to a worldview prioritizing power, as opposed to our Christian worldview which considers love the most important commandment and enduring virtue (Matt. 22:36–40; 1 Cor. 13:13).

We believe God never has or will change. We also believe God is love (1 John 4:8). The Trinity explains how God was love before he created. The three persons divinely and eternally loved one another. He has always, in himself, been defined by love.

At the same time, our tri-personal God must be distinguished from polytheism—for example, the Brahma, Vishnu, and Shiva of Hinduism. We do not worship three gods. The Lord our God is one (Deut. 6:4).

As world religions continue to multiply, and against a rising tide of universalism, this distinctive will only become more essential to how we communicate our faith.

2. The Trinity Makes Sense of the Old Testament

The early church coined the term “Trinity” in the late second century to articulate the mystery revealed by Christ (Eph. 1:9; 3:3). But the first glimpses of plurality within God are recorded in the Old Testament, not the New.

From the very first chapter, the Spirit of God is introduced (Gen. 1:2) and God refers to himself by the plural pronouns “we” and “us” (Gen. 1:26–27; 3:22; 11:7; Isa. 6:8). While the oneness of God is strongly emphasized, the word used to describe God as “one” in Hebrew scripture, ehūd, is an elastic term that can be used to describe unity in diversity. Similarly, “Elohim” and “Adonai,” used for God in the Old Testament, are plural terms, perhaps foreshadowing a reality not yet fully revealed.

Drawing from Exodus alone, the Gospels identify Christ as the “I Am” (Ex. 3:14; John 8:56–58), the rock in the wilderness (Ex. 17; 1 Cor. 10:4), and the one who saved the Israelites from Egypt (Jude 5). The risen Christ interpreted things concerning himself throughout all Scripture (Luke 24:27) and even used Psalm 110:1 to prove the Jews’ innate assumption of a second person in the Godhead.

3. The Trinity Provides a Framework for the New Testament

Christ was not a created human who conjectured a self-originated way of coming to God. While he was fully human, he was also fully God, as he had been from the beginning (John 1:1) and will be forever. This is difficult to explain. But the Trinity helps.

4. The Trinity Is the Basis of Our Relationship to God and His Church

Because the Father, Son, and Spirit were perfectly unified before the creation of the world—loving, serving, and glorifying one another—we can be confident God didn’t create us out of a needy desire to fill an inner relational void. That is very good news for us, because we never could do that.

God did not create us out of a needy desire to fill an inner relational void. That is very good news for us, because we never could do that.

United with him in love, so too we are united with his people—those with whom we are built together in the Son to be a dwelling place of the Father by the Spirit (Eph. 2:22). As the three persons of the Trinity are mysteriously united as one, so all the tribes, tongues, and nations of God’s people (Rev. 7:9) are one in him.

5. The Trinity Explains Our Mission

As we see the Father sending the Son and the Son sending the Spirit, so we see our own Great Commission as a continuation of the Trinity’s mission in the world (John 17:18; Matt. 28:18–20). We too are sent—according to the foreknowledge of the Father, for obedience to the Son, in the sanctification of the Spirit (1 Pet. 1:2).

As each person of the Godhead glorifies the other, we are invited to glorify and testify to God also, throughout the world he made. At the cross we see the ultimate glorification of the Father as the Son lays down his life for us, in order that we might receive the Spirit of adoption as children of God (John 12:28; Rom. 8:15). And we likewise are called to lay our lives down for others (John 15:13), glorifying God as we do. In this way, we carry on the missio Dei—the mission of our triune God.

The Trinity Is Central

We will never fully comprehend our triune God. The only kind of god we could fully understand would be a god we made in our own image. But in reality, we are the ones who have been made in his (Gen. 1:26–27).

As we draw near to God, we can assure ourselves that he reveals himself to those who seek him (Jer. 29:12; Heb. 11:6). The more rightly we perceive him, the more deeply we can treasure him, the more fully we can worship him, and the more passionately we can join him in his work throughout the world. 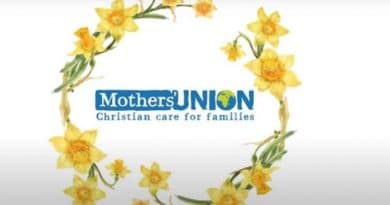 Join Mother’s Union for Seven days of prayer for women