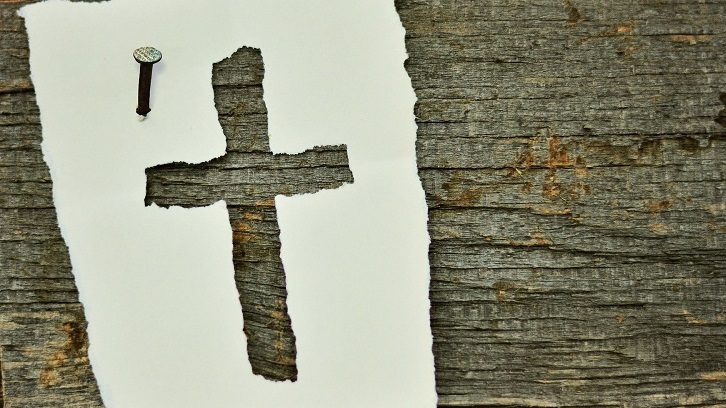 Many Christians have been denied food and relief aid and excluded from support systems during lockdown. They have been abandoned by families because of their faith and refused relief by governments and NGOs.

At the same time, several countries have stepped up persecution against Christians. One of the worst offenders is China, where Christians have been arrested for holding prayer meetings online.

‘The situation has got much worse for many Christians during lockdown,’

‘COVID-19 is having a devastating impact on the lives of many poor Christians. In places hostile to the faith Christians are experiencing increased hardship.

‘Food is now in short supply. They are unable to work and can’t earn, and support is being withheld because of their faith. Their cries for help are being ignored by local charities who are distributing food packages only to families of other faiths. We can’t afford to delay. These Christians need our help.’

In Algeria, many Christians are suffering badly in the lockdown.  There is no social security in the country or government support.

‘Many Christian families have had to stop work because of the lockdown and have lost their income. They have been rejected by society and their families as a result of their faith. The demand is huge.’

In the words of one persecuted Christian from Afghanistan: ‘Covid-19 is just another difficulty to deal with…’

For Eritreans fleeing persecution, lockdown meant they were barred from refugee camps and unable to get support from UNHCR. Those struggling include Christians imprisoned for their faith for up to ten years, who have suffered trauma behind bars.

Release partners say some of these Christian refugees now face continuing discrimination in the camps because of their faith.

Many have been disowned by their families for converting to Christianity, so receive no support. And they refuse to resort to crime to get the money and supplies they need.

In Pakistan, where many Christians live in poverty, the situation is especially hard for converts from a Muslim background.

The only form of social security is family support. And here too Muslim families often withdraw support for family members who change their religion.

‘These individuals have been rejected by society and their families as a result of their faith.’

Lockdown means many poorer Christians no longer have enough money for food or rent, let alone facemasks or hand sanitiser.

‘The government is not able to support Christians in the villages, slums or brick kilns.’

In several countries, lockdown has led to an increase in persecution.

In Upper Egypt, where Christians come under pressure and discrimination for their faith, some organisations are allegedly refusing food and support to Christian families. Release partners report: ‘The authorities are helping Muslims but not Christians. And churches that try to help are being closed by police order.’

In China, Release partners say the government is using the pandemic to step up its crackdown against Christians.

‘They have accelerated campaigns such as the forced demolition of crosses against even government-sanctioned churches.

‘Pastors have been rounded up for sharing the gospel and distributing facemasks on the street.’

The authorities have ‘totally prohibited’ online church services and prayer meetings: ‘nothing constituting a religious service is allowed.’

A Christian from Shandong who called for nine days of prayer and fasting for victims of the virus was arrested after seven days, accused of organising an illegal online prayer service.

In Nigeria, the lockdown deepened the insecurity facing many Christian villagers, who face attacks by Fulani militia. Release partners report: ‘Militants used the pandemic as an opportunity to increase attacks on Christians and other non-Muslims.’

‘Our partners have verified many cases of Covid19-related persecution and discrimination. And for every example we are aware of, there will be many, many more.

‘For many struggling Christians Covid has made things harder. Many have been disowned by their families because of their faith. Right now, it’s up to us in the family of faith to give them our support.’

You can find out more at www.releaseinternational.org/covid

Partners of Release International are providing food parcels to impoverished Christians in Algeria, Ethiopia, Egypt, Nigeria, Pakistan and Turkey, who have been locked out of support because of their faith.

And through its international network of missions, Release International is active in some 25 countries around the world, supporting pastors, Christian prisoners and their families; supplying Christian literature and Bibles, and working for justice.

Why charismatic Christianity is popular with migrants