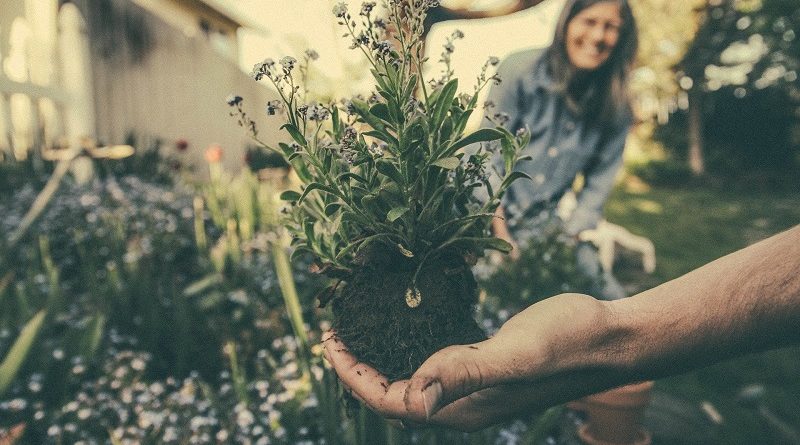 The beet is shouldering—growing, rounding, pushing its back up and out of the dark underground and into the air. When it’s halfway in and halfway out, you’ll know exactly how big it is. You’ll know when it’s ready. Somehow, God’s design for these root vegetables (carrots, turnips, radishes, and beets) includes a foolproof signal of readiness. You’ll know. In fact, you won’t have to dig it up—it’ll come to you.

Seeds are tiny little packages of reactions, just waiting to be triggered. They get wet, get hidden in darkness, and are impelled to begin a process of reactions you have to see to believe: they pull nitrogen, oxygen, potassium, and other invisible spooks; they gather them together from the sunlight, soil, air, and water; they twirl them about and ingest them; they combine these to produce juicy, crunchy, sweet, spicy, and color.

In the Milky Way, the Grand Canyon, and the Pacific Ocean, God shows himself Lord of the macro glories. In gardening, he’s Lord of the micro ones.

Gardening makes me feel more human in two distinct ways. It humbles me and it does something that feels like the opposite of humbling, but isn’t: it dignifies, elevates, connects me to a process that makes me feel like a queen and a steward. It connects me to the creation mandate, which was mine since the day I was born a daughter of Eve. Born to subdue the earth by fostering life.

In the garden, I have a front-row seat to God’s work of overflowing productive beauty. In one sense, I’m only a spectator. I have no power over these spooks and enchantments. I don’t know how he made those little spiky beet seeds, resembling the top nub you pull off an orange before peeling. I don’t know how he encoded them to sprout into leaves of striped green and fuchsia, secret underground bulbs of ringed red. He did it by methods that date to the third day of our world’s turning.

In the Milky Way, the Grand Canyon, and the Pacific Ocean, God shows himself Lord of the macro glories. In gardening, he’s Lord of the micro ones.

He did it under my nose, and after I put those seeds under a thin layer of dirt. But in this case, correlation isn’t the same as causation. It happened after I put the seeds in the ground. But can I really say it happened because I put them in the ground? I couldn’t have caused a beet if I dreamed, planned, and experimented for a lifetime. He built this beet—out of blocks he carved into the air and ground thousands of years back. I just happened to be the one he blessed with it. He blessed me by letting my fingers be the ones to drop the seed, my knife that slices open the beet to see the bleeding rings, my mouth and belly fed by the fuchsia.

I was there to see it—but I was only the most indirect of causes.

But I still feel pleasure in being that indirect cause. I feel pleasure to have done labor and seen return. I feel pleasure like a key in a lock, like a dam against water, like a mole underground. Something in me is fitted to this work. Digging, mulching, suckering, planting, watering, fencing, and drawing plans are all little jobs—good for their own sake. But they also picture for me a greater work the Gardener is doing.

I love the illustrations built into a garden.

Weeds apparently act like sin, spreading quickly, growing without provocation, infecting any unused ground and space. They are a sign of futility (Gen. 3:17). They’re like rebellious people, thriving servants of their father the Devil who grow in the same places as the children of the Father, but who will be winnowed in the end (Matt. 13).

Cultivated plants are like people waiting for the kingdom of God (Matt. 13). God’s harvest of men. Jesus is a vine we want to be grafted into (John 15:5). Death precedes new life, like when a seed goes underground (John 12:24). When we’re baptized, it’s like the death of the grave, of the seedbed. Then we’re raised to new life, after which we’re meant to produce fruit a hundredfold (Luke 8:8). So put your hand to the plow and don’t look back (Luke 9:62).

Jesus references my shock-and-awe reaction to the beet when he talks about the mysteries of kingdom-building in Mark 4:26–29. He says the kingdom of God is like a man scattering seed, who then wakes up in the morning and “[h]e doesn’t know how the ground produces grain by itself—first the stalk, then the head, then the full grain in the head.” In other words, the mysteries of changed hearts, of a new family sprouting from the seed of the man, mysteries as profoundly beyond our reach as the change of a grain inside its head.

The mysteries of changed hearts, of a new family sprouting from the seed of the man, are as profoundly beyond our reach as the change of a grain inside its head.

There are other illustrations, implied in the act of gardening, though not explicitly spelled out in Scripture. Anyone who’s raising children and plants at the same time can’t help but see the similarities (cf. Ps. 128). Children, like plants, require care and protection when young so they can be fruitful and hardy when grown. Most of our relational lives are touched with futility, like gardening. Every time you turn your back on a garden, another pest has invaded, another blight has taken something down. The rain comes, and then it doesn’t. Then a storm comes and blows something down. A crop thrives. Then the second it gets ripe, it’s stolen by a raccoon, who rides a stalk to the ground before making off with the harvest (this is how they get corn, like little thrill-seeking bandits).

But in touching this chord of loss and frustration, gardening can also touch a chord of longing and hope. Because in gardening we wait for the day when Eden, the lost garden, is remade.

And in that waiting, we put our hand to the plow and don’t look back. 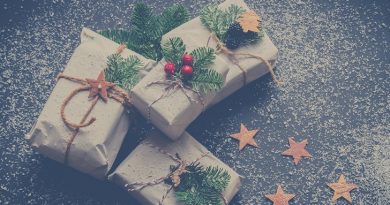