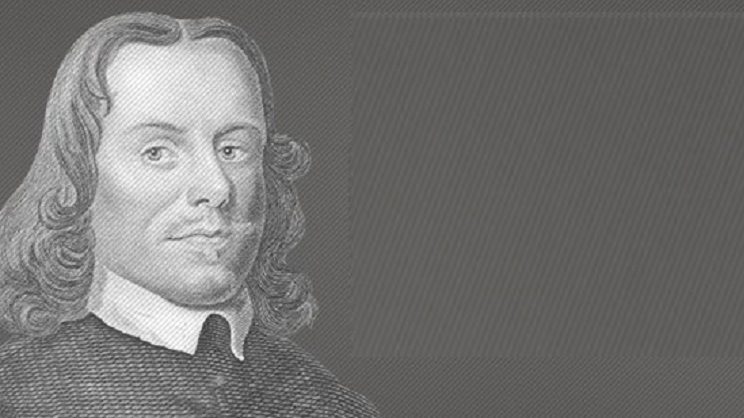 John Bunyan is one of the most influential Christians of all time. Although he wrote nearly 60 books, his influence rests on one: The Pilgrim’s Progress. It has sold more copies than any book other than the Bible and has helped countless numbers of people on the road to heaven.

John Bunyan came from the most unpromising background and lived in troubled times. Born in 1628 to a poor Bedfordshire tinker, a man who made a living repairing pots and kettles, the young Bunyan had the minimum of schooling. At the age of 16 he found himself on the Parliamentary side in the English Civil War, returning after three years to pick up his father’s trade.

Bunyan had grown up without any Christian influence and as a young man was wild and lawless. Nevertheless, in the 1650s a variety of factors brought him to faith in Christ. It was not a straightforward conversion and a long, agonising struggle was to take place before Bunyan felt confident that he was indeed forgiven and saved.

Joining a Baptist church, Bunyan soon became widely recognised as one of the most powerful Puritan preachers of his day, attracting crowds of over a thousand. When King Charles II heard that John Owen, the leading Puritan theologian of his day and Vice Chancellor of Oxford University, had been to listen to Bunyan preach, the king asked him why he had been to hear a ‘mere tinker’. The great man replied, ‘May it please your Majesty, if I could possess that tinker’s abilities to grip men’s hearts, I would gladly give up all my learning.’

With the memory of the Civil War still fresh, the government of Charles II was anxious to suppress any form of dissent and England became an unwelcome place for those who, like Bunyan, were church leaders outside the national Anglican Church. In 1661 Bunyan found himself thrown in jail for his faith and ended up being imprisoned for 12 years. Bunyan had to live with the possibility that he might be sentenced to death, and his separation from his wife, family and church were a bitter pain to him. Locked away in jail, Bunyan began to write books. In 1672 Bunyan was released and pastored a Baptist church in Bedford until his death in 1688.

The Pilgrim’s Progress, a work published in two parts in 1678 and 1684, is a remarkable book. At one level it is a novel of journeys in which various characters face enemies and dangers as they make their way to their destination of the Celestial City. Interwoven with this is insightful teaching on entering and living the Christian life. It is a skilfully told story that is creatively engaging.

As preacher, pastor and writer Bunyan knew he was someone entrusted by God with a message to proclaim. How he delivered that message inspires me.

First, Bunyan was committed to God’s message. He knew he had been called and gifted by God to proclaim the gospel of Christ. Faced with prison, Bunyan was offered a real-life ‘get-out-of-jail-free’ card; he could gain his freedom if he promised not to preach. He refused: he had to preach. It’s easy to talk about ‘opposition’ to the Christian gospel today, but Bunyan knew real opposition and he stood firm. It’s a great encouragement that the attempt to silence Bunyan by imprisoning him backfired in allowing him the opportunity to write. Bunyan’s commitment to share the good news of Jesus whatever it costs is much needed today.

Second, Bunyan communicated the message effectively and powerfully through The Pilgrim’s Progress. Bunyan wrote in the language of everyday men and women and about ordinary people: his characters are individuals who we can all identify with. Bunyan wanted people to see themselves in his story and we do. Bunyan’s book is a masterwork on how to communicate the gospel and his skills are still needed.

Third, Bunyan was comprehensive in his message. One reason for the lasting success of The Pilgrim’s Progress is that it is not simply about how people should come to Christ but a guide to how they should live afterwards. Here conversion is not depicted as the end of the story but as the first step on what may be a long and challenging road. In The Pilgrim’s Progress Bunyan writes something that has not just depth but breadth; he shows us the Christian life with all its delights and temptations, joys and challenges, struggles and victories. Bunyan was an evangelist to those outside the Christian faith and an encourager to those within it. There is a godly wisdom for us all.

Finally, Bunyan was caring in his message. Bunyan was a pastor and had that essential gift for caring for people. He told the truth in love and for all the solemn warnings in The Pilgrim’s Progress it is filled with empathy and concern. In particular there is comfort and encouragement to those who are finding the journey of faith a struggle. Jesus was described as the one who ‘will not crush the weakest reed or put out a flickering candle’ (Matthew 12:20 NLT). Bunyan imitated him and we should too.

Bunyan was a man who had indeed the ability ‘to grip men’s hearts’. He shared God’s wisdom with an impact that few have equalled. If ever an age needed men and women like him, then it is ours. 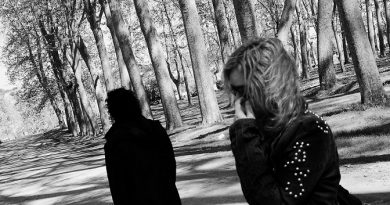 The Importance of Domestic Abuse Training