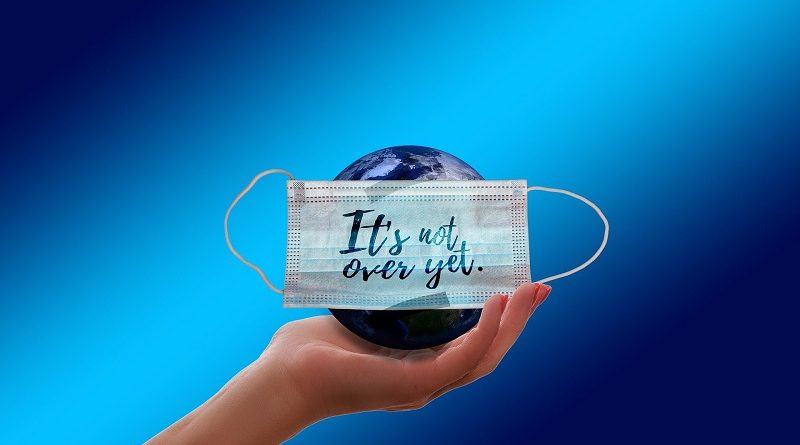 In God’s economy, problems, pains, and disruptions are designed have a positive effect on us. For one thing, they wean us from this world. They transfer our hopes and dreams from this fallen creation to our blessed hope in the new creation.

The COVID-19 crisis, the subsequent lockdown, and recent unrest across America are good examples of the kind of problems that accomplish this work. Through them God reminds us that, although there is much good on earth, this world is a closer suburb to hell than to heaven.

This might sound pessimistic, but it’s actually a rationale for optimism and joy.

I’m not saying people—believers and unbelievers—are never happy. Because of common grace, most people enjoy a measure of happiness. Common grace does not save, but it restrains sin on earth and confers good gifts on both the just and unjust (Matt. 5:45). Because of that, we benefit from civil government, the arts, literature, family life, hobbies, and other fruits of culture. For both saint and sinner, these gifts can make life meaningful, even rewarding.

Earth is a far cry from hell, to be sure. Still, there are at least three arguments that our planet is more similar to hell than heaven.

1. Prince of This World

The being most associated with hell is also “the ruler of this world” (John 16:11). He’s the prince of a kingdom, and it’s a kingdom of spiritual and moral darkness (Col. 1:13). For this reason, Paul refers to Satan and his minions as rulers, authorities, and cosmic powers that rule over this present darkness (Eph. 6:12).

Satan’s dominion is painful. He’s a thief. He comes to steal, kill, and destroy (John 10:10). Although his authority is great, it’s delegated and temporary. God is his Master; he is like a dog on a leash. Because of common grace, he cannot make us as miserable as he’d like, and we are thankful for that.

Seventeenth-century philosopher Thomas Hobbes summed up most people’s daily experience as “solitary, poor, nasty, brutish, and short.” Or in the words of Winston Churchill, “War is the story of the human race.” Just consider the last hundred years. World War I (1914–18) killed between 20 million and 25 million people and left central Europe a wasteland. The conflict was so terrible that pundits labeled it “the war to end all wars.” People are smart, they reasoned. We’ll never do something that foolish again. But just two decades later, World War II began. It killed an estimated 60 million and devastated Russia, China, North Africa, Japan, and Southeast Asia.

In heaven, there are no tears, no mourning, no pain, no suffering. But that’s not earth.

Such realism is difficult for Americans. Since the Civil War, we’ve lived in what some have called the “Disneyland” of human history. Unparalleled prosperity, political freedom, and peace have been ours to enjoy. Nevertheless, approximately 25 percent of North Americans still take a daily antidepressant. We have evolved technologically, yet there’s been no diminishing of pride, selfishness, lust, or the propensity to use other humans.

Earth, like hell, is a place where God’s judgments regularly occur. Think of plagues, famines, tsunamis, earthquakes, and floods. God is sovereign over them all.

“On the day you eat of it you will surely die” (Gen. 2:17), God warned Adam, and he was faithful to carry out that threat spiritually and eventually physically. Indeed, unless Christ returns first, every person reading this article will also experience the judgment of disease, aging, and death.

How Does This Help?

The ability to accept our fallen world helps us in at least two ways.

First, it frees us from the unrealistic expectation that life can or should be perfect. If I expect a Porsche 911 for Christmas but get a pair of roller skates, I’ll be unhappy. But if I expect roller skates and get a new electric bicycle, I’ll be thrilled. Our expectations have much to do with our happiness.

Those with realistic expectations are not surprised when family relationships break down, when depressions, wars, and church splits occur. They’re not surprised when riots destroy inner cities, or the coronavirus strikes. They are realists. They reject all forms of utopianism.

Utopianism is the conviction, rooted in pride, that humanity is perfectible. Communism and many forms of socialism are fundamentally utopian. Since the 1917 Russian Revolution, attempts to install utopias have caused the deaths of 80 million Chinese, more than 2 million Cambodians, and untold millions more in Russia, Cuba, and North Korea.

Our expectations have much to do with our happiness.

Second, accepting our world as fallen transfers our hope from this life to the world to come. This is how problems affected Paul. Because his expectations were realistic, his “light and momentary afflictions” turned his thoughts and hopes from “the things that are seen to the things that are unseen” (2 Cor. 4:18). Why? Because the things seen are flawed and transient, but the things unseen are perfect and eternal.

God hasn’t given up on his original plan. The utopia we long for is coming—but only after Christ’s return. That’s our fervent hope (Rev. 21:3–5).

We certainly should work for the common good out of love for God and neighbor, and we should seek to do away with sin both in and around us. But we shouldn’t expect perfection out of this life. Save your ultimate hope for the “joy inexpressible and full of glory” (1 Pet. 1:8) that awaits us in the world to come, a world where God promises to make all things brand-new.

Found: The Oldest-Known Photograph of Enslaved African Americans With Cotton

‘A white family raised me – I learned to love being black’