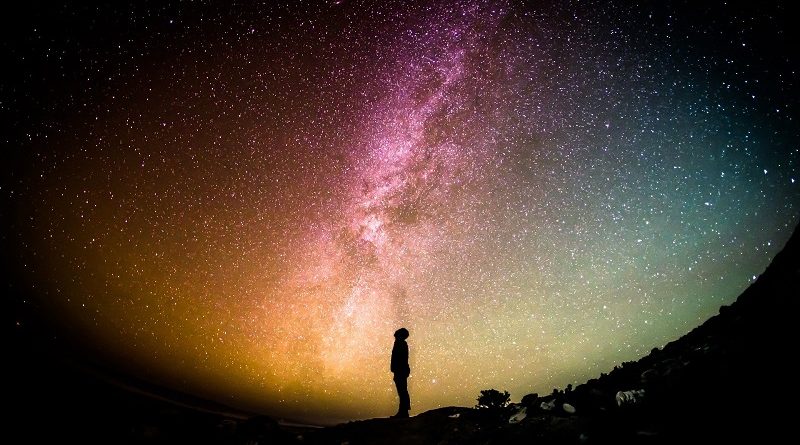 Humans have a unique capacity for wondering about meaning, purpose, and value. No other being on earth, or as far as we know in the entire cosmos, shares our reflective nature. In Born to Wonder: Exploring Our Deepest Questions—Why Are We Here and Why Does It Matter?, Alister McGrath sets out to explore the significance of this remarkable human trait. McGrath, a professor of science and religion at Oxford University, has extensive backgrounds in both science and also theology. He seeks to integrate those disparate disciplines in order to shed light on the human condition from a Christian point of view.

The book is divided into three parts. The first, “Wondering About Ourselves,” focuses on human nature and our proclivity for asking questions about our origins and purpose. In the second and lengthiest part, McGrath turns to “The Human Quest for Meaning.” The final part, “Wondering About Our Future,” tackles the topics of sin and the prospects for progress as a species.

McGrath sets the current scene with a short tour through the history of thought. He makes a compelling case for thinking of ourselves not merely as concatenations of atoms; we need multiple perspectives on human nature that account for all aspects of our complicated identity. Psychological, emotional, spiritual, social, and other factors are as important to who we are as the lowest-level structural truths about our chemical composition, to which many try to reduce us. McGrath rightly encourages us to resist efforts at reductionism that would claim, as many contemporary secular scientists do, that we are merely complex collections of those physical elements.

The second part focuses on the search for meaning that emerges time and again from earliest history to the contemporary era. As McGrath notes, the psychological findings are clear: we need meaning to flourish. A little reflection also clarifies another important truth: science cannot provide it. This is where McGrath is at his best. As is typical of his approach, he carefully investigates the claim that science can provide all the moral, spiritual, and social insight we need to live fulfilling lives and finds it wanting. Scrutinizing people like Richard Dawkins (one of his favorite targets) and the other “New Atheists,” McGrath systematically reveals the inadequacies of their position. Science can provide facts, but never meaning.

Taking up C. S. Lewis’s mantle, McGrath makes the case that Christianity provides a way of seeing the world that can’t be furnished by secularism. This way of seeing can make sense of science, but more importantly it can provide a framework for understanding our lived experience that science can’t supply. He makes a useful distinction between two ways of looking at things: the view from the Balcony, and the view from the Road. From the Balcony, he argues, we can see things from a detached perspective, looking down on them from outside and above. This view can provide some level of objectivity as science does. But we don’t live our lives there—we walk along the Road, and the view from there is quite different. From the Road we’re immersed in our experiences, seeing them from within. Christianity, not atheism, is able to address both views and imbue them with meaning.

In the last part of the book, McGrath presents several strong arguments for why we still need the concept of sin—a hard sell with a modern secular audience. In an era when sin is identified primarily with external structures that corrupt or oppress from the outside, McGrath methodically and convincingly argues that the universal depravity spoken of in Christian hamartiology precedes and causes those larger societal failings; structural and institutional corruption ride piggy-back on personal sin and wouldn’t exist without it. He traces the history of various humanisms to show how their optimism about human nature is not supported by either science or experience. The case he builds for the Christian doctrine of sin is informed, thoughtful, and compelling. He uses this insight to show that we are helpless to redeem ourselves, undermining the promises of transhumanism and pointing to our need for a Savior.

Most Christian readers will benefit from the way McGrath lays out his central ideas, and unbelievers will be forced to confront the deficiencies of naturalism. But there are a few things some readers may be less happy with.

First, aspects of McGrath’s theological anthropology will make some uncomfortable. As seems to be the trend with a growing number of modern theologians, McGrath is a physicalist about persons. That is, he doesn’t believe we have a soul or spirit; we’re only our bodies. As such, his position on human nature stands outside the mainstream Christian tradition and may face insuperable christological difficulties. But even more importantly, it also creates tension with the anti-reductionism he advocates. Given his materialism about persons, it’s hard to see how the scientists he takes to task are not right in the final analysis. McGrath offers no clue how the system of the body as a whole can somehow transcend and become greater than its constituent parts, escaping the threat of reductionism. On the assumption of materialism, the project of explaining everything about human nature solely in molecular and chemical terms might be difficult, given our complexity as physical systems—but that’s only a practical problem, not a theoretical one. Insofar as his project eliminates the soul as a component of human nature and embraces physicalist emergent personhood, it rests on controversial premises philosophically, scientifically, and biblically.

Insofar as his project eliminates the soul as a component of human nature and embraces physicalist emergent personhood, it rests on controversial premises philosophically, scientifically, and biblically.

Second, some elements of his account of sin may feel foreign. Most of it is helpful and squarely within the Christian tradition, but McGrath’s evolutionary views lead him to conceive of sin primarily in terms of the evolutionary development of our species. Instead of humanity’s sinfulness resulting from rebellion against God and a subsequent fall from grace, it’s depicted as the unfortunate holdover from behaviors that once served an evolutionary purpose but have now outlived their usefulness. Thus, human depravity is conceived of as something that “inclines us towards our animal natures, driven by deep Darwinian instincts of survival, dominance, and power.” On his account, the old Adam is just a way of referring to those unsavory aspects of our evolutionary heritage we’re trying to rise above.

Last, McGrath repeatedly asserts that contemporary philosophers are unwilling to address important questions of meaning—a subject central to his book and traditionally associated with philosophy. If this were true, it would indeed be lamentable. However, he almost totally fails to engage with contemporary Christian analytic philosophers; he instead turns to continental, existentialist, and postmodern philosophers of the past as his interlocutors. References abound to Kierkegaard, Nietzsche, Derrida, Rorty, Buber, Heidegger, Arendt, and the like. He shows no awareness, though, of the first-rate work of people like Robert Audi, Thomas Morris, J. P. Moreland, Philip Quinn, and many others who address the topic of meaning from an analytic philosophical perspective. William Lane Craig’s “The Absurdity of Life Without God” is a masterpiece on the subject, and a book like Goetz and Seachris’s God and Meaning—a collection of essays by analytic philosophers published in 2016—is more than enough to refute his claim that philosophers are ignoring questions of meaning, purpose, and value.

Despite those concerns, Born to Wonder a book worth reading. As with most of McGrath’s other work, there are copious quotations and references to scientists, philosophers, theologians, and scholars of nearly every stripe. He does an excellent job situating ideas in their historical context, and correcting common misconceptions about science and its relation to Christian faith. His style is winsome and engaging; thoughtful without being pedantic; clear but also deep.

Christianity is able to provide what science and secularism cannot: meaning, purpose, value, and answers to the deepest questions of our wondering hearts. 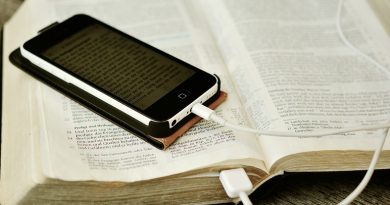