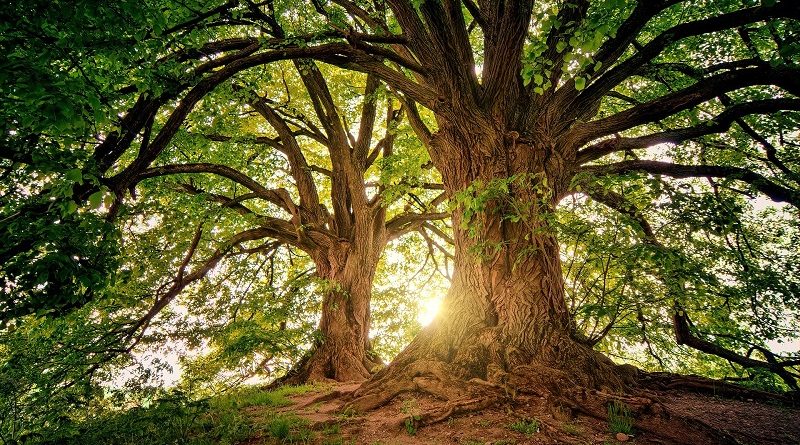 The Gospels tell a tale of trees.

It starts with John the Baptist. He comes preaching a gospel of repentance, warning the “axe is already laid at the root of the trees” (Matt. 3:10). Trees without fruit or with bad fruit will be cut down and consumed in fire (Matt. 3:10). Jesus reiterates the warning. Trees are known by the fruit they produce. Good trees bear good fruit, bad trees bear bad fruit, and the latter are destined for burning (Matt. 7:17–20).

These aren’t warnings of a generic judgment. John’s reference to the “axe” brings us back to Isaiah 10, where Yahweh takes up Assyria as his rod and axe to shatter and chop up the forest of Judah (Isa. 10:5–19). In Psalm 74, the temple is the forest hacked down by Israel’s enemies (vv. 1–7). Like many of the warnings of the Gospels, John’s and Jesus’s tree prophecies speak doom to the temple, shortly to be torn down block-by-block by the Romans (cf. Matt. 24:1–2).

The tale of trees comes to a climax during Holy Week. Jesus enters Jerusalem from the grove on the Mount of Olives (Matt. 21:1), and enters Jerusalem riding over tree branches (Matt. 21:8), like Yahweh marching over the trees to lead David into battle (2 Sam. 5:17–25). Jesus marches directly to the temple and, after inspecting and clearing God’s house, leaves Jerusalem to spend the night in Bethany. The next morning, he has a strange encounter with a fig tree. Finding it fruitless, he curses it: “No longer shall there ever be any fruit from you” (Matt. 21:19). According to Matthew’s account, “at once the fig tree withered” (Matt. 21:19).

Matthew juxtaposes the temple incident with the fig tree. In Mark 11:12–26, the two episodes form a classic “Markan sandwich”: Jesus curses the tree, Jesus clears the temple, the tree is withered. Both Matthew and Mark want us to see some connection between the two episodes. The earlier tree warnings provide the key. Jesus comes to the temple, looking for fruit that will prove the temple is a good tree. But the temple is a hideout for brigands, not a house of prayer. His curse on the fruitless fig tree symbolizes a curse on the fruitless temple. It’s a more pointed warning about the coming fire that will leave the temple withered.

Death of the Tree

Jesus is the good tree. He produces the fruit of good works, cleansing lepers, delivering the possessed from enslaving demons, healing the withered and sick, raising the dead. His words are nourishing food for those who hear. Even when Jesus goes into the wilderness, there’s plenty of food. His presence turns the wilderness into a fertile field.

As Holy Week continues, though, Jesus appears to become something else. He’s arrested, tried, and tortured. He no longer heals bodies, but suffers in his own. The man who battled Satan and cast out demons is subdued by the powers of darkness. At the last, he’s nailed to a tree (cf. Gal. 3:13). It seems the curse he pronounced on the fig tree has recoiled on him. Jesus, the fruitful tree, becomes Jesus, the withered tree. Which is precisely what has happened. God sent forth his Son, born of a woman, born under the law, to die under the law’s curse, to redeem those under the law. Jesus takes Israel’s curse on himself, and so he looks for all the world like a bad tree, prepared for the fire.

Immediately the tale of trees takes a turn. Jesus is elevated in his death, dried fruit hanging on a tree of death. After he dies, Joseph of Arimathea takes his body down and places it in a cave, Joseph’s own tomb. Jesus enters into a stone, into the earth. In the grave, Jesus is a seed, lying dormant. The seed of his body dies. Holy Saturday is a day of germination, as the seed gets ready to burst through the earth to bear much fruit (John 12:24).

Isaiah again provides the frame for seeing Jesus’s resurrection as another moment in this tale of trees. The Assyrian axe hacks Judah down to its roots, until there’s nothing left but the stump of Jesse (Isa. 11:1). When Assyria is finished, it’s as if David never existed, much less his dynasty. But from this unpromising stub of a tree, a branch grows, a new David filled with the sevenfold Spirit of God, who will judge for the poor, strike the earth with his rod, and slay the wicked with his breath (Isa. 11:1–5). Growing from Jesse’s barren root, the branch “will bear fruit” (Isa. 11:1). Jesus, the barren tree, springs from the tomb as Jesus, the tree of life.

The tale of trees becomes more elusive and allusive, but it doesn’t end with the resurrection. Nebuchadnezzar dreamed he was a tall tree with beautiful foliage and abundant fruit for all. Beasts rested in the shade beneath, and the birds nested in its branches (Dan. 4:10–12). The tree is a figure of Nebuchadnezzar’s empire, the birds and beasts a figure of the nations that live under his protective shade, fed by the fruit of Babylon.

Jesus, the barren tree, springs from the tomb as Jesus, the tree of life.

That’s the kind of tree Jesus becomes. He doesn’t remain a branch. He grows into a great tree that touches the sky. As he said, the kingdom is a tiny mustard seed, which grows into a great herb, big enough for birds to take refuge in its branches (Matt. 13:31–32). Jesus is the kingdom tree in person. He’s the greater Nebuchadnezzar, who ascends to be the imperial tree that connects heaven and earth. The withered tree has been raised and exalted to fill the whole earth.

Jesus is the world-tree, but he’s the greatest tree in a forest of trees. His canopy spreads out over the birds and beasts, overshadowing the church like the Spirit who hovered over the primordial waters (Gen. 1:1–2). Ascended to fill all things, Jesus pours out his Spirit like rain, which turns the desert into a fertile field, the fertile field into a forest (Isa. 32:9–20).

Drenched with the same Spirit that nourished the branch of Jesse, we too grow into trees, planted by streams of water, our leaves green, our branches ever fruitful. When the Father grafts us into Jesus the vine, we produce the fruit of the Spirit, the fruit of the withered-and-risen tree of life.

Food for Purpose – Are you drinking enough? By Shola Oladipo 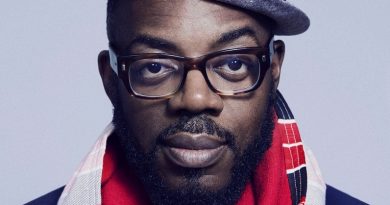 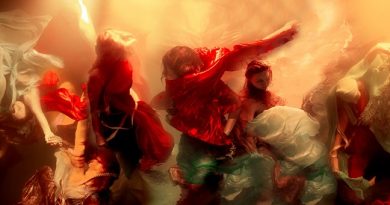