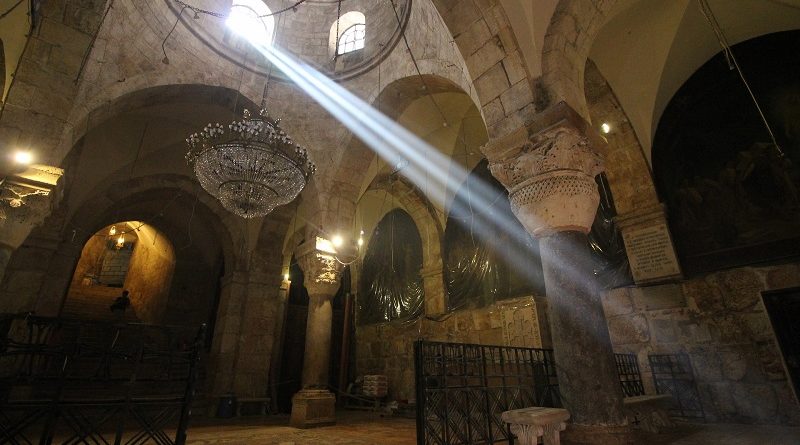 What is the earliest historical evidence for Christianity?

Virtually all scholars today, teaching in the relevant fields of ancient history, classics, and biblical studies—from all different religious backgrounds—agree on certain bedrock facts concerning Jesus of Nazareth. To name a few: Jesus began his public ministry after being baptized by John the Baptist, he was known as a miracle worker and an exorcist, he was crucified under Pontius Pilate during the reign of Tiberius Caesar, and after Jesus’s death, beginning in Jerusalem, a number of his followers (including a former enemy, Paul) proclaimed that he appeared to them alive, raised from the dead.

This is unalterable historical bedrock.

How do we know these (or any) historical facts about Jesus and early Christianity? Primarily from the New Testament documents originally written in the first century AD. But how close can we get to Jesus of Nazareth through these sources? In other words, what is the earliest historical evidence for Christianity? The answer may surprise you.

Closer and Closer to Bedrock

Among the oldest evidence for Christianity are manuscripts like Codex Vaticanus and Codex Sinaiticus from the early fourth century AD. Constantin von Tischendorf—the Indiana Jones of New Testament manuscripts—discovered Sinaiticus at St. Catherine’s Monastery in Egypt in 1859. He later wrote that he’d saved Sinaiticus from being burned by monks who’d already cast two heaps of similar manuscripts to the flames! Tischendorf went on to call Sinaiticus “the most precious biblical treasure in existence.”

Then there are the papyri manuscripts, many of which date earlier than Sinaiticus. Among the earliest is P52, a three-inch piece of papyri with five verses from the Gospel of John (18:31–33, 37–38). This little treasure is currently dated from AD 125–175 (though others argue for a broader range).

But followers of Jesus need to be aware of another revolutionary discovery that is greater than Sinaiticus, greater than P52, greater, in my estimation, than all the archaeological discoveries combined: the discovery of the pre-Pauline creedal tradition in 1 Corinthians 15:3–7. This has been rightfully called the “pearl of great price.”

This apostolic creedal statement is unparalleled in the New Testament. In fact, it’s unparalleled in all of ancient literature. Even if nothing else had survived from the early Christian movement besides this five-verse creedal tradition, we’d still have the essence of the gospel and the historical bedrock on which Christianity stands: “This Jesus God raised up again, to which we are all witnesses” (Acts 2:32).

Let us then behold the earliest evidence for Christianity:

Listed above is what scholars argue is the actual creedal tradition(s) Paul received, without Paul’s additional words and comments. This is a new discovery. Even New Testament scholar (and atheist) Gerd Lüdemann called this discovery “one of the great achievements of recent New Testament scholarship.” The early Church Fathers, medieval theologians, and reformers all knew, quoted, and commented on 1 Corinthians 15:3–7, yet it wasn’t until the turn of the 20th century that anyone realized it wasn’t originally composed by Paul, but was instead a creedal tradition Paul had received more than a decade before AD 49 or 50, when he planted the Corinthian church.

The two main reasons for this are found within the biblical text itself.

The second major reason is linguistic. Paul uses words and phrases here that he uses nowhere else. Phrases such as “died for our sins,” “in accordance with the Scriptures,” “he was buried,” “he was raised,” “on the third day,” “he appeared,” and “the twelve” are either only used here, or, if used elsewhere, are likewise influenced by tradition.

These considerations have persuaded virtually all scholars that 1 Corinthians 15:3–7 is a pre-Pauline creedal tradition. It dates before Paul’s earliest letters. But how early?

When and Where Did Paul Receive This Tradition?

When you survey the literature, scholars from all different backgrounds and faiths (or no faith) are virtually unanimous that this creedal tradition dates, on average, to within five years of Jesus’s death. A few argue for around a decade after Jesus’s death, some for within even a year. For instance, New Testament scholar James Dunn argues, “This tradition, we can be entirely confident, was formulated as tradition within months of Jesus’s death.”

Scholars from all different backgrounds . . . are virtually unanimous that this creedal tradition dates, on average, to within five years of Jesus’s death.

I believe that Dunn has the best estimate, and that only “months” after Jesus’s crucifixion were new converts learning and memorizing this creedal formula, possibly during the church-planting movement of the apostles and their disciples. It may have formed the foundation of an introductory catechesis for new converts. Further, 1 Corinthians 15:3–7 is the creedal summary and foundation for sermons in Acts (see Acts 10:39–40; 13:28–31) and the Passion narratives of Matthew, Mark, Luke, and John.

Where, when, and from whom did Paul receive this pearl of great price? Scholars contend it was either soon after his conversion in Damascus (AD 34) or three years later in Jerusalem (AD 37), when he spent two weeks with Peter (Gal. 1:18) and also met with James, Jesus’s brother (Gal. 1:19). I favor the latter option. It makes the most sense of how he received information such as “[the risen Christ] appeared to Cephas . . . [and] to James” (1 Cor. 15:5, 7). New Testament scholar and agnostic Bart Ehrman agrees: “This visit is one of the most likely places where Paul learned all the received traditions that he refers to and even the received traditions that we otherwise suspect are in his writings that he does not name as such.”

Christians Must Go on the Offensive

The most ancient source and earliest evidence for Christianity isn’t only a firm foundation for a Jesus follower to stand on, it’s also a powerful apologetic for challenging 21st-century unbelievers. The earliest followers of Jesus in the AD 30s were proclaiming that Jesus died on the cross for their sins and rose from the dead as Lord of the world. Jesus’s brother James, his chief apostle Peter, and his enemy Paul all claimed that the resurrected Jesus appeared to them. That these three men believed this is historically irrefutable (see 1 Cor. 15:11). Further, the historical evidence that these same three men were martyred for their faith is strong enough to convince even skeptics like Ehrman. Whatever these three men saw, it was worth giving their lives for.

Whatever Peter, James, and Paul saw, it was worth giving their lives for.

Moreover, the twelve and even more than 500 (!) claimed to have seen Jesus according to this ancient source. Two thousand years later, billions from Jerusalem to Papua New Guinea still believe they’ve encountered the risen Jesus by faith. As A. N. Wilson—a recent skeptic-turned-Christian because of the resurrection—wrote: “J. S. Bach believed the story, and set it to music. Most of the greatest writers and thinkers of the past 1,500 years have believed it.”

May we go into the unbelieving world, standing firm on this historical bedrock of 1 Corinthians 15:3–7 and gently demanding an answer: What is this power that transformed the apostles’ lives, turned the Roman Empire upside down, and changed the course of human history and the lives of billions to this day?

Who or what did they see?

Faith made Harriet Tubman fearless as she rescued slaves

Commit to a #FreshStart with your daily Bible reading in 2018