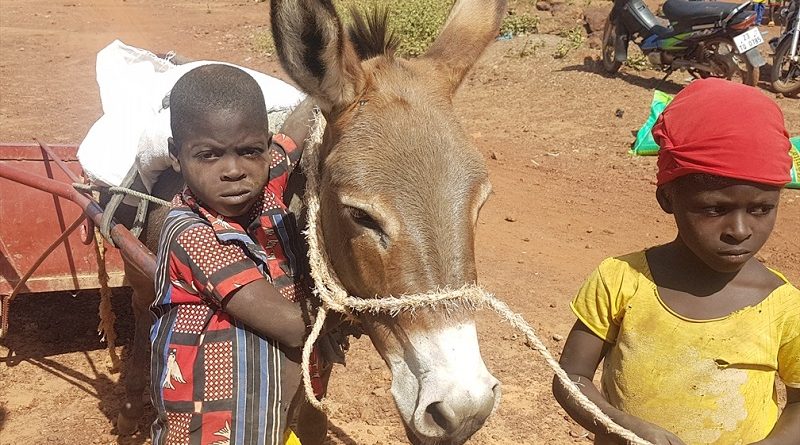 Churches across the North of Burkina Faso are being left deserted as Christians flee escalating violence from armed Jihadist groups.

More than one million people are now displaced in the West African nation in what the UN Refugee Agency (UNHCR) has said is now ‘the world’s fastest-growing humanitarian and protection crisis’.

And while the violence does not affect Christians exclusively, there is no doubt that they are specifically targeted says charity Open Doors UK & Ireland, which is sending emergency assistance to people in Internally Displaced Camps (IDPs).

According to one pastor in the North of the country, Karim*: “From Djibo to Dori – the north eastern triangle of Burkina Faso – you will find no open churches.

“Christians have fled to different refugee camps or safe cities such as Kaya, Kongoussi, Sapouy, Djibo, Ye or Ouagadougou.”

Open Doors’ senior analyst on freedom of religion and belief in sub-Saharan Africa Illia Djadi said: “Catholic Christians have been and identified by their names or by wearing crosses and killed.

“Others have been slaughtered when militants stormed their Church services and Christian leaders, including pastors and bishops, have also been targeted and murdered.

“An unknown number of pastors and their families have been abducted and remain in captivity.

“In Hitte and Rounga, Christians were given an ultimatum to convert to Islam or leave as part of a program to sow terror. Jihadists assassinated Christians and forced remaining believers to flee after threatening that they would return.”

Describing one attack, Pastor Joel*, from Sebba in the Sahel region of eastern Burkina Faso, said: “One evening unknown gunmen killed a deacon and abducted his two daughters, before going to a pastor’s house where they abducted him, his son and three other boys too.

“The deacon’s two girls were later released with a message from the jihadists saying that did not want to come back and find any teachers or Christians there.

“They warned the girls that they would kill them if they did not pass on the message.

“Two days later, the pastor and the boys were found dead.

“We left Sebba after that.”

Burkina Faso, a predominantly Muslim country, has long been a beacon of religious tolerance, known for the peaceful cohesion between different faith groups. The country’s 2012 constitution guarantees freedom of religion with every individual having the right to choose, practice and change their religion.

Open Doors is calling on the international community to provide humanitarian assistance to people displaced by the violence and to support the G5 Sahel countries of Burkina Faso, Mali, Mauritania, Chad and Niger, in their efforts to ensure security and continued development.