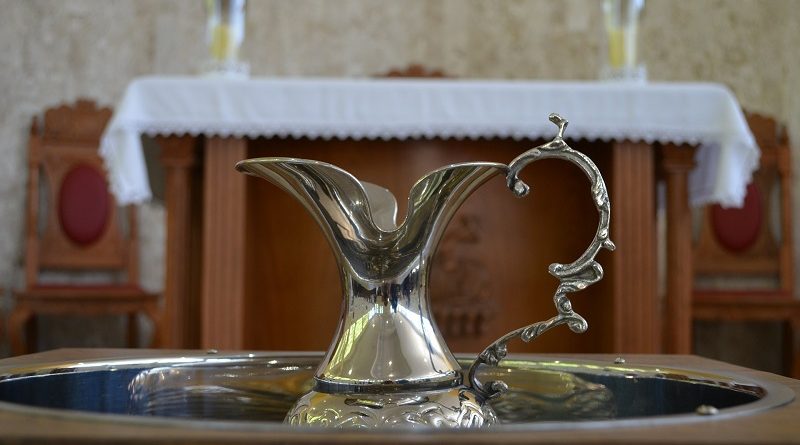 In the middle of a long and detailed discussion of the resurrection in 1 Corinthians 15, Paul drops a confusing bombshell:

Otherwise, what do people mean by being baptized on behalf of the dead? If the dead are not raised at all, why are people baptized on their behalf? (1 Cor. 15:29)

In a chapter full of clear, careful argumentation, this verse stands out. The Corinthian church certainly had its share of unsavory practices, but baptizing on behalf of the dead seems odd, even for them. Paul references it off-handedly, leaving us to scratch our heads, unsure of what was going on at Corinth. Is this a practice that should be carried out by the church today? Paul doesn’t condemn it. What, then, should we think?

It’s hard to say exactly what the Corinthian Christians were doing. Paul’s abrupt mention of baptism on behalf of the dead doesn’t provide much information. No wonder scholars estimate that more than 200 different theories have been proposed.

Here are the four most widely accepted interpretations.

Those baptized on behalf of the dead replace saints in the congregation who’ve died. To use military imagery: when one soldier falls, another rises to take their place.

They are baptized in honor of someone whose prayers or evangelism brought them to faith. For example, maybe Grandma prayed for your salvation throughout your youth, and you became a Christian after she died. On this theory, baptism for the dead would simply mean you’re honoring Grandma’s role in your salvation.

If a person was in the process of becoming a church member and died before they could be baptized, someone could volunteer to be baptized on their behalf. Why? Likely because of an erroneous view that baptism was a mystical rite necessary for eternal life. Perhaps they believed salvation wouldn’t be possible for one who died without baptism—unless a living person was baptized as a substitute.

Why would Corinthian Christians be doing something so different with baptism that it’s not mentioned anywhere else in the Bible?

In favor of this view, the phrase “on behalf of” or “for” the dead does seem to indicate a vicarious, or substitutionary, type of baptism. But this view faces some difficult questions:

John Calvin mounted a strong argument against the vicarious baptism theory, contending that Paul would refute a such an erroneous view of baptism. After rebuking the Corinthians for so many sins and errors, it doesn’t make sense that Paul would gloss over this unorthodox practice.

Calvin believed Paul was referencing an orthodox, Trinitarian baptism. He’d translate the phrase “baptized for dead.” He argued that if a new convert was preparing to become a church member and became sick to the point that death seemed imminent, they could request to be baptized without finishing their preparation.

Should We Baptize for the Dead?

Whatever view we find most convincing, the most perplexing things about baptism on behalf of the dead is that Paul neither condemns nor condones it. This doesn’t mean, however, that we cannot understand what Paul is teaching. Paul’s silence is perplexing, but it’s also instructive. The point he’s making is not actually about baptism on behalf of the dead. Paul simply acknowledges the practice, whatever it was, and uses it to construct an argument.

We must consider the entire chapter to understand the argument.

Paul begins by laying out a case for the historicity of Jesus’s resurrection. Next, he responds to those who deny the resurrection, asking how they can do so if Christ has been raised. He then lists the results of Christ’s resurrection: the dead will be raised, and Christ will return to establish his kingdom and defeat death once for all. Paul offers additional arguments for resurrection, then he mentions baptism for the dead in verse 29.

When we reach that verse, it’s as if Paul is saying, “If the previous arguments aren’t enough, here’s even more reason to believe in the resurrection of the dead!” Paul’s point is not to condemn or commend the practice. He simply wants to point out that without the resurrection, the practice is nonsensical. Again, it’s like he’s saying, “If you don’t believe in the resurrection, why baptize on behalf of the dead? Your practice contradicts your belief!” Paul wants us to consistently connect our faith and practice.

Paul’s point is not to condemn or commend the practice. He simply wants to point out that without the resurrection, the practice is nonsensical.

So should churches baptize on behalf of the dead? No. Paul isn’t implicitly commending this practice. (And we don’t know for certain what the Corinthians were doing, so we couldn’t emulate them even if we wanted to.)

Paul’s point has nothing to do with the rightness or wrongness of what the Corinthians were doing. Rather, his teaching turns on the hope of eternal life, which is ours by faith because Jesus conquered the grave.

Young and black in Northern Ireland