Black Lives Matter detonated on the world stage and organizations around the globe were forced to stop in their tracks and reevaluate their roles in systemic racism. Church organizations have been at the forefront of this ongoing conversation. Massive protest and a groundswell of outcries from the streets have forced the beginnings of new conversations, acknowledgements of past misdeed and the need for structural changes in society. Dismantling systemic racism was now no longer a far flung and aspirational notion.

The United Kingdom was, quite truthfully, bled dry by World War II. The overall British economy needed to be rebuilt from the ground up. This was a time almost as critical as the war itself. The government recruited Afro-Caribbean migrants and offered them jobs that would help rebuild the British economy. This new workforce was recruited to work in the production of steel, coal, iron, agriculture, public transport and in the national Health Service. The first arrivals docked on 22 June 1948 in Essex aboard the Empire Windrush

Historically, the first Afro-Caribbean immigrants in the United Kingdom faced extreme intolerance from most of the white population. Similar to the United States, many Afro-Caribbeans struggled with acclimation to the United Kingdom. It was the early indicators of systemic racism and white privilege. The systematic exclusion prompted the denial of access to private employment and accommodation because of their skin color. Similar to the Jim Crow laws in the United States, black people in the UK were also banned from many pubs, clubs, and even churches.

Despite the challenges, the Afro-Caribbean’s banded together to build communities of support for one another. As the stories passed down through generations, many Blacks were able to succeed by gaining a solid foundation through home ownership.

On June 22, 2020, Prince Charles acknowledged the contributions of Blacks in the United Kingdom,

“Today, as we honour the legacy of the Windrush generation, and the invaluable contribution of Black people in Britain, I dearly hope that we can continue to listen to each other’s stories and to learn from one another. The diversity of our society is its greatest strength and gives us so much to celebrate.”

As a citizen of the United Kingdom, my husband was proud to see the leadership of Prince Charles as he took the time to publicly acknowledge the contributions of Blacks. I would be remiss if I did not share his acknowledgement of the Black contributions.

As I have worked in many organizations in years past, I have encountered discrimination and systemic racism. It is something so hard to put your finger on especially when it is covert or hidden and not overt or open.  In the southern states of the USA, you often didn’t have to question whether you stood with white people as one who is black. In the northern states, I have found that processes and laws were implemented to regulate and control.  It is in these times that I want to lay out how we bridge across the silent divide that we are confronted with.

As we have more crucial and courageous conversations, we must learn to do three things: listen, love, and learn.

Listening is one of the most difficult things that could be done. Many people fail to listen to one another actively. The bible reminds us in James 1:19 (NIV) “…Everyone should be quick to listen, slow to speak and slow to become angry…”

Love is critical to become more like Christ in this season. We are reminded in Colossians to take on qualities of Christ more than ever before.

Colossians 3:12-14 (NKJV) “Therefore, as God’s chosen people, holy and dearly loved, clothe yourselves with compassion, kindness, humility, gentleness and patience. Bear with each other and forgive one another if any of you has a grievance against someone.”

Learn: The final quality that I want you to consider is the ability to learn. The ability to take the time with someone as you would yourself is likened to loving your neighbor as yourself.  Galatians demonstrate the love needed to learn.

Galatians 5:13-14 “For you, brothers, were called to freedom; but do not use your freedom as an opportunity for the flesh. Rather, serve one another in love. The entire law is fulfilled in a single decree: “Love your neighbor as yourself.”

Collectively, as my pastors reminded us that we must keep the Word of God central, next, we must allow the Holy Spirit to shape each of us as He leads us into deeper places of understanding one another. Ultimately, he understands His will for the Body of Christ in the middle of these

As always, I am The Bridge. The gateway to get you from where you are to where you want and need to be.

As the author of The Bridge, it is my obligation to give you a transformational word of encouragement to transition in these uncertain times.

I invite you to consider me as your Bridge coach over your journey. If you want to hear and learn more please find me at https://www.wytv7.org/the-bridge. Learn about yourself today, consider coaching, CRACK YOUR CODE at https://bp.crackmycode.com/thebridge and receive your free gift and a complimentary 15 minute Zoom coaching session. 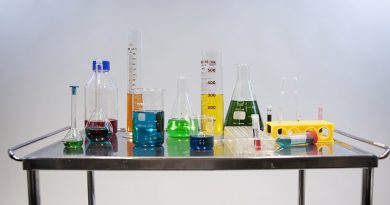