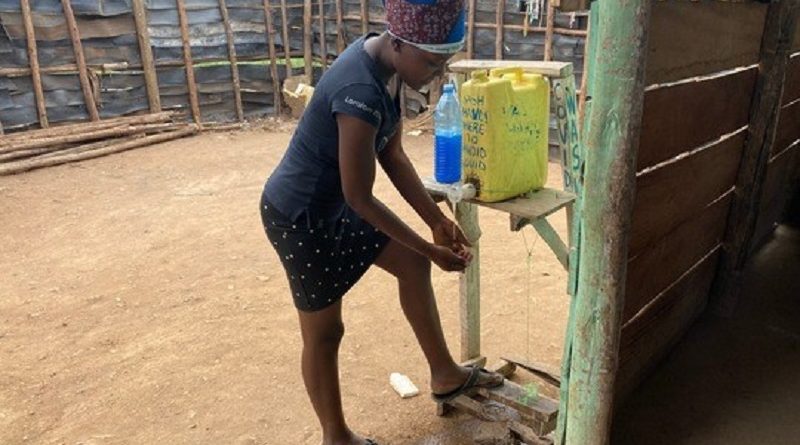 A flurry of responses to the COVID-19 pandemic has demonstrated that good hand hygiene saves lives. But this simple act of washing hands remains out of reach for many communities in Uganda. Despite social and economic challenges, a local youth group is advancing its efforts to ensure that vulnerable communities have access to basic hand hygiene. A series of feature stories to mark this year’s Global Handwashing Day on 15 October begins with their “smart innovation.”

Rehema Namulondo had to close her business for nearly two months because she lacked a handwashing facility. The 30-year-old resident of Kamwokya slum, just outside of the Ugandan capital Kampala, runs one of the busiest restaurants in the slum, which is primarily frequented by boda boda (motorcycle) riders. Considered an essential service, she was allowed to operate her canteen – but only if she provided handwashing facilities.

“I was being asked to part with over US$50 for a standard handwashing facility, and it was far beyond my resources,”

says Ms Namulondo. She was not alone. Many small business owners in the ghetto were forced to remain closed due to a lack of handwashing facilities. Fortunately, a group of local youth were spurred to come up with an affordable solution.

The Ghetto Research Lab (GRL), a youth-oriented NGO in Kamwokya, responded to the sudden increase in demand for sanitation and hygiene by devising the “hands-off” washing station, a simple but effective contactless handwashing facility.

“We realized there was a much greater need for us to wash our hands than ever before. We did not want to wait for the government to come to our rescue. We decided to innovate this simple handwashing equipment to help the vulnerable people in the slums,”

Ms Namulondo was one of the first beneficiaries of the new handwashing station, allowing her to reopen her popular eatery. “This contactless handwashing station saved my business. I cannot imagine where I would have earned a living without my restaurant,” she says.

“This handwashing project has helped the youths in Kamwokya in various ways. Before making the handwashing stations, we first trained them and then employed them. Everyone who worked on this project was paid at least $5,”

“Washing hands is a luxury in the ghetto”

According to James Kakooza, the local council chairman for the Kamwokya II zone, handwashing is considered a practice for the rich and is viewed as a “waste of water,” which remains in short supply in the slums.

However, he is quick to add that COVID-19 has created a mindset shift. He notes that the intervention by GRL has brought handwashing services closer to a population often ignored and left behind.

“Since GRL introduced this facility, we have seen a sudden behavioural shift because unlike in the past people are not being asked to pay to access water. There is, however, still a huge challenge, because people are generally not used to washing hands. The handwashing facilities are still not enough so people go days without washing their hands,”

Speaking to the slogan “Hand Hygiene for All” – the theme for this year’s Global Handwashing Day on 15 October – Mujuuzi explains that GRL’s intervention in sanitation and hygiene seeks to ensure that even the vulnerable communities in the ghetto are not left behind and have access to basic hand hygiene facilities. He adds, “Hand hygiene shouldn’t only be for the rich.”

Budgetary limitations, however, have made it difficult for the NGO to roll out handwashing stations to more people. Mujuuzi says there is need for the government to support small scale innovators in WASH to safeguard populations from not just COVID-19 but also future epidemics. ‘‘We appeal to more well-wishers to intervene and help us empower youths to set up more handwashing facilities that can benefit vulnerable people in the slums,” Mr Mujuuzi notes.

Dr Ekwaro Obuku, a physician and health policy expert in Uganda, says youth across the country must be supported to foster innovations in health.

“More than ever before, COVID-19 has proved that some of the solutions we are looking for are all around us. The passion of youth to design cost-effective hand hygiene facilities needs investment support from both the government and other partners.” 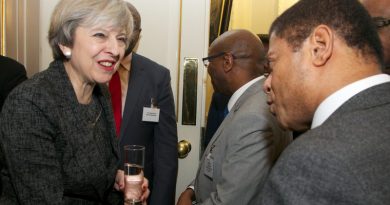