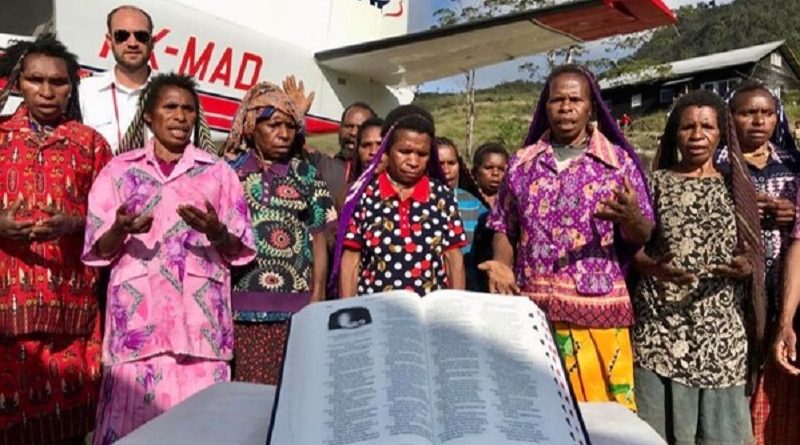 Yali tribespeople walked for an entire day to reach Oakbisik airstrip in the mountains of Papua – where humanitarian bush pilots delivered long-awaited Bibles in their own language.

In August 2020, MAF pilots Peter Santana and Dave Ringenberg landed a Cessna 208B aircraft loaded with 1,160 Bibles and 1,400 children’s bible stories translated into the Yali language – the dialect of a remote people group living in the Seng Valley region of Papua, Indonesia.

The Yali – historically renowned for witchcraft and cannibalism and formerly hostile to visits from non-Yali men – rushed to the airstrip to greet the MAF plane and receive God’s Word. The original translation was completed in June 2000, after 30 years of work by World Team missionaries and Yali language helpers.

MAF delivered Bibles to the villages of Dekai, Oakbisik and Haluwan – where the people had been wating years to receive copies. MAF pilot Dave Ringenberg said,

‘It felt like we were on holy ground. It was a holy moment, one to be remembered.’

MAF has been supporting Bible translation projects and rural church plants across Papua since flight operations were launched in 1952, saving many days of overland travel across mountainous jungle terrain. MAF now flies 8 aircraft to 160 remote locations in Papua, employing 109 staff – 76 of whom are local people.

‘At Holuwan, the ladies were waiting excitedly, swaying back and forth, chanting their Yali tongue. In Oakbisik, people from neighbouring villages walked a whole day just to receive a Bible.’

In 1965, MAF pilots first discovered the Yali people whilst undertaking survey flights in the east of the island – formerly known as Dutch New Guinea. The Yali were jungle warriors who practiced violence, witchcraft and cannibalism, calling themselves ‘lords of the earth’. Their tribe stretched across a large area of the mountainous Seng Valley territory, and the Yali men were known as masters of jungle warfare who lived in constant fear of ‘kembu’ spirits.

Three years later in 1968, World Team missionaries Phil Masters and Stan Dale arrived to scout out a place for a new airstrip, their plan was to share the Christian Gospel and start a church.

Yali warriors heard that two strange-looking white men had bought a new message to surrounding villages and hid in wait for them near the winding jungle path. Stan and Phil were ambushed and mercilessly shot at with arrows. At first, the missionaries stood their ground, pulling arrows from their bodies and breaking them in two. But after 200 broken and bloodied arrows, Stan and Phil fell and died.

Three months after the martyring, the Newman missionary family went in search of their colleagues in an MAF plane. Tragically, the aircraft crashed in the Seng Valley, killing the pilot and the Newman family.

The only survivor, youngest son Paul Newman, managed to escape the burning wreckage and was helped by a Yali man who was against murdering missionaries. Paul hid in the man’s hut until he was found by a search party. The Yali saw Paul’s survival as a sign and invited the missionaries to move into their village at Holuwan. Five years later, 35 believes were baptised and a church was born. Phil Master’s daughter Crissie went on to marry MAF pilot Dave Rask, and serves as Manager of Mobilisation in MAF’s Papua operation.

This was one of the villages who welcomed freshly printed Bibles wrapped in hessian sack from MAF pilots Dave and Peter in August 2020. MAF pilot Peter Santana said:

‘Seeing the joy on the Yali people’s faces as we unloaded their Bibles stands in stark contrast to their history of violence and cannibalism. That is the power of the Gospel.’

‘‘When the MAF pilots asked the Yali if they could pull out a Bible and open it for a picture at Holuwan, the villagers immediately chose the Psalm 119:105: “Your word is a lamp to my feet and a light for my path.”’ [pictured above]

‘Now, instead of waiting for war, the Yali church has been waiting for more Bibles in their language. Because God in His far-reaching love, worked through a killing, a plane crash, faithful missionaries, translators and organisations like MAF, these Yali tribes no longer walk the path of darkness. Their path is lit by the Word of God. 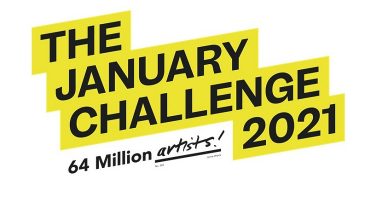 The January Challenge 2021:The Creative Challenge Set to Unite the Country