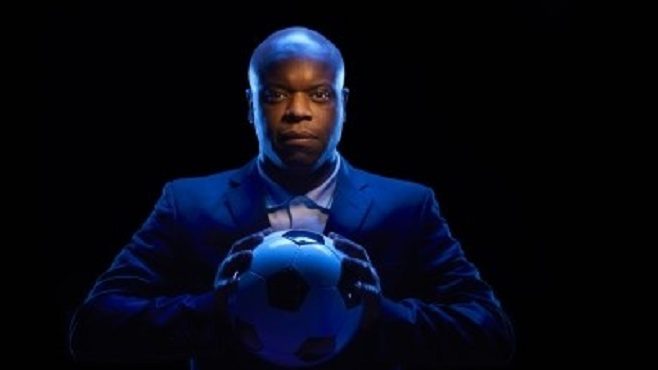 Emy Onuora is the author of best-selling book Pitch Black: The Story of Black British Footballers.

And Liverpool-based Emy, 55, says Project Big Picture – which was roundly rejected at a meeting of the 20 clubs in England’s top flight on Wednesday – would have been deeply unhelpful when it comes to getting more black coaches employed in the sport.

“I can’t see anything good coming from Project Big Picture, on any level.

“I understand that the EFL clubs are in a tricky situation financially, but accepting Project Big Picture would have been accepting short term gain for long term pain.

“In terms of race equality, it would have been an utter disaster.”

“Shifting such powers to a group of powerful, rich men would pose huge difficulties for people campaigning for greater diversity and equality in football.

“They’d have a much tougher time getting initiatives through and also just to get their voices heard in order to make the game far more diverse.

“Football is full of cronyism and nepotism at the best of times. This will just exacerbate the situation.

“There’s not a great deal of accountability within the game as it is. If you reduce this accountability and scrutiny further it could be hugely damaging.

“I’m not sure how anyone can fail to see the disastrous consequences should Project Big Picture ever be implemented.

“Rejecting Project Big Picture is imperative for the integrity of the game and I’m pleased it has been defeated in its current form.”

Emy points to the recent strides made in raising awareness about race equality in football through the Black Lives Matter movement and the Premier League’s ‘No Room For Racism’ initiative.

But he supports the view of QPR’s Director of Football Les Ferdinand in warning there’s a danger that taking the knee becomes something of an empty gesture.

“I’m heartened by the events that have taken place in recent months. It’s been nothing short of seismic. But we always have to ask – what happens next? What needs to change? This is the bit that hasn’t quite materialised yet.

“And there’s a danger that the Black Lives Matter symbol has, in some respects, been commodified and commercialised to the point where it’s a little bit meaningless.

“It’s a sticking plaster rather than the fundamental change that needs to happen.”

So what needs to be done?

“For me, it’s all about power at the top of the game.

“Black footballers represent a quarter to a third of all footballers but the key decision makers are a handful of rich white owners – and for the most part rich, powerful men.

“That means black footballers are allowed to populate academies, play at professional level, and play through the age groups at national level.

“But as soon as they retire they’re not allowed to continue to forge a career in the game because all the coaching positions, as well as some of the senior administrative roles, are carved up and handed to white guys.

“There needs to be fundamental change in the way coaches are recruited, in the way candidates for administrative roles are selected,

“There’s not a semblance of transparency when it comes to the selection process. Jobs aren’t advertised, backroom deals are done, somebody’s friend, son or cousin is given the job.

“Any system like that will exclude black people because they’re often not part of those elite networks.”

Death by bureaucracy: the pressure facing the church in Algeria