Each film will be available on BBC iPlayer after its transmission on BBC Two, and all will be accompanied by a short introduction from a UK film critic. Most of the films will also be available for free on BFI Player.

The films premiering in the British Film Premiere season are all backed by BBC Film and the BFI, which awards National Lottery funding. They are all critically acclaimed feature films which premiered at top tier international film festivals, with many nominated for or winning major awards.

The majority of films in British Film Premiere were released in cinemas in 2020, with BBC Film and the BFI working closely with producers, distributors and exhibitors to experiment with traditional release windows and bring them to television audiences early. They showcase a range of filmmaking talent, many making their debut feature films, and include actors such as Henry Golding (CRAZY RICH ASIANS), Molly Windsor (Three Girls) and Nichola Burley (WUTHERING HEIGHTS). The aim of the British Film Premiere season is to complement theatrical release strategies, supporting the UK’s independent filmmakers and creating a national platform for exciting new cinematic voices on the BBC.

Patrick Holland, Controller of BBC Two comments: “I am delighted that BBC Two will be showcasing this astonishing mix of new British films, making them available to audiences across the country. They are testament to the brilliant voices and talents working in the UK today and we couldn’t be prouder to bring them to the small screen.”

Rose Garnett, Director of BBC Film comments: “BBC Two was where I first encountered so many great British films and those early experiences fuelled a life-long love of cinema. Nothing compares to the big screen experience, but at such a difficult collective moment to bring this new wave of British filmmakers to the channel is hugely exciting. I hope that by providing a national platform for these authored, bold perspectives we can both entertain and inspire film-lovers and future filmmakers across the UK.”

Ben Roberts, Chief Executive, BFI comments: “What a great year it’s been for showcasing British independent filmmaking, with a raft of new films screened in cinemas and at home. These seven films speak to the wealth of emerging talent in the UK and we’re delighted to bring their brilliant work to audiences through this season. We’re grateful to National Lottery players for enabling the BFI to co-fund these films and support their wider distribution.”

The films in the season are:

Synopses and further information for the films appearing in British Film Premiere: New Films from New Voices season is below:

APOSTASY – Writer/director Daniel Kokotajlo
Nominated for the 2019 BAFTA award for Outstanding British Debut and six British Independent Film Awards, APOSTASY premiered at the BFI London Film Festival in 2017 at which writer/director Daniel Kokotajlo also won the IWC Schaffhausen Filmmaker Bursary Award in Association with the BFI.  Kokotajlo is a former Jehovah’s Witness, and Apostasy is a powerful and authentic debut that offers a rare insight into the complex nature of faith, family, duty and love. As devout Jehovah’s Witnesses, Alex and Luisa, along with their mother Ivanna, are united in the Truth. Alex looks up to her confident older sister, while striving to follow in Ivanna’s footsteps as a ‘good witness’. But when Luisa starts to question the advice of the Elders, she makes a life-altering transgression that threatens her expulsion from the congregation. Unless Ivanna and Alex can persuade her to recant, they must shun her completely. The challenge becomes more trying when the family is faced with another test of faith. APOSTASY will be introduced by Anna Smith.

MAKE UP – Writer/director Claire Oakley
Premiered at the BFI London Film Festival where it was nominated for Outstanding Debut. Teenager Ruth (Molly Windsor) travels to a seaside holiday park to stay with her boyfriend Tom (Joseph Quinn). It’s off-season, so the resort is mostly deserted, except for a few residents and a handful of staff charged with sprucing up the place. Ruth gradually settles into her new environment, finding work and making a new friend in the form of make-up enthusiast Jade. But one afternoon, while giving Tom’s caravan a spring clean, Ruth finds evidence her beau might be cheating on her. As her desire to uncover the truth turns into an obsession, she begins to realise she might be looking for something else entirely. Transforming her remote coastal setting into an intangible labyrinth of creeping intrigue, Claire Oakley inventively flirts with genre conventions to weave a singular tale of self-acceptance and sexual awakening. MAKE UP will be introduced by Corrina Antrobus.

PERFECT 10 – Writer/director Eva Riley
Premiered at the BFI London Film Festival. 15 year old Leigh (Frankie Box) is a gymnast focused on her first competition on the squad. Leigh’s life is turned upside down when her older half-brother Joe she didn’t know existed, comes to stay with her and her father. But when her confidence at gymnastics is knocked, Leigh finds herself caught up in an underground world of moped crime with her brother. Starting to find excitement and the attention she has been so desperately needing, Leigh stands at a crossroads between her gymnastic dreams and an exciting new world. PERFECT 10 will be introduced by Leila Latif.

LYNN + LUCY – Writer/director Fyzal Boulifa
Premiered at San Sebastian Film Festival and at the BFI London Film Festival and nominated for two British Independent Film Awards. Lynn and Lucy are life-long best friends, their relationship as intense as any romance. Neither has ventured far from where they grew up. Lynn, who married her first boyfriend and whose daughter is fast growing up, is delighted when the charismatic, volatile Lucy has her first baby, a boy. Lucy, however, does not react to motherhood as Lynn expects. Soon, they find their friendship tested in the most extreme circumstances. A study of escalating hysteria at a societal level, Lynn + Lucy stars Roxanne Scrimshaw in her first ever screen appearance, alongside Nichola Burley (Love and Hate, Wuthering Heights), and is the highly anticipated first feature by Cannes award-winning filmmaker Fyzal Boulifa. LYNN + LUCY will be introduced by Guy Lodge.

MONSOON – Writer/director Hong Khaou
Premiered at the Karlovy Vary International Film Festival and at the BFI London Film Festival.Kit (Henry Golding), a young British Vietnamese man, returns to his birth country for the first time in over 30 years. He was just eight years old when he and his family escaped Saigon as ‘boat refugees’ during the Vietnam-American war. No longer familiar with this country and unable to speak his native language, Kit embarks on a personal journey from Saigon to Hanoi, in search of a place to scatter his parents’ ashes. Along the way he meets his estranged family and falls for Lewis, an American whose father had fought in the war. During his travels, Kit finally starts to connect to the memories of his parents and his own roots. MONSOON will be introduced by Hannah Woodhead.

ONE MAN AND HIS SHOES – Director Yemi Bamiro
Acquired by Storyville for BBC Three and straight from its premiere at the 2020 BFI London Film Festival comes Yemi Bamiro’s debut feature film, the documentary ONE MAN AND HIS SHOES – a global phenomenon as told by the people that made it happen. In the 1980s, Nike was a struggling company and decided to target a younger market. Betting the house on Michael Jordan, and hiring a young Spike Lee to direct the promos, Nike created the perfect platform. Jordan backed it up, becoming the greatest player of all time, and his sneakers attained the same status. But a darker side of this success story emerged in 1989 when the high price tag, and a low supply/high demand strategy fuelled violent attacks and even murder. The film is a parable of America’s love affair with consumer capitalism and celebrity culture. ONE MAN AND HIS SHOES will be introduced by Ellen E Jones.

DIRTY GOD – Writer/director Sacha Polak
Premiered at Rotterdam International Film Festival and Sundance Film Festival, nominated for four British Independent Film Awards. DIRTY GOD is a portrait of a woman with incredible resilience. Jade is no passive victim; she makes her own choices – good or bad – and deals with the consequences. Polak’s first English-language feature is controlled and subtle, without the director surrendering any of her typical intensity. Newcomer Vicky Knight, who was badly burned as a child, is a genuine revelation in a powerful lead performance. DIRTY GOD will be introduced by Nikki Baughan.

Thousands flocked to the Obama book tour in London 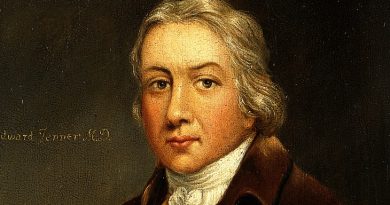