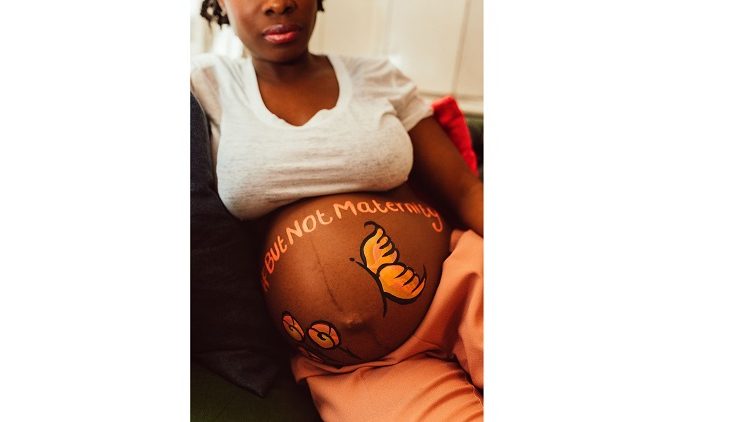 Pregnant women are demanding NHS trusts change their policies to allow birth partners to attend pregnancy scans and be with them in all stages of labour, in ALL hospitals.

MP Alicia Kearns and Big Brother winner Kate Lawler are amongst pregnant women taking to social media to share photos of #ButNotMaternity on their pregnancy bumps. It’s the latest stage of the campaign to allow birth partners to attend pregnancy scans and all stages of labour in hospitals, and raise awareness of the detrimental impact COVID-19 maternity restrictions are having on affecting pregnant women.

Pregnant women have been speaking out ever since Government restrictions were introduced in March – and then not lifted as other restrictions began to ease. Holly Avis started the #ButNotMaternity petition on change.org in June during her pregnancy when she saw pubs and shops opening – while she still wasn’t allowed her birth partner at scans. The petition has so far amassed over 460,000 signatures.

Since Holly’s petition, pressure from the #ButNotMaternity campaign has led the Government to support an easing of restrictions – with the NHS also shifting it’s guidance. However, the Government has left the final decision about whether birth partners can attend scans and all stages of labour in the hands of individual NHS trusts, resulting in a postcode lottery for pregnant women.

Currently, many hospitals across the UK only allow birth partners to be present for the final stage of labour – with stories surfacing of women being in labour for hours by themselves, birth partners missing the birth of their children, and women having to receive heartbreaking news about their pregnancy alone.

The women taking part hope that by sharing their #ButNotMaternity photos and calling for people across the country to take part, they can bring attention to this issue and pressure NHS trusts to change their policies.

This is what the women have to say:

“The stories women and their partners shared with me are of still-births experienced alone, finding out their babies had died, of difficult and traumatic labours alone, and fathers missing births. Letters from fathers sat in car parks while their wives went through operations, women heartbroken and alone in hospitals, and from clinicians describing women devastated and traumatised on the maternity wards.

I feel particularly strongly about hospitals not allowing partners until women are in active labour, because with my first child I never reached active labour, despite 36 hours in labour, induction and two trips to the operating theatre. Under the rules some hospitals are still imposing, I would have gone through all of that alone, without anyone to advocate for me when I needed it most in my life.

This campaign is not just about women having a partner with them for emotional support, it’s about having an advocate who can make sure their wishes are upheld and protected when they are at their most vulnerable. Birth is not like the movies, and it’s wrong that anyone should go through it alone.

Less than a third of NHS Trusts continue to impose restrictions, but that’s still too many families suffering wrongly across our nation. I will keep fighting until all women receive the support and advocacy they need, and deserve.”

“I feel there needs to be clear and fair universal policy in place that pregnant women can understand and plan for. Currently it’s a postcode lottery with some women having the privilege of 2 birth partners during one of the hardest times of their lives and others having to learn of bereavement or facing trauma all alone. Of course hospitals should be cautious but protecting a mother’s mental health and ensuring she has an advocate when she is at her most vulnerable is important for the safety of both mother and baby, and I say this knowing that if my partner hadn’t been at my last birth I would not have had the positive experience I had, and if he is not allowed at this upcoming birth I will be terrified even though I have given birth before.”

“Not having the partner there from the start puts her at risk of being alone in a horrendous situation. Many stories are coming to light that partners are missing births as adequate time is not being given to allow the partner to be there on time. If partners were allowed from the start, it simply wouldn’t happen.

What is also so entirely frustrating is that these rules are NOT consistent around the country. It is also irrelevant of Covid testing results.  Some hospitals allow partners for the whole birth, for scans and appointments and it’s just not right.

We need these restrictions to change. It’s absolutely ludicrous to have shops open, to allow socialising in bubbles of 6 people that do not live together, but keep this rule in place, especially when it’s a total postcode lottery as to what rule is in place for you.”

“I have felt stressed and anxious as there has been a lot of social media coverage on black pregnant women being 5 times more likely to die during labour. In relation to that knowing that black people have been classed as high risk due to Covid had made matters worse.

This campaign is so important me, it is not fair for first time pregnant women to go into labour alone. Not everyone has the mental capacity to cope during labour, also the rights of the partner have been taken away. For the partner not to witness their baby being born into this world is heartbreaking. There needs to be a change and that change needs to happen now!”

“During the Covid-19 pandemic, restrictions of partners attending scans and appointments, as well as the time allowed into labour wards for partners and additional support staff have come into question. We believe that some restrictions in place due to Covid-19, are not necessary, not based on scientific evidence, are disrespecting human rights and are not proportionate to achieve the objective of limiting the spread of the virus. We have seen positive changes since the campaign started, and a new set of guidelines from NHS England, which many Trusts did not adopt. In light of new lockdown tiers, we fear that some Trusts will renege recent changes and head back to draconian measures – which should be avoidable with mitigations in place.

We know that this pandemic is having a huge impact on mental health. One study showed significant increase in self-reported levels of depression (15% pre-pandemic vs 40.7% currently) and moderate to high anxiety (29% pre-pandemic vs 72% currently) in pregnant people. * Human rights law requires that any decisions regarding restrictions on women’s rights are proportionate and are taken as transparently as possible. We believe that NHS England have not considered all options when continuing to enact these changes to our maternity care.”

Can Consumer Christians Know The True Meaning Of Sacrifice? 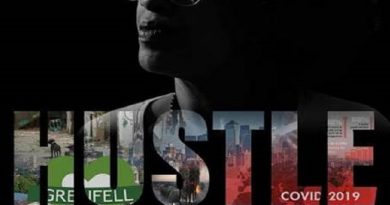