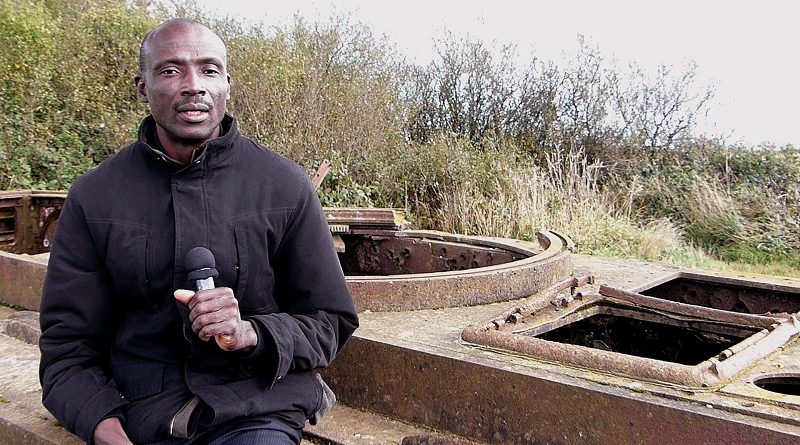 As attacks continue unabated against Christian villages in Nigeria’s North and Middle Belts, a partner of UK-based Release International believes the violence has the hallmarks of an undeclared jihad.

Rev Hassan John, a Nigerian journalist, analyst and partner of Release, is speaking at live conference events from November 2 – 5 onViolent Christian Persecution in Nigeria. The November 5 event will be live-streamed for public viewing. Details are available from the Release International website.

Heavily armed Fulani militants have been driving out Christian villagers in what some fear is a revival of the Fulani jihad of the 1800s.

But a major difference today is the use of deadly assault rifles and machine guns.

And the latest weapon in the militants’ armoury is a chemical to accelerate the burning down of Christian villages, according to Hassan John, a partner of Release International, which supports persecuted Christians around the world.

‘They are using the chemical in petrol bombs,’ he says. ‘We are in the middle of the rainy season now, but this burns even in the rain, and when they throw it into the building it burns right down to the cement.’

Rev Hassan John, who works with Release to help pastors in communities under attack, has seen evidence of this chemical in use. ‘It doesn’t just burn the metal roofing, it peels away the plaster on the buildings.’

He believes the ongoing attacks are part of an undeclared jihad against Christians in Nigeria.

‘There is a history of jihad and conquest. We see the same modus operandi as in the jihadi conquest of the 1800s playing out all over again.’

The scale of the attacks is alarming.

·  According to Genocide Watch, more than 5,100 Nigerians were killed in violent attacks in less than a year

·  The NGO Intersociety estimates: ‘a daily average of about five Christian deaths’

·  According to The Global Terrorism Index (2019) Fulani militants killed more than 2,000 in 2018 alone – making them six times deadlier than Boko Haram terrorists

Evidence of a religious dimension to the violence includes the targeting of pastors and churches, and the renaming of captured villages with Islamic names.

Yet the West, Hassan John believes, is turning a blind eye to the religious dimension for fear of being labeled Islamophobic.

‘In the West, people are weary of any conflict that has to do with religion, that mentions Islam or Muslims. That is understandable, coming from the Iraq war and the issue of Islamophobia.’

The West often regards conflict through a filter of secularism. ‘But Nigerians don’t think secular,’ says Hassan John. ‘We think religion.’ He traces the rise of the violence to the adoption of sharia (Islamic law) by 12 states in the north in the 2000s.

Because of this blind spot to the religious dimension, he believes the West persists in characterizing the conflict as a tribal clash over resources, brought about by climate change. But he dismisses that as ‘simplistic’.

‘If it was just a clash between Fulani herders and farmers why would they attack a church and set it ablaze and target church leaders and kill them?

‘Those who try to dismiss this as an economic struggle over resources brought by climate change have a lot of explaining to do.’

The US State Department has designated Nigeria as ‘a country of particular concern’ for violations of religious freedom. Its 2020 Nigeria report declares:

‘There were multiple reports of criminal attacks on religious and traditional leaders and houses of worship. In the surge of hundreds of kidnappings in 2019, media reported numerous incidents of kidnappings for ransom and the killing of Protestant and Catholic priests.’

Hassan John believes the violence against Christians has become a genocide-in-the-making.

‘Many are describing this as an unfolding genocide. People are dying every day. How many more need to die before the international community recognize this as genocide?’

And he warns that Nigeria is not doing enough to protect its vulnerable Christian communities that are under attack.

Lack of security is forcing villagers to take up arms for their own protection, which can create a vicious circle of attacks and reprisals. ‘But as long as people feel insecure and the government does not provide protection they will protect themselves.’

‘There are now so many of them with AK-47s they have gone into banditry and kidnapping. When they are not attacking villages, they are stopping cars and kidnapping people to get money.’

‘Scarcely a week goes by without reports of attacks against Christian villages. We visit the victims in the displacement camps, many of whom, including children, have appalling machete wounds.

‘We call on the international community to investigate the roots of this growing violence, which is looking increasingly like an undeclared jihad and a genocide-in-the-making.’

Hassan John’s talk will be streamed live on November 5 via Release’s Facebook and YouTube channels from 7.30pm. This is a public event which can be watched by all without prior registration. More details from: https://releaseinternational.org/events/event/rev-hassan-john-speaker-tour-ni/

Release International is working in Nigeria to provide training, support and trauma counselling to attack victims. Through its international network, Release is active in some 25 countries around the world, supporting pastors, Christian prisoners and their families; supplying Christian literature and Bibles, and working for justice.