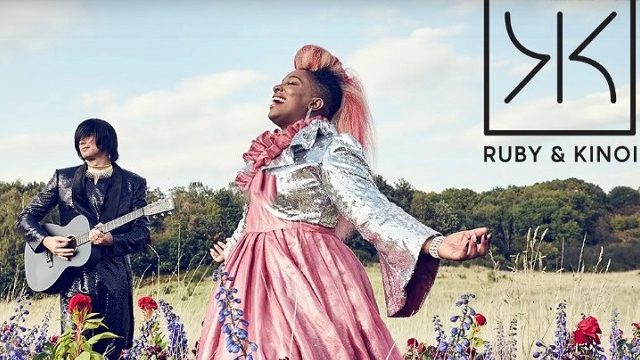 Ruby and Kinoi are a modern family. First meeting in 2013 the London-based duohave worked on many projects before teaming up to create their own. Ruby has carved out a heady path touring with such luminaries as Years & Years, Jessie J and Rita Ora. Kinoi is a multi-instrumentalist songwriter and producer who enjoys nothing more than listening to great musicians play.

As artists, Ruby and Kinoi feel strongly about using their voices and music to speak up and speak out against injustice and inequality. The inspiration for Barricades came from witnessing acts of cruel injustice worldwide. The song and accompanying video are a reminder of the other pandemic facing the world – the everyday lack of empathy. Ruby and Kinoi want to make people stop for a moment and think about it, and what it’s doing to us as a society.

“For too long we have been losing touch with one other, from the planet, from our own wellbeing and from our own empathy with fellow humans. We need to reflect and reassess which path is the right path. It’s important that now, more than ever, we make room for love and empathy in our hearts. To reconnect with other people; their needs, hopes and hurts and how our actions, or inactions, impact them”.

“We believe it’s time to get back to what is actually important for us as humans. A time to return – to humanity, community, empathy and love. There have been some touching examples of local action and grassroots change. Those local heroes who have lent a helping hand for each other. These stories shouldn’t be a surprise, they should be our everyday.”

Barricades is an anthem of hope in an increasingly difficult year, as we move into an uncertain winter, a reminder that the way through difficulty is with love, empathy and optimism. Barricades is available now on Spotify, Apple Music, Youtube and all streaming platforms.

Award winning UK Gospel artist Esther Farinde is on a mission to touch lives and bring hope with her debut single, You Called Me.