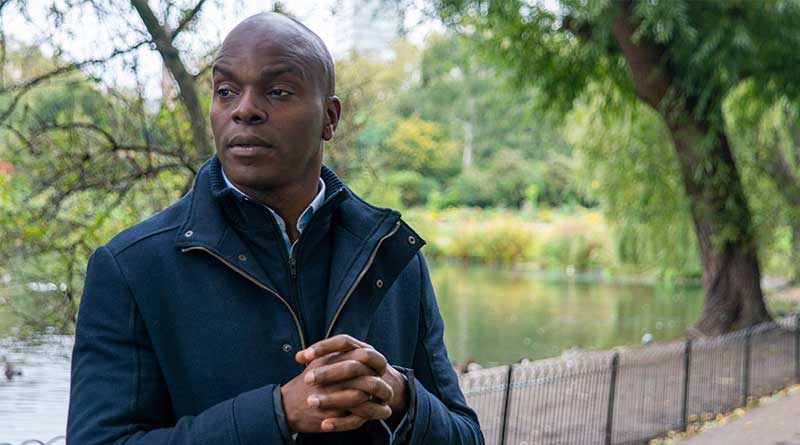 People often ask how I ended up in politics, and I can see why. It’s an honour to be in my position – and a privilege to represent Londoners – but I didn’t get here by the normal route. I didn’t go to Eton or Oxbridge and I’ve never been a press officer or a highly paid consultant. I’m a working-class Black boy from West London, who was raised by a single mum and grew up to be a youth worker. It’s not the background of a typical politician.

But, for better or worse, I’m not a typical politician. While my background didn’t provide an obvious route into politics, it continues to provide a sense of perspective. After all, I’m not in politics because I was born wanting the job, or because a family friend secured an internship for me. I’m in politics because of the lessons I learned from my family, my faith and my city.

It all started with my Jamaican grandparents. My grandad fought for Britain in the Second World War. Soon after that, my grandmother moved the family to Britain. It’s a familiar story to countless Black people in the UK, and it’s one I’m very proud of. My grandad fought for the ideals of this country — for fairness, equality and justice — and my grandmother moved here to give her children a better life. These actions shaped my view of Britain and what it means to serve this country.

But it’s also true that the place you grow up in shapes the kind of person you become. At least that was true for me. When I look back on my childhood, all those years in a council house in Ladbroke Grove, I can see that the very best and very worst of London were right on my doorstep – and I can see the influence they had.

At the time, Ladbroke Grove was a working-class community with a wide racial mix. Between Moroccans and Poles, Irish and Nigerians, we looked like a Dulux colour palette of races, but there was very little racial tension. We were a community, friendly with neighbours, helpful to those in need. These were some of the best aspects of London: multiracial, inclusive and welcoming.

But life changed as I got older. I don’t know really know why — maybe I just started to notice the other side of things. Whatever it was, crime and drugs became real problems. Gangs formed and started feuding. Houses were broken into. Cars were stolen. Friends got caught up in dealing.

This was the worst of London. Kids who couldn’t see a way up or a way out. Parents struggling to make ends meet. An area that was being left behind, forced to deal with problems by itself. Physically, we were only two and a half miles from Kensington, but our realities were separated by much more than distance. At least twelve of my immediate peer group ended up in prison. I’m pretty sure those kids would never have turned to crime if they’d grown up two miles away. Same road, different world.

It’s a lesson I’ve never forgotten. I look back now with gratitude for how blessed I was. I had a mum who wouldn’t let me hang around, signing me up for gymnastics and the Army Cadets. I had aunties who always looked out for me, no matter what. And I had a family who insisted I to go to church, bringing me up in the faith of my grandparents.

I know it’s risky to talk about religion. There are ten commandments in the Bible, but there’s only one commandment in British politics: don’t talk about your religion. This rule is so well-established that when Tony Blair tried to talk about his faith, an advisor interrupted with the most famous political statement ever made on the subject: “We don’t do God.”

That makes no sense to me. Faith has always been part of my life, and while I completely understand that it’s not for everyone, it has guided me through tough times and kept me on the right road. I’m certain the lessons I learned from the Bible influenced many of the decisions I made in life.

The parable of the Good Samaritan, in particular, has stuck with me. A traveller, robbed and beaten, was left dying at the side of the road between Jerusalem and Jericho. A priest passed by, a Levite passed by; both chose to walk on the other side of the road, ignoring the traveller. But the third person to pass by, a Samaritan, crossed the road, took the wounded man to an inn and helped him recover.

And I spent over twenty years trying to do just that. Youth work is not a job for the faint of heart. You have to be prepared for setbacks, failures, broken promises, a whole range of disappointments. But if you stick with it, you can help people get out of crime and turn their lives around. As I worked with young people in difficult situations, I started to discover why they were falling through the gaps; and I knew there was more I needed to do.

That’s why I went to work as an adviser to the government, helping to deliver the National Citizen Service, which is the largest youth programme in British history. And it’s why I decided to stand for the London Assembly. Over the last four years, it’s been my job to hold the Mayor of London to account — and I’ve seen first-hand how politicians have failed ordinary Londoners.

That’s why I’m standing for Mayor of London. Because whatever the ‘new normal’ looks like, one thing’s for certain: the old normal won’t cut it. Good enough is no longer good enough. We need a safer, fairer and more affordable city.

So, here’s what that means to me: It means hiring 8,000 more police to make our streets safer. Because, as we recover from the pandemic, safe streets aren’t a luxury — they’re a necessity. It means working with the Met to improve relations between officers and the communities they serve. It’s our job to rebuild trust between Londoners and police. It means cutting waste at Transport for London to make our transport network more reliable, because now more than ever, we need to get London moving again. And it means working with developers and local authorities to get them building affordable homes, because we need to be a city for families and workers, not just a city for tourists.

None of this will be easy. If it were, Sadiq Khan would’ve done it. But that’s why it’s more urgent than ever. Londoners deserve a city where they feel safe. A city they can afford to live in. A city where opportunity is open to all. A city with a shorter distance between Ladbroke Grove and Kensington.

And I know we can achieve it together. That’s why I’m asking Keep the Faith readers for their support. I can’t guarantee that I’ll always be the slickest politician, the kind with an expensive PR operation and scripted answers for everything. But I can guarantee that I’ll always deliver what I promise, and that I’ll work every single day to deliver for you. Because that’s what my family, my faith and my city have taught me to do.

For more information and to get involved, visit https://shaunbailey.uk/get-involved/

The harder the trial, the greater the victory by Esther Kuku 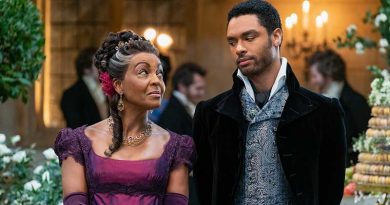 A conversation with Adjoa Andoh by Akosua Dwomo-Fokuo