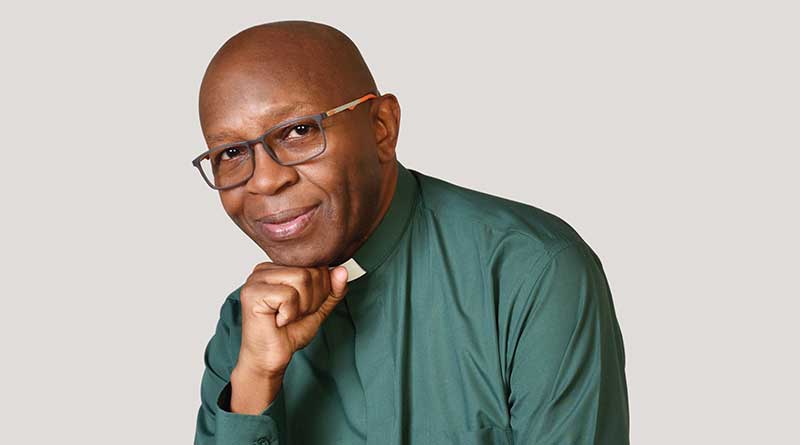 Bishop Dr Joe Aldred is an ecumenist, broadcaster, speaker and author/editor of several books and articles, including: Preaching with Power; Praying with Power; Sisters with Power; Respect – Understanding Caribbean British Christianity; The Black Church in the 21st Century; Thinking Outside the Box – On Race, Faith and Life, and From Top Mountain – An Autobiography.  He is a regular contributor to magazines and periodicals, including Keep The Faithand The Preacher.

Bishop Aldred is Honorary Research Fellow at Roehampton University; a trustee of Movement for Justice and Reconciliation and of NCLF – A Black Christian Voice; Patron of Housing Justice and Patron of the Nurses’ Association of Jamaica, in addition to several other voluntary roles.

He has vast experience as bishop and pastor, chair and member of strategic councils, boards and committees, mainly in the areas of religion, education, health and community relations, including a member of the Government’s Windrush Working Group.  He also has a Master’s Degree with Distinction and a PhD in Theology from Sheffield University.

Bishop Aldred has been responsible for Pentecostal and Multicultural Relations at Churches Together in England (CTE) for the past 17 years, and is a bishop in the Church of God of Prophecy. After many years of long and dedicated service to CTE, he has decided to step down from the role. He took some time out of his busy schedule to chat with Keep The Faith to share how he feels about retiring, life challenges, and his hopes for the future.

Keep The Faith (KTF): How do you feel about stepping down and retiring from your role as Principal Officer for Pentecostal Relations for CTE?Bishop Joe Aldred (BJA): It’s quite a sobering feeling! For the first time in my life, I am leaving a job and not looking for another. There’s somewhat of an ‘end-of-life’ feel to the moment, a reminder of my mortality. The country boy from Top Mountain, St Catherine, Jamaica, is retiring from full-time work – becoming a pensioner – and entering the evening of his life’s day. Viewed from another perspective, I feel I have put in a productive shift in this position and in others before it. It’s time to vacate the space and cheer from the gallery.

KTF: Your work entailed building relationships across the Church. What were the three main challenges you faced in your work?
BJA:  Indeed! We call it ‘ecumenism’ in the trade. The three main challenges I encountered I would describe as: first, those associated with encouraging respectful Christian relationship between traditions that range from theologically liberal to conservative. Second, building understanding that all ethnicities and cultures are equal before God, and should be among us – not by asking permission to be, but by being. Third, by informed involvement with the press and media, helping it to be more friend than foe in matters of faith and community relations.

KTF: You can look back on many years working ecumenically across church denominations and within the Black Church. In your view, what have been the three greatest developments that have occurred in the Black-majority Church over the past 20 years?
BJA: There have been many welcome developments. First, there has been a significant increase in the take-up of ministry and theological training – some in-house and others in external, accredited institutions. This has been accompanied by a proliferation in the authorship of books and other publications. Second, the relationship between the various types of Black church traditions – from Trinitarian to Oneness, for example, has vastly improved. Third, there has been continued building of a strong socio-economic community presence, including the prominence of Black gospel music, housing associations, credit unions, personal political involvement and mega churches.

KTF: What in your view are the greatest challenges now facing the Black Pentecostal church movement in Britain, and how can they be overcome?
BJA: The Black Church in Britain certainly faces some stark challenges. I could name several, but here are three: First, there is a generational challenge of a church initially built by a largely Black working-class, migrant community, whose children and grandchildren may not see their Black Britishness reflected in the churches of their grandparents. Second, there is a social challenge of a conservative faith operating in an increasingly liberal and secular society. Third, in the wake of the killing of George Floyd, a clear racial justice agenda needs to be embarked upon. Foreign headquarters, for example, now appear starkly neo-colonial and empirical.

KTF: What was your childhood in Jamaica like, and what role did faith play during the early years of your life?
BJA: I recall a happy childhood in Jamaica. The eighth of eleven siblings, I was born in a deeply rural area, with none of the creature comforts I have now become accustomed to, like running water, electricity, TV, cars, etc. My father migrated to the UK for economic reasons, and my mother was our only parent present for most of the years until I was a month shy of 16 years old when I came to England. Community life was strong, though, with great neighbours, friends, local schools and churches.  I feel like I have been a Christian from birth!

KTF: What made you decide to become a Christian? And when you became a Christian, did you ever envisage that you’d become a bishop?
BJA: It’s hard to say when I became a Christian, since it was all around me. But, young as I was, and going to church every day, with smoking a definite ‘No No’, I recall puffing on dried chocho leaves and rosemary bush, amongst my little ‘shall-remain-nameless’ misdemeanours.  Then at church one night, when the altar call was made, my little sister and went up and ‘got saved’ – lol.  I can honestly say at no stage did I ever think I would be a bishop in the church. Pastors and bishops were scary beings when I was young!

KTF: What were your reasons for coming to live in Britain? How did you find the early years of living here?
BJA: As I mentioned earlier, my father came to the UK as an economic migrant when I was very young. My mother followed much later, along with some of my siblings, and it was my turn to join them. Because I was nearly sixteen, I had finished school in Jamaica, which got a little messy in the last year when my mind was preoccupied with going to the UK! When I arrived here it was cold, gloomy and strange. It helped that my church in Winson Green was almost exactly like back in Jamaica.

KTF: What role did the Church and your faith play in helping you overcome racism and become an achiever?
BJA: I didn’t always appreciate the role of the Church in my life, and I didn’t feel like I was fighting racism either. In retrospect, belonging to a Black church community that continued living in relationship throughout the week – with education, concerts, gospel groups and choir rehearsals and conventions, etc. – where almost all the leaders were Black, has been indispensable for role-modelling. I grew up seeing successful people in sacred spaces. When racism became a ‘thing’, it was like any other life obstacle to be overcome and succeed. Had I remained in Jamaica, the obstacles would just have been different.

KTF: What path did you tread, from being normal Christian to Bishop in the CoGoP?
BJA: I was a Sunday school teacher at about seventeen – training came later.  I was a singer for many years – singing solo and in church choirs – as well as part of a gospel group called Spiritual Rhythm. We even contributed two tracks to a vinyl record cut in the early 1970s. I successfully completed all my church’s courses available, and served variously as youth director, Sunday school teacher and superintendent, public relations officer and assistant pastor, before being posted to pastor churches in Coventry, Ashford, Oxford and Sheffield, where I was consecrated as bishop.

KTF: What would you say are your three greatest personal achievements?
BJA: First, having a wonderful nuclear family (three daughters and grandchildren) that my wife Novelette and I have grown from a standing start as youngsters. She was nineteen on the day we married, and I was twenty-one – with no money. We walked everywhere on our honeymoon in Paris. Second, together Novelette and I have grown academically: her with a Masters and me a PhD. I was so proud to return to my alma mata, Paul Mountain School, as Dr Joseph Aldred! Third, a testament to love and a commitment to being happily married for 46 years and counting.

KTF: What do you plan to do following your retirement?
BJA: Rest, write, and visit Jamaica as often as possible. Maybe a little gardening, watching West Indies cricket, and Chelsea playing football… and, of course, more time with my family.

KTF: How will you be spending Christmas?
BJA: Increasingly it’s looking like it will be Novelette and me in our bungalow for Christmas!

KTF: And what message would you like to leave with KTF readers?
BJA: That, whatever the season, love and commitment with faith in an ever present, ever faithful God will see you through.