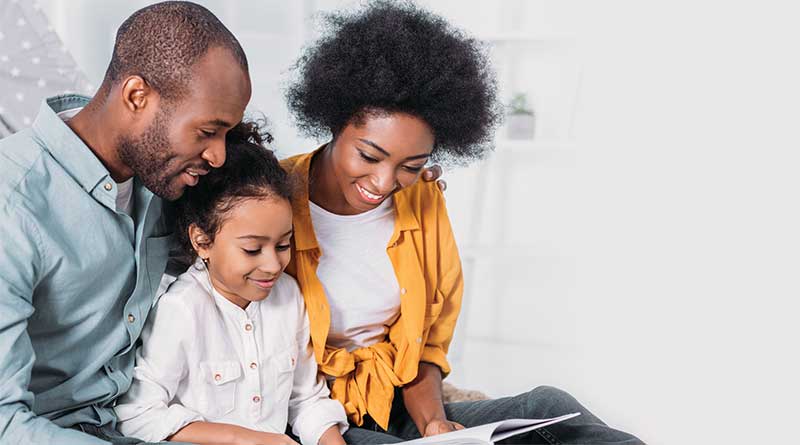 ‘Twas the night before Christmas, when all through the house our voices were raised in singing and praise. Dad sat down and Mum gave him the book. We all cuddled closer with a curious look. Hot chocolate was brewing in the kitchen nearby, when Grandma shouted: “Don’t start without I.” Dad paused with a smile on his face; she moved a bit slow, but got to her space.

He whispered a prayer, turned in the book to the angelic prophecy of Jesus’ birth. The story is found in Luke 1:26. He opened his mouth and stated it like this:

‘During the sixth month of Elizabeth’s pregnancy, the angel Gabriel was sent from God’s presence to an unmarried girl named Mary, living in Nazareth, a village in Galilee.  She was engaged to a man named Joseph, a true descendant of King David.

Gabriel appeared to her and said: “Grace to you, young woman, for the Lord is with you and so you are anointed with great favour.”

Mary was deeply troubled over the words of the angel, and bewildered over what this may mean for her. But the angel reassured her, saying: “Do not yield to your fear, Mary, for the Lord has found delight in you, and has chosen to surprise you with a wonderful gift.

“You will become pregnant with a Baby Boy, and you are to name Him Jesus. He will be supreme and will be known as the Son of the Highest. And the Lord God will enthrone Him as King on His ancestor David’s throne. He will reign as King of Israel forever, and His reign will have no limit.”

Mary said: “But how could this happen? I am still a virgin!”  Gabriel answered: “The Spirit of Holiness will fall upon you, and Almighty God will spread His shadow of power over you in a cloud of glory! This is why the Child born to you will be holy, and He will be called the Son of God. What’s more, your aged aunt, Elizabeth, has also become pregnant with a son. The ‘barren one’ is now in her sixth month. Not one promise from God is empty of power, for nothing is impossible with God!”

Then Mary responded, saying: “This is amazing! I will be a mother for the Lord! As His servant, I accept whatever He has for me. May everything you have told me come to pass.” And the angel left her.

Afterward, Mary arose and hurried off to the hill country of Judea, to the village where Elizabeth lived. Mary entered the house and greeted Elizabeth. At the moment she heard Mary’s voice, the baby within Elizabeth’s womb jumped and kicked. And suddenly, Elizabeth was filled to overflowing with the Holy Spirit! With a loud voice she prophesied with power:

“Mary! You are a woman given the highest favour and privilege above all others. For your Child is destined to bring God great delight. How did I deserve such a remarkable honour to have the mother of my Lord come and visit me? The moment you came in the door and greeted me, my baby danced inside me with ecstatic joy! Great favour is upon you, for you have believed every word spoken to you from the Lord.”

Suddenly, Dad closed the book and said: “That’s enough for now, time to go to bed.”  We need not read of Him in a manger for He is risen and lives in our hearts.

The Lord bless you, and keep you:

The Lord make His face shine upon you, and be gracious unto you:

The Lord lift up His countenance upon you and give you peace.

Marnita Coleman is host of The Marnita Show, a parenting show heard daily across the globe.

Being kind is good, but neighbours can’t give social care