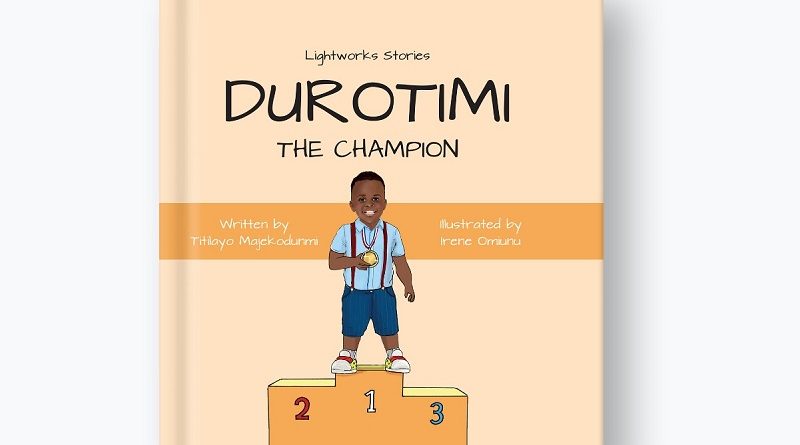 A Christian mother, who wanted her children to see characters who look like them in books, has written a children’s book starring her son.

Titilayo Majekodunmi, from Bedfordshire, wrote Durotimi the Champion when she struggled to see books for her toddler son that reflected him. She hopes the book will inspire little children, especially those from a Black and minority ethnic background that they can be anything they want when they grow up.

According to a new survey released on 1 December 2020 by the National Literacy Trust, a third of UK children do not see themselves in the books they read.

Durotimi the Champion features Titilayo’s two-year-old son, as the hero of the story in a variety of jobs, from astronaut to teacher and prime minister to show children especially Black boys that any job is available to them.

The 39-year-old mother of three has written books for her other children but never published them. The birth of her son and the lack of diversity in children’s books prompted her to finally publish her book. The National Literacy Trust survey found that 46% of children from Black ethnic backgrounds do not see characters who look like them in the books they read.

“My intention is for children to see themselves represented in the best possible way. I truly believe that what we think is what we become which is why I wrote this book. I want my son and other children from underrepresented groups to see themselves represented positively in the books they read, and in the media in general. I believe representation is key as it shows children the importance of embracing each other, which ultimately fosters peace and unity.

”As part of my Christian belief, it was important for me to share hope, light, positivity and encourage the next generation to be great and have confidence in themselves which is a common thread in the book. There is particularly one scene that anchors on Philippians 4:13 which is `I can do all things through Christ who strengthens me’.”

Durotimi the Champion will launch on 6 December, making it a great Christmas stocking filler for children. It is available to pre-order online at: www.lightworkstories.com and on Amazon.