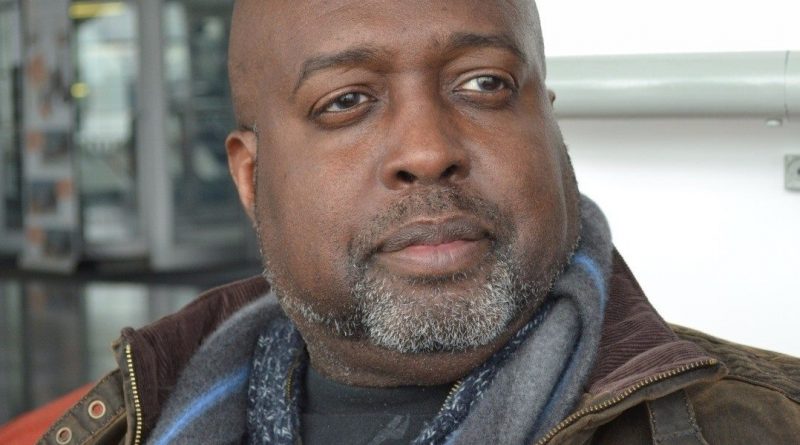 I don’t remember when I met Paul Lawrence but this is no act of forgetfulness; instead, it is that fuzzy state of mind that exists when two people meet and whose spirits tell each other boldly, they’ve known each other all their lives.

It’s that mystical connection when your soul resonates with a stranger, and the meeting though new feels like a reconnection with an old friend.

My earliest recollection would be facilitating a meeting, as Deputy Mayor of London of a brand-new organisation in London in or around 2000 that organisation was 100 Black Men of London. I used my office to ensure black organisations had access and literally took over City Hall.

When I first met Paul was impressed with his demeanour and his soul force that indefinable feeling that you’ve met somebody who has depth to their personality. He had a strategic vision and a passion for changing our community.

Providing young black boys with role models and mentors they rarely see in life, is a gift so precious as to be absolutely incalculable in value. I loved that about the man. In many ways, he was the type of black man everyone should aspire to be like, intelligent, courteous, a willingness to learn from mistakes and a deep commitment to his community.

Equally, his commitment to family life was total. He was a man who lived and breathed the philosophy of an exemplar and loving father.

Paul always struck me as an Uptown Kingstonian. That may be a tad unfair, but for me, it was his bearing and his articulation that gave that impression. I am a great lover of the dexterity of the English language, of the flow and candescence of speech, particularly when combined with the rhythms of the Caribbean. Paul was somebody you liked to listen too, he could hold an audience and take them on a journey.

He always had an illustrative and wonderful tale to tell on any given subject. He was the perfect dinner guest who could speak with intelligence, wit and humour. At the very many social functions and award ceremonies, we both attended, it is always a joy to be seated near to him.

He also loved to debate, but not in the furious back-and-forth of millennial speak, with its curt, dehumanised and often brutal social media barbarism. Pauls articulation was one of patience and respect for intelligence, regard for research and expression, but also flair, Paul loved exquisite flair.

But let’s be real, he did not suffer fools easily!

Its one of the reasons why he helped found the Diaspora Debating Society dedicated to the promotion of intelligent articulation, presentation and debate. It was a reflection of his personal commitment to community education, expert elucidation and thought leadership.

I think I may be right in thinking the only Diaspora Debating defeats Paul ever suffered was when we locked horns in a debate. It was a tough and exhilarating challenge, and as you can imagine, there was a tremendous back-and-forth about the prospect, running up to and long after the event itself.

It was a close competition, and Paul would always smile when I teased him with it, demanding a rematch. He didn’t see these things in terms of winning and losing but in the process of educating communities and stretching his own abilities and intellect.

It was always such a joy to be in his presence, and one invariably came away with your spirit lifted and a broad smile on your face.

But his skills were not confined to the ability to speak. His talents were wide-ranging, including being a qualified IT expert. His commitment to business development saw him launch his Jus-Tickets agency. This was not for him merely a means to make money. He wanted to provide a living example of his commitment to the principles of Garveyism and the importance of do-for-self philosophy.

His other most notable characteristic was his fierce independence. There was no equivocation in people’s evaluation of Paul, you either liked him or you did not.

I loved that about him. We often remarked how similar we were in being viewed as “Marmite” personalities, a point I was reminded of by his close friend recently whilst lamenting his swift and sudden demise.

There is a shortage of such independence of thought in our community and Paul provided a bright light in what can often be an otherwise darkened arena.

But in my homage to him, let me not paint him as a saint, a man without flaws for who among us can make such a claim? Not I for sure.

When he made errors and mistakes, when he argued, fell out and or had a divergence of views, the most impressive thing that struck me was his ability to reflect, and his willingness to apologise to others if he got it wrong, to learn and move on.

He counselled and mentored many using that same philosophy.

This is the rarest of qualities in our community the ability to change one’s view and position on any given issue, to have the capacity of self-reflection on your own mistakes in life, and to use that knowledge to improve and move on. What more can you ask of anyone but to live and learn?

Paul was also willing to be unpopular.

Together we confronted domestic violence abusers in our community, publicly naming and shaming those, who presented themselves as black leaders, but in reality, had terrorised black women with physical violence, psychological terror and stalking. Taking on such individuals is never easy, and some, mainly black men, condemned us both for putting these individuals in the public domain. Paul was brave like that never demurring from difficult conversations. It was a characteristic he was later to turn to significant effect with his regular Sunday broadcasts on a range of ethical and topical issues.

And here’s the thing he would always invite people who disagreed with him. He relished such engagement.

We worked together on so many projects and campaigns, sometimes agreeing, sometimes falling out but always with a residual degree of mutual respect and friendship that would see us through our disagreements.

Paul could also work in a team and both of us under the leadership of Sara Amanda the extraordinary Birmingham activist who led the glorious and ultimately triumphant charge against the toxic Human Zoo art installation that denigrated black people and our history.

Let me tell you why that’s significant. Paul was a large and prominent personality, and yet he was able to work in a team in a way that demonstrated respect for black women’s leadership that was a joy to witness. I am sure Sara will bear witness there are a few men capable of such collegiate working with black women.

Paul was, in many ways, unique. I love those who can smile in trouble, who can gather strength from distress, and grow brave by reflection. It was Leonardo da Vinci who said,

‘Tis the business of little minds to shrink, but they whose heart is firm, and whose conscience approves their conduct, will pursue their principles unto death.

Paul lived his life in the literal meaning of the word, and despite its occasional challenges he sought to exhaust its possibilities.

What a guy and someone I will feel the loss of his physical presence for a long time, although in my mind I hear him speaking to me still, giving me good advice and wise counsel.

They say that one never dies until the last person speaks your name. His is a life that will last for the longest time.

I leave you with a quote from that maverick author and American writer Hunter S. Thompson.

“Life should not be a journey to the grave with the intention of arriving safely in a pretty and well-preserved body, but rather to skid in broadside in a cloud of smoke, thoroughly used up, totally worn out, and loudly proclaiming “Wow! What a Ride!”

It is a sad fact of life that one bright day when our work is over, we will all fly away home.

When when the Almighty asks Paul the question what did you do with your life? it will take a thousand years to answer.

Rest in peace now, my dear beloved brother and debate the finer points of the meaning of life with the almighty and ancestors now and forevermore.

Here is a lovely interview with Paul by

A peculiar people by Gary Clayton 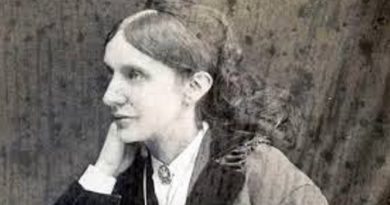