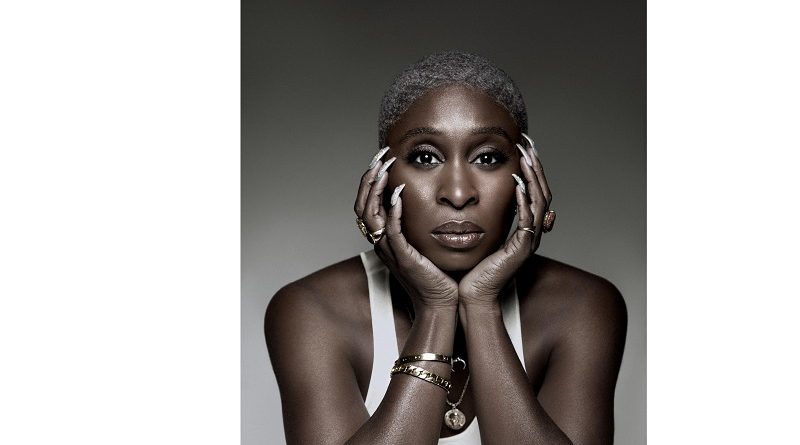 Award-winning actress, singer and songwriter Cynthia Erivo will star in and produce a film based on the remarkable life of Sarah Forbes Bonetta, a 19th century African princess who, after being orphaned and enslaved by a West African King, was taken in by Queen Victoria’s court.

Erivo produces with her Edith’s Daughter partner Solome Williams, alongside SunnyMarch’s Leah Clarke and Adam Ackland, and Rienkje Attoh from So & So Productions. Benedict Cumberbatch will Executive Produce.

Development is financed by BBC Film. Walter Dean Myers’ biography ‘At Her Majesty’s Request’ has been optioned as source material.

Born Omoba Aina, an Egbado princess of the Yoruba people, Aina was ‘gifted’ to Queen Victoria in 1850, taken to England, and renamed ‘Sarah Forbes Bonetta’. The Queen’s patronship was a thorny rose that put Sarah at the centre of British aristocracy but did not shield her from public scrutiny, personal suffering, or the dangers of a capricious court which was fundamentally suspicious of her as a strong, educated Black woman.

The film will be a celebration of Sarah, a modern, strategic, determined heroine who found a way to embrace her Black-ness, her African-ness and to ultimately find love: forging a path for herself that honoured both her heritage and her upbringing.

“I am excited to embark on this journey. It has taken a long time to get to a point where we can even begin to realize this dream. As a Nigerian British woman, to get the opportunity to tell the story of another Nigerian British woman who until now has been erased from the history books, is an honor. Miss Sarah Forbes Bonetta, Omoba Aina, is truly a passion of mine and I’m so pleased to have been able to find partners in the incredible women, Leah Clarke and Rienkje Attoh, to tell the story and finally give her a voice. I cannot wait to dive into her story.  She is indeed the forgotten princess, forgotten no more.”

Cynthia Erivo is a Tony®, Emmy® and Grammy® Award-winning actress, as well as Academy Award®, Golden Globe®, and SAG nominee. Erivo burst onto West End and Broadway stages in “The Color Purple,” and has since taken the big screen by storm in movies such as “Harriet.” Currently, Erivo can be seen on the HBO series “The Outsider.” Upcoming, Erivo will play Aretha Franklin on National Geographic’s “Genius: Aretha” and will star in Universal’s “Talent Show.”

“It is a real privilege to be working on Sarah’s story with this incredible team. Together we hope to bring audiences a bold, modern portrait of an extraordinary woman.”

SunnyMarch is a UK-based independent Film and TV production company which was founded by Benedict Cumberbatch and producer Adam Ackland. The film department is headed by Leah Clarke, and has three projects slated for release in 2021: Kevin Macdonald’s The Mauritanian based on Mohamedou Ould Slahi’s best-selling memoir ‘Guantanamo Diary’; The Courier, a Cold War spy thriller directed by Dominic Cooke; and a biopic of the artist Louis Wain, directed by Will Sharpe.

2020 Screen Star of Tomorrow, Rienkje Attoh is a Film and TV producer whose productions have screened at some of the world’s most notable film festivals, including Sundance, London Film Festival and LA Film Festival. Rienkje’s company So & So Productions was awarded a British Film Institute (BFI) Vision Award to develop her slate of Film and TV projects. Her debut feature A Moving Image was praised for boldly getting under the skin of London’s gentrification, and she recently co-produced the BBC adaptation of Noughts + Crosses. In 2021 she’ll produce You Don’t Know Me for BBC One. Rienkje is a graduate of the National Film and Television School and one of three recipients of the inaugural Prince William Scholarships in Film, Television and Games, supported by BAFTA and Warner Bros.

Are we honouring God with our eating habits? by Nicola Burgher