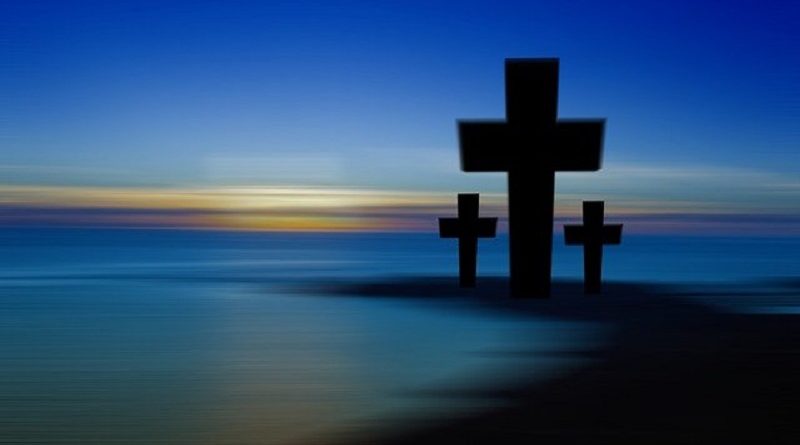 I remember a friend who was fond of a fellow youth group leader. She told me how delighted she was when he suddenly stood up and said, ‘Right – it’s about time we went out!’ She says she blushed profusely, leapt up, and then, to her horror, realised he was telling the children around him that it was time to go and play football!

Unfortunately, it’s all too easy to focus on one thing – in my colleague’s case, the handsome youth leader – that we fail to see what’s really going on. We just don’t see correctly.

The same is true when watching a magic show. We may think we’ve seen someone sawn in half or turned into a human pincushion by inserting swords into a narrow box but, for health and safety reasons if nothing else, we clearly haven’t!

Our attention is drawn to one area of the stage, so we don’t see what’s going on in another. Seeing shouldn’t necessarily mean believing and, if you’ll pardon the pun, we shouldn’t be under any illusions about that!

When I was a child, I saw something brown in our front garden. My eyes told my brain ‘cat’ but, when I went closer to examine the unmoving creature, I realised it was a brown paper bag! Later, when I received my first pair of glasses, I finally saw things clearly. Before that, I’d always assumed that objects in the distance looked blurred to everyone.

I experienced something similar when God revealed Himself to me. It felt a bit like being given spiritual spectacles. The way I saw life totally changed. As CS Lewis once wrote, ‘I believe in Christianity as I believe that the sun has risen: not only because I see it, but because by it I see everything else.’

But what about those who don’t believe?

Romans 1:20 reminds us that, ‘God’s invisible qualities – His eternal power and divine nature – have been clearly seen… so that people are without excuse.’

When I was small, I believed in God. But when I became friends with an atheist at school, I stopped believing. But was it the strength of my friend’s arguments that convinced me of God’s apparent non-existence? Or was it the fact that, in my sinful, wilful, unregenerate heart, I wanted to believe He wasn’t real, because it would enable me to do whatever I pleased, without any consequences?

Psalm 14:1-5 says, ‘The fool says in his heart, “There is no God.”’ But because biblical folly is associated with moral deficiency rather than stupidity, I wonder if the reason some people prefer not to believe in God is because it’s more ‘convenient’ for them not to. After all, unbelief asks nothing, demands nothing, requires nothing. But that doesn’t make it right!

And yet, as Romans 1:18-19 tells us, ‘The wrath of God is being revealed from heaven against all the godlessness and wickedness of people, who suppress the truth by their wickedness, since what may be known about God is plain to them, because God has made it plain.’ In Hebrews 9:27 we’re warned that those who reject God, ‘are destined to die once, and after that to face judgment.’

For those who don’t believe in Jesus, all that’s left is to place one’s hope in chance, karma, fate or luck – a kind of nervously crossing one’s fingers and hoping everything will be okay.

Others, however, echo the defiant words of William Ernest Henley’s poem Invictus: ‘Out of the night that covers me, black as the Pit from pole to pole, I thank whatever gods may be for my unconquerable soul… It matters not how strait the gate, how charged with punishments the scroll. I am the master of my fate: I am the captain of my soul.’

But that’s not really true! We have no control over our punishment or fate.

The 17th century philosopher Thomas Hobbes described man’s existence as being one of ‘continual fear, and danger of violent death… solitary, poor, nasty, brutish, and short.’

For those who don’t believe in Jesus, what Hobbes referred to as his ‘last voyage, a great leap in the dark’, must surely be terrifying.

Another philosopher, Friedrich Nietzsche, claimed in 1882, ‘God is Dead… And we have killed him.’ Seven years later, Nietzsche suffered a complete mental breakdown. He died 11 years later from pneumonia, having struggled with dementia and a series of strokes.

God of course remains very much alive, as the existence of our complex and confusing world attests. The fool may say in his heart, ‘There is no God’, but what will happen when the fool’s life comes to an end and, like Nietzsche, he is no more?

Gary Clayton is married to Julie, the father of Christopher (17) and Emma (14) and works for Mission Aviation Fellowship (MAF). To learn how MAF planes enable people in 26 African and Asia-Pacific countries to receive physical and spiritual sight, visit www.maf-uk.org

Revitalise Appeal shines light on the impact of loneliness at Christmas time. 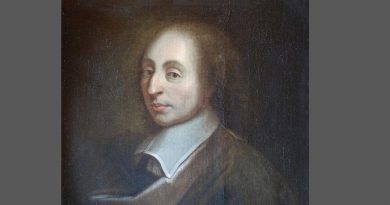 Heroes of the Faith: Blaise Pascal