In the beginning, most universities and colleges in the UK were pillars of Christian faith, established by churches and missionaries. Well, that has changed, at least for most. Even though some of the elite schools have moved on with the times, various colleges and universities have not entirely dropped the Bible. They continue to excel academically and morally.

Religious schools or faith schools provide an education grounded on one specific religion. They are a strong moral compass that parents rely on to guide their children in a world full of so many distractions. In the UK, institutions can teach any faith they want, but a national curriculum is necessary.

Most institutions with strong Christian values are among the best performing in the UK, and therefore, in demand. Rightly so, the state-funded faith schools are sometimes in conflict with parents who can’t access it because of their faith or other reasons. In contrast, privately funded Christian institutions can admit any child from any faith, as long as they possess particular individual qualities, usually highlighted through personal statements.

You will need to have everything to complete a university application successfully from the get-go. A school-specific application form is normally a maximum of two pages. Most universities and colleges currently accept online application forms, but it is mostly not sufficient by itself. You still require sending the rest of the documents, such as test scores and letters of recommendation. Some public schools will insist on a church reference or a recommendation letter from the padre or minister.

Writing a personal statement is a critical part of the application process when you apply to university these days. Unfortunately, personal statements are a source of stress for most students, more than they get from an assignment, mostly because of the last-minute rush. Applicants usually find it challenging to express their strongest points or qualities as individuals in the form of an essay, and you cannot blame them. A personal statement writing service UK students need is the one that best describes the applicants’ strongest points. Usually, the goal is to convince the admissions committee about their qualities beyond academic achievement.

The person handling your application will want to know whether you are a good fit for the institution and the course you are applying for or not. They also want to know whether you espouse values that make the world a better place. The admissions officers want to know, through the exam, what makes you tick; your commitment and your passion. Convince them why they should have you within their corridors, attending class for the next several years.

Some of the Schools with Strong Christian Values

The UK government requires all faith schools to abide by the principles that actively promote British values, such as tolerance of other lifestyles and faiths. All the best schools with strong Christian values abide by these requirements. Here are some of them listed by their faith or denomination.

The Methodist and protestant schools in the UK form the largest group. They now identify as multi-faith or non-denominational, accepting Hindus and Buddhists from Asia. The majority of these institutions will often invite students from other faiths to talk about their religions and faith.

Methodist schools such as Kent Colleges, Queenswood, Kingswood, and Culford are some of the best non-denominational Christian institutions in the UK. They aim to create a caring Christian family community with high education standards and the community they serve.

They operate on the lesson of “Do all the good you can,” and their brand of Christian culture is what sets them apart. Kent College has a reputation for being welcoming and friendly. The college promotes tolerance and respect for everyone.

Roman Catholic schools form the second largest group in the UK and are spread all over. Most of the catholic private schools, such as Prior Park College, have more than 60% non-Catholic learners. As a result, they are forced to implement non-denominational admissions. The only requirement is all students must attend mass.

Prior Park College teachers use such terms as a vocation and calling to refer to career, and they help learners determine where they are most useful in the world.

There are other schools such as Mount St Mary and Ampleforth, with a vast number of catholic learners. Even though they accept many non-Catholics, there is no option to opt-out of religious studies.

Ampleforth Abbey’s Ampleforth School, another best catholic school in England, has all its boarding houses with a boarding chapel. Their housemasters are priests.

Leighton Park is among the few Quaker schools in London. The school operates on education principles that include Simplicity, Peace, Integrity, Community, Equality and Stewardship, or simply, SPICES. All the students participate in Quakerism, which is the involvement in ethical and sustainability projects and research in class

Christian schools are some of the best performing because of their focus on particular values that set them apart. They provide moral guidance to all students, including non-Christians. Christian schools are the way to go if you want your child to develop into a responsible adult. 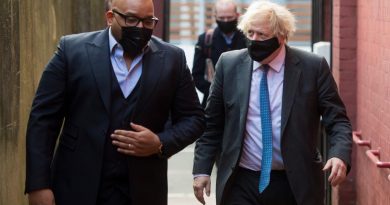