The persecution of Christians around the world has grown, both numerically and in its intensity, in spite of the Covid-19 pandemic. This is according to figures released in the 2021 World Watch List (WWL).

The report shows that, rather than the spread of Covid-19 slowing down the rate of persecution, in many cases, it has been greatly intensified – in a variety of forms:

• Christians in numerous African and Asian nations have been refused coronavirus aid.

• Islamic militants have exploited Covid-19 restrictions, increasing violence against Christians in sub-Saharan Africa by 30 per cent.

• Covid-19 has legitimised repression through increased surveillance by authoritarian governments such as the Chinese Communist Party (CCP).

• Women have been especially vulnerable in Covid-imposed lockdowns, with psychological violence as well as kidnapping and forced conversions.

Other key trends include:

• An increase in government authoritarianism and nationalism in several nations, including India, China and Turkey.

• Persecution continues to intensify in North Korea – still number one on the WWL top 50 after 20 years.

• In Latin America, organised criminal groups have extended control of several regions under the restrictions. Christians who challenge their drug-trafficking face violence or even death.

Henrietta Blyth, CEO of Open Doors UK and Ireland, commented on the latest list: “It has been a tough year for billions of people. However, for many of the 340 million Christians worldwide who face persecution and discrimination, things have been worse still. My heart breaks when I hear of believers in India and Vietnam being refused food aid and told ‘let your God feed you’. Or when I hear of women like a Christian mother-of-three from Egypt who was kidnapped by the Muslim Brotherhood and forced to declare she had ‘converted’ in a video.

“However, I don’t despair; I have seen face-to-face the inspiring strength and bravery of Christians around the world who deal with this persecution. At Open Doors we work to support, encourage and advocate for these remarkable men, women and children, who stand firm in their faith in spite of everything.”

Reports of Christians being denied aid during the Covid crisis are widespread, particularly in rural areas, including: India, Myanmar, Nepal, Vietnam, Bangladesh, Pakistan, Central Asia, Malaysia, North Africa, Yemen and Sudan. At times this was by government officials; more often it was by village heads and committees or others. Some reported food ration cards torn up or waved away.

In India, of more than 100,000 Christians who received food aid from Open Doors partners, 80 per cent reported they had been dismissed from distribution points. In Kaduna, Nigeria, families from several villages say they received roughly one-sixth of the rations allocated to Muslim families.

The effect of this is exacerbated by higher levels of unemployment among Christians in many of India’sregions, leaving families destitute.

Surveillance and the ‘Chinafication’ of Christianity

This year China has re-entered the WWL top 20 for the first time in a decade. As Open Doors warned last year, the Chinese Communist Party (CCP) has used increased surveillance to keep a closer eye on the nation’s estimated 90 million believers. Reports say churches in some counties in Henan and Jiangxi provinces have facial recognition systems in all state-approved churches, and virtual church services are monitored.

All this is part of a broader attempt at the ‘Sinicisation’ or ‘Chinafication’ of the nation’s churches, which also includes:

• The ‘rectifying’ of Bible stories in official publications. In one textbook the story of the woman accused of adultery is retold with Jesus stoning the woman to death himself.

• The CCP involved in choosing new church leaders and re-educating ministers in how to reinterpret the Bible through Communist core values.

• Churches and Christians forced to replace crosses and other Christian imagery with pictures of President Xi Jinping and national flags.

Meanwhile China is fast exporting its ‘security’ systems across the world. The same technology used to control Xinjiang’s Uighur population is being exported to nations including Myanmar, Laos, Iran, Saudi Arabia and Venezuela – through companies such as Huawei.

Across sub-Saharan Africa, the church faced up to 30 per cent higher levels of violence than last year, at the hands of Islamist militant groups. Some groups pledged to wage jihad against the ‘infidels’ because, they say, it was because of them that ‘Allah punishes us all’ with the pandemic. In Nigeria, the number of Christians killed has nearly tripled to 3,800 recorded deaths.

The groups, which include Boko Haram, Islamic State West Africa Province (ISWAP) and radicalised Fulani herdsmen, took advantage of both the Covid lockdown and governments weakened by the crisis to wreak havoc and gain a stronger foothold.

Several hundred Nigerian mostly-Christian villages were either occupied or ransacked by armed Fulani herdsmen; sometimes fields and crops were destroyed in an apparent ‘scorched earth’ strategy. Nigeria has risen to nine in the WWL, partly due to the growth in violence.

Meanwhile the central Sahel – Mali, Burkina Faso and Niger – is the epicentre of the world’s fastest-growing displacement crisis. In Burkina Faso, until recently known for its inter-religious harmony, one million are displaced (with millions more hungry) through a combination of a drought and religious violence.

Islamist radicalism is also responsible for violent persecution across Africa, including in Cameroon, Mozambique, the Democratic Republic of Congo (DRC) and Ethiopia.

The rise and rise of religious nationalism

The rise of religious nationalism across the world has been stepped up in several parts of the world, fed by the current insecurities.

In India Christians face pressure on a daily basis from strident propaganda. A clear message from the government is that ‘to be Indian, you must be Hindu’, with Hindu nationalist organisation the RSS talking about purging non-indigenous religions from the nation by the end of 2021.

This has led to attacks by mobs and harassment of Christians and Muslims.

India also continues to block the flow of foreign funds to many Christian-run hospitals, schools and church organisations.

President Erdogan of Turkey has returned Hagia Sophia, an ancient Orthodox Christian cathedral, into a mosque. Meanwhile, believers have faced mob beatings and threats, following the country’s support of Islamic Azerbaijan in the disputed territory of Nagorno Karabakh.

Turkey has also intervened in northern Iraq (emptying at least 25 Christian villages), Syria (with the Turkish-backed Syrian National Army responsible for numerous war crimes), and Libya, where it has supported local jihadist groups.

There have, however, been some positive developments.

Sudan has abolished the death penalty for renouncing Islam. Its new constitution guarantees freedom of religion, omits sharia as its primary source of law and no longer specifies Islam as its state religion. However, after 30 years under this rule there is still much resistance to the changes. But life for Sudan’s six per cent Christian population is improving, such as when a court found eight church leaders innocent of charges that have hung over them for three years.

In Iraq, after surviving the occupation of Mosul by Islamic State militants, a group of young Muslim volunteers have, since 2017, been consistently cleaning up destroyed churches and homes, saying they want to encourage displaced Christians to return and stay, because their history is rooted in that part of the Middle East.

In the UK, the Government has appointed Fiona Bruce MP as the new Special Envoy on Freedom of Religion and Belief (FoRB) and continues to honour its commitment to implement the Bishop of Truro’s recommendations of ways in which the Foreign, Commonwealth and Development Office (FCDO) could address anti-Christian persecution.

“The increasing persecution of Christians across the world should disturb us all,” says David Landrum, Head of Advocacy for Open Doors UK & Ireland. “Freedom of religion is what underpins many other human rights and civil liberties. Oppressive governments know this, and they are exploiting the pandemic crisis to turn the screw on Christians. We cannot remain silent. We have a moral obligation to speak up for those who cannot speak up for themselves.” 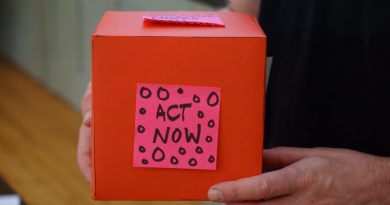 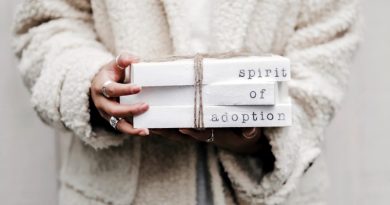 Opening Our Homes: Can We Respond To The Plight Of UK Children In Care In The Same Way As We Did For Ukrainian Refugees?