UK adults could take steps to avoid having a stroke if more people knew the top risk factors for stroke and made one small change to their lifestyle, the UK’s leading stroke charity says.

The Stroke Association is launching a national campaign inspiring people to pledge to make one small change to reduce their risk of stroke ─ starting on Stroke Prevention day, Thursday 14 January ─ and stop stroke being the fourth biggest cause of death in the UK.

New survey results by the Stroke Association found that only one in 20 (6%) UK adults think they’re at high risk of stroke1. This is despite the fact that, in the UK, more than one in every five (21%) adults will have a stroke in their lifetime2.

This is concerning because conservative estimates predict that as many as 1 in 6 adults have high blood pressure4, but only 14% of people would focus on their blood pressure to reduce their stroke risk.

Nine in 10 (89%) strokes are associated with modifiable risk factors5, elements of your lifestyle that can be changed to reduce your risk. According to the INTERSTROKE study, the world’s largest study of stroke causes, the modifiable risk factors that cause the most strokes in countries such as the UK  are high blood pressure, high body weight and poor diet.

Worryingly, knowledge of the top risk factors for stroke was low across the board:

“A stroke happens in the brain, the control centre for who we are and what we can do. Stroke is the fourth biggest cause of death in the UK, but it doesn’t need to be.  For those that survive, the impact varies depending on which part of the brain is affected. It could be anything from wiping out your speech and physical abilities, to affecting your emotions and personality. Many strokes can be avoided if you take action.

“When you don’t know your risk, you there’s no motivation to reduce it. Most people know that living a smoke free life, drinking carefully and eating healthily is good for you, but it’s clear from our research that people aren’t always sure why these are important things to do. If more people understood the benefits of making healthy changes, more people would act to reduce their stroke risk.

“The biggest thing you can do reduce your risk of stroke is to start by making one small change. We want to help as many people as possible to understand the personal risk of stroke and make that first, positive step to prevent having one. It can happen to anyone, at any age and at any time, but we know that people who take steps to reduce their risk are less likely to have a stroke.”

The survey results found a lack of understanding of the risk factors that increase your risk of stroke and a shocking lack of information being accessed to help people reduce their risk. Three in four people (73%) said that they have had no information about stroke reduction recently. This rockets to over four in five (85%) of over-65s, who are most at risk of having a stroke1.

Dave Wilson turned to a four-legged friend to help him make lifestyle changes after his stroke – a rescue greyhound called Rory.

Rory helps gives Dave the motivation to exercise and improve his health, cutting the risk of a further stroke.

Dave, 55, from Gateshead, was on a caravanning holiday with his wife Gerry in Wales in September 2017 when he had his stroke.

“Every stroke is different. When I got home I was lucky in that I could walk, talk and use my hands, arms and legs, although not to the same extent as I could before my stroke.  As a result, I started to change my life. I changed everything from diet to exercise, the whole lot. I completely overhauled my lifestyle.

“Now I’m doing more exercise, I’ve got a dog and have become much more active. Rory is just over six years old now and we have had him for about two and a half years.

“Having him has done great things for me and my wife.  Walking is a wonderful experience for me as after my stroke walking was not easy.  We walk every day and hit at least the 10k steps.

“Getting fresh air, enjoying the sounds of birds and seeing wildlife is mentally soothing and helps stress.  The exercise is great for my overall health.

“You need to walk a dog and this motivates me whatever the weather.  I thought if I can walk a dog what else can you do?

“My wife did a lot of research into how to prevent strokes and we changed our lives. I didn’t eat chocolate or sweets, alcohol, or anything that was fattening. I ended up losing four and a half stone as a result.” Dave now volunteers with the Stroke Association’s Moving Forwards After Stroke programme, helping stroke survivors to become more active and live a healthy lifestyle after stroke. 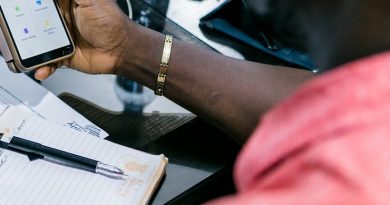 How Can I Glorify God When I Have No Work?