MLK Day marks the birthday of Martin Luther King Jr; a day that celebrates the life and achievements of the influential civil rights leader who famously fought to end racial segregation and promote equality in the United States. Through his campaigning to promote social justice, Dr King became an inspiration to not only the black community but to society as a whole, with his impact on the world still being felt today.

This year the day is of particular importance, coming in a period of unrest that has seen the BAME community once again fight for their equal rights through the Black Lives Matters campaign, that saw sporting stars across the globe use their platform to promote togetherness and diversity, taking a knee in solidarity and raising awareness of the social injustices many face each and every day.

In a time where 35% of the BAME community trust sporting figures and icons more than politicians and people in power, The London Lions, a team championing diversity and inclusion in sport, discuss what MLK Day means to them and the important role they now play as inspirational figures and role models to the younger generation.

“As we have seen in recent times being a black man comes with its societal challenges stemming back from hundreds of years. It’s important to have brotherhood and to always be proud to uplift one another not only when we are achieving great things but also in everyday life. MLK day is a great chance for us to make the extra effort. That’s what MLK day means for me.

“Oftentimes you don’t feel as though you are a role model but in actuality you don’t know who is watching you and getting inspired by you or the things you do. Playing basketball in the UK as a professional basketball player there are thousands of young black athletes that watch our games and want to be just like their favourite players or simply players that play in the same position as them.

“We have a responsibility to always be able to find time for them and be approachable if we are to be serious about setting a positive example for the younger versions of ourselves. Personally this is something that I would love to do more often considering the life experiences I have and continue to go through. I often feel it’s the lack of relatable mentors for the youth that are available to them.”

“Martin Luther King had one of the greatest impacts on not just African-American culture, but on the world as well. As an African-American athlete I’ve valued the meaning of courage, the power of bravery, and the importance of standing up to adversity. MLK took a stand for things that most people wouldn’t have done at the time. He was passionate, committed and stood for equal rights when things were improbable. He paved the way for athletes to socialise among teammates regardless of the colour of their skin. To imagine that there used to be a day when race stood in the way of athletes playing a game we were great at, is unreal. For that I am forever thankful for MLK and his commitment to help break down racial barriers In sports as well.

“As a black father raising a black son, I definitely utilise Dr. King’s morals and insights on social injustice and awareness. Being aware of the problem and creating change is something we all can do to help make the world a better place. Which is why MLK day Is important for us to keep the message alive and educate younger people to keep his dream intact. Because in order for the black community to thrive we need to understand that knowledge is the competitive advantage. That’s why I believe MLK day is very important for the future of our next generation.”

“MLK Day is always a chance for reflection. To look back at the influence and platforms that he had. For me personally it’s always a rain-check that violence is not the way. Frustration is one of the key emotions around racial discrimination and one that surfaces regularly amongst the younger generation, it is important to explain to the young that deciding to ‘shut down’ or react in ‘anger’ are not the sole outlets for young black people, males especially, that discourse and rationalisation are also our tools. This is very important to combat that frustration, and seeing how MLK so eloquently does it always grounds me.” 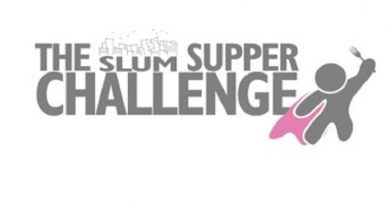