Around the world, more than 340 million Christians—one of every eight believers—experience high levels of persecution, just for following Jesus.

For the past 29 years, the Open Doors World Watch List has offered a global indicator of countries where human and religious rights are being violated, and those countries most vulnerable to societal unrest and destabilization.

“The COVID-19 pandemic has turned a bad situation into an unbearable one,” said David Curry, president and CEO of Open Doors USA. “This public-health crisis created an opportunity to expand faith-based discrimination and violence in regions where religious persecution had already reached alarming rates.”

The 2021 World Watch List reveals that persecution is extremely high on the continent of Africa, where one-in-six Christians in Africa endure faith-based discrimination and violence. In Nigeria alone, 10 Christians a day are murdered on average, due to their religious beliefs.

Here is what you should know about the 10 countries with the highest levels of persecution, and how you can pray for the believers in those nations.

How Christians are suffering: “Being discovered as a Christian is a death sentence in North Korea. If you aren’t killed instantly, you will be taken to a labor camp as a political criminal. These inhumane prisons have horrific conditions, and few believers make it out alive. Everyone in your family will share the same punishment. Kim Jong-un is reported to have expanded the system of prison camps, in which an estimated 50,000–70,000 Christians are currently imprisoned.”

Prayer point: “Pray for the believers who are imprisoned. Pray for comfort and strength for them, and that even in prison, they would know God’s presence and love.”

How Christians are suffering: “If a Christian’s family discovers they have converted, their family, clan or tribe has to save its ‘honor’ by disowning the believer, or even killing them. Christians from a Muslim background can also be sectioned in a psychiatric hospital, because leaving Islam is considered a sign of insanity.”

Prayer point: “Pray that despite their isolation, Afghan believers would be strengthened and encouraged in their faith. Pray they would find safe ways to access the Word of God and communicate with other believers.”

How Christians are suffering: “It is impossible to publicly admit your Christian faith in Somalia, and ‘church life’ is non-existent. Islam is considered a crucial part of Somali identity, and if any Somali is suspected of having converted to Christianity, they are in great danger. Members of their family, clan or community will harass, intimidate or even kill them. Women may be raped and forcibly married.”

Prayer point: “Pray for the families of those who have been murdered for their faith, that they would receive the comfort of their Heavenly Father and be healed from bitterness.”

How Christians are suffering: “Sharing your faith publicly is illegal in Libya, and those who try to share their Christian faith with others risk violent opposition and arrest. Without a central government, the country is effectively in a state of lawless anarchy. There is little chance of legal justice when Christians are attacked or killed.”

Prayer point: “Pray for new converts who have been baptized. Pray that they will find a group of believers to join—and rejoice that they have found Jesus.”

How Christians are suffering: “Christians in Pakistan face extreme persecution in every area of their lives. Believers who have converted from Islam face the greatest levels of persecution, but all Christians are considered second-class citizens in this strongly Islamic country. They are given jobs perceived as low, dirty, and dishonorable, and can be victims of bonded labor.”

Prayer point: “Pray for protection over Pakistan’s churches, especially around holidays such as Christmas and Easter, when terrorist attacks have happened in the past.”

How Christians are suffering: “Christians from non-traditional denominations face the harshest persecution in Eritrea, both from the government and from the Eritrean Orthodox Church (EOC). The EOC is the only Christian denomination recognized by the government, and it is tightly controlled by those in power.”

Prayer point: “Pray Eritrean Christians and church leaders would have wisdom and opportunities to engage their government on the topic of religious freedom.”

How Christians are suffering: “Christians in Yemen usually keep their faith secret, because if they are discovered then they could face the death penalty. Leaving Islam is forbidden, and all Yemenis are considered Muslims by the state.”

Prayer point: “Pray for secret believers and secret house churches, that they would have wisdom and discernment as they support believers.”

How Christians are suffering: “The Iranian government sees the conversion of Muslims to Christianity as an attempt by Western countries to undermine the Islamic rule of Iran. Christians from a Muslim background are persecuted the most, primarily by the government, but also by their families and communities. Secret churches are often raided, and their leaders and members have been arrested and given long prison sentences for ‘crimes against national security.’”

Prayer point: “Pray for Christians who are currently locked up in prison for their faith. The conditions in Iran’s prisons are very poor and the pandemic has only made the situation worse.”

How Christians are suffering: “More Christians are murdered for their faith in Nigeria than in any other country. Violent attacks by Boko Haram, Hausa-Fulani Muslim militant herdsmen, ISWAP (an affiliate of the Islamic State group), and other Islamic extremist groups are common in the north and middle belt of the country, and are becoming more common farther south.”

Prayer point: “Pray for the Lord’s grace and comfort for believers as many are displaced, have lost loved ones and their homes, and many have also experienced trauma. Ask the Lord to be near those who have been kidnapped and pray that they will be released or rescued.”

How Christians are suffering: “Hindu extremists believe that all Indians should be Hindus, and that the country should be rid of Christianity and Islam. They use extensive violence to achieve this goal, particularly targeting Christians from a Hindu background. Christians are accused of following a ‘foreign faith’ and blamed for bad luck in their communities. These believers are often physically attacked and sometimes killed, as well as being under constant pressure from their family and community to return to Hinduism.”

Prayer point: “Pray for protection for our brothers and sisters, especially those who are new Christians, and those who live in rural areas and are particularly isolated. Pray God will help their families and communities to accept their new faith.” 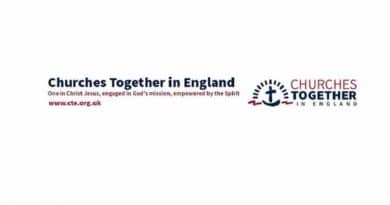 Tips for a financially successful 2014 by Isaac Carter