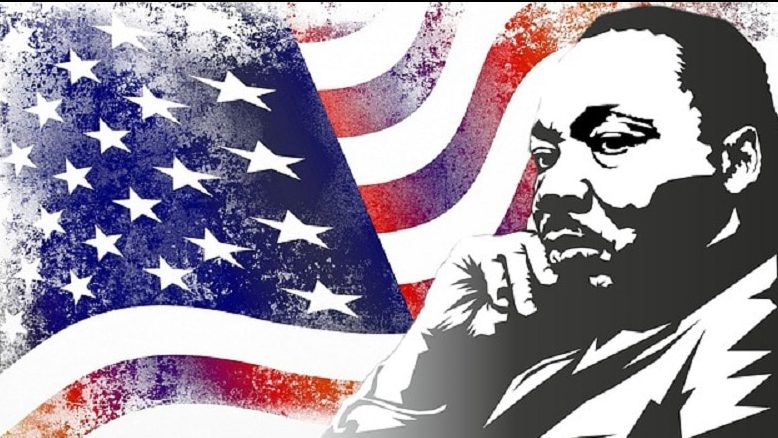 On 6 January, even as they hid from the mob laying siege to the Capitol, the chasms between our lawmakers reflected those in our society: they were split into mask wearers and mask refusers, those who saw a domestic terror attack and those who saw a patriotic protest, those who feared for the very future of America and those who refused to condemn the president who had incited the violence. Many terrified lawmakers sought comfort in their faith. Congresswoman Lisa Blunt Rochester was heard praying for her colleagues and for all those who were trying to protect them from the marauding thugs. Some of those thugs were carrying signs bearing Christian symbols and phrases.

The motto of our democracy, once admired the world over, is ‘In God We Trust’. How tragic, then, that the tensions that have been threatening to overwhelm us for so long exploded in an assault on the seat of the power of the people. Where, you may ask, is our belief in the God in whom we trust now?

Many faith leaders are grappling with how to convey the message of Jesus Christ in these turbulent times. But before we can even begin to rise again, we must overcome a major obstacle in our path – a divided gospel.

The Capitol Riot was led by White supremacists whose racist ideology is deeply embedded in how the assailants understand God, practise Christianity, and see humanity, and has been for centuries. The leaders of the White Evangelical Church of America, whose members have twice voted overwhelmingly for Trump, have often been shockingly silent while that president has fanned the flames of hate among their own believers. That same Church must now be responsible for speaking out to counter White extremist mob violence and terrorism: ‘If your brother is in a fault, let those of you who are spiritual restore him.’ (Galatians 6:1). Only then will the White Evangelical Church be able to play the vital role we need it to play in healing America’s soul.

For their part, Black Christian church leaders have sometimes struggled to find the words to calm and comfort their angry, frightened congregations, worried that their lives do not matter to those sworn to protect them. Black Christian leaders must now also preach forgiveness and love.

I’m not saying that this will be easy. But, in the midst of so much resentment, fear, and hurt, when I sit still with myself and ask, “What does God require me to do in this moment?”, the answer is always the same: love thy neighbor as yourself. Even if they disagree with you. Even if you find their behavior despicable.

Our fear of the ‘other’ cannot be allowed to win out over this call to love. Jesus chose his words carefully so that they would count the most when we are angry and terrified. His message of love counts the most when we are tempted to turn inwards but should instead be reaching out.

American Christians, whether they live in Black, Brown, or White skin, all believe in the same Jesus. We all share the core values of love and peace. I stand in the hope that Christianity and its love for all humankind – ‘neither Jew nor Gentile, bond nor free’ – can truly be one of the tools to make our country whole. I pray that our Black and White Christian Churches will now work together to find common ground; they must model the path to unity so that every American citizen can aspire to follow it.

The starting place on that journey is not race but our shared humanity. All the world’s major religions are based on the tenant of love – this cannot be mere coincidence. Now the whole American Christian Church must own this message and act in the spirit of Christ, guided by the light that represents the good in all of us.

The first step towards each other is to convene inter-religious faith leaders across denominations, along with Black and White Christian ministers, to seek answers to key questions. What can we as believers contribute to democracy, to strengthen it and nurture it, and use it for the common good? How can we banish a lack of civility towards those we see as ‘other’? How can we, as people of faith, rebuild our nation?

As leaders, we should then collectively draw up a Unity Charter, based on a message of love, that we can deliver to our local congregations in churches, synagogues, mosques, or parks – wherever people meet to pray.

Finally, we should create a model Citizens’ Council – a diverse council of believers who look like America. Followers should gather to talk to each other, to listen and really hear each other, to strip away the ‘otherness’ and reach out to each other’s souls. Then, perhaps, we will realize how many things unite us. As for polarizing issues, maybe we will finally choose to disagree without being disagreeable, with tolerance and understanding.

Perhaps as citizens we will learn that no one is outside the perimeters of God. Perhaps we will even attend each other’s places of worship, pray there together, and let the Holy Spirit touch our hearts. Perhaps, with Jesus’ help, we will forgive each other, as God forgives us all.

This is not ‘Kumbayah’-style wishful thinking. We can do this. The great Dr. Martin Luther King, whose birthday we are poised to celebrate, showed us the way. The Civil Rights movement he led drew on the love and support of Imams and Rabbis, Catholic and Orthodox priests, Unitarians and Muslims, Baptists and Hindus, Atheists and Quakers. They too were galvanized to act in unison because there were some racist Americans who lacked civility.

Dr. King also denounced all violent protest and acts of retaliation. As we perch precariously on this powder keg of Donald Trump’s making, we must all unreservedly exhort our congregations to do the same.

My mother, the journalist Dr. Barbara Reynolds, once interviewed Dr. King’s bereaved father. His son had been assassinated by a White man. Six years later, a Black man had walked into Ebenezer Church during a service and murdered his wife. My mother asked King Senior, “Which one do you hate the most? The Black man or the White man?” He replied, “I will never stoop low enough to hate either. I have the strength to love both.”

As we face this critical point in our history there may be much that appears to divide us, but I firmly believe that the defining moments in our overcoming of hate will be drawn from what is written with love in our hearts.

For, especially in times like these, if the Gospel cannot unite first the Black and White Christian Churches and then we, the people, then what can? In God we must trust.

Keith Magee is the author of the forthcoming “Prophet Justice: Essays and Reflections on Race, Religion and Politics,” scheduled to be released on Jan. 26. He is a public theologian, public intellectual, political advisor and social justice scholar. He is Chair and Professor of social justice at Newcastle University and Senior Fellow in Culture and Justice at the University College London. He founded The Social Justice Institute in 2014, while in post at Boston University, which remains the hub for his independent work and research. He is also the Lead Pastor at The Berachah Church – which has a global virtual presence. http://www.4justicesake.org/prophetic-new-products

#TheShepherd: A Retro Adventure of Hope