Lebanon’s most vulnerable continue to bear the brunt of its economic and health crises, six months after one of the largest non-nuclear explosions in history devastated its capital Beirut.

On the ground, local humanitarian and civil society groups are leading efforts to support families and rebuild livelihoods, Christian Aid has said, but the needs are immense.

Some 1.5 million Syrians have fled the decade-long conflict in their homeland and now live in Lebanon, the vast majority in deep poverty.

Fadi Halisso is co-director of Basmeh & Zeitooneh, an NGO founded in 2012 to serve Syrian refugees in Lebanon and the region, and one of Christian Aid’s partners.  They now find themselves helping Lebanese citizens as well as Syrian refugees. Fadi said:

“We are overwhelmed with requests: recently we’ve received requests from an average of 10,000 families a month, for food and basic hygiene items.

“Mothers are telling us that they are feeding their babies watered-down tea, as they cannot afford milk or baby formula.  Many families who have been out of work for months are barely eating, they send us pictures of their empty kitchen shelves.  It’s heart-breaking.

“While we continue to help Syrian refugees, about half of those asking for assistance in recent months have been Lebanese citizens.  Before, it was rare to find Lebanese families asking for help with such basic needs.  Now, even households who were managing before are hurting.”

The huge blast at Beirut port on 4 August 2020 happened because a large quantity of ammonium nitrate had been stored in unsafe conditions.  The explosion and its shockwaves killed more than 200 people and injured more than 6,500, flattening or damaging some 74,000 homes across a large area of the city, and damaging scores of schools and hospitals.

Lebanon’s economy was already on the verge of collapse and the pandemic is now stretching the country’s healthcare system to the limit.

The government introduced a strict round-the-clock curfew on 14 January in response to a steep rise in Coronavirus cases.  While cases are now declining, deaths rocketed during January, with 751 deaths reported in the week to 31 January, almost a quarter of Lebanon’s entire Covid-19 death toll since the pandemic began.

Covid-19 and the restrictions on movement imposed to contain it have exacerbated the longstanding economic crisis, hurting the poorest most, and the current lockdown is adding to the obstacles local NGOs face as they work to deliver support to the most vulnerable.

Majid (pictured), originally from Syria, came to Beirut with his family 10 years ago as refugees.  His home was damaged in the August explosion – the doors and windows of his building blew in, injuring his wife – and though six months have passed, the emotional scars from that day remain.

He received cash support from Christian Aid’s partner Association Najdeh in Beirut, thanks to funding from the Scottish Government’s Humanitarian Emergency Fund, which allowed him to buy essential food and helped pay his rent.  But his children are still traumatised. Majid said:

“My children aren’t able to forget the sound of the explosion, when they hear any sound or noise around us, immediately they remember what happened… even my little son is now having speech problems.”

The Scottish government funding and Christian Aid’s Lebanon Crisis Appeal enabled Association Najdeh to provide emergency cash assistance to 708 vulnerable households directly affected by the explosion, mostly Palestinian and Syrian refugee families who do not receive any support from the Lebanese government.

“The devastating explosion last summer has left deep scars in a country facing not only escalating Covid-19 cases, but extreme economic hardship, hyperinflation, mass unemployment and political turmoil.  The situation for Majid, and many families like his, was already difficult; they are now bearing the brunt of Lebanon’s spiralling economic and health crises, as well as struggling with the mental and physical aftermath of the August blast.

“We remain grateful to those who have supported our Lebanon emergency appeal.  Their support has extended the difference our partners are making to many more families, but there is still extreme need.

“The long-term impact of the explosion, which devastated Beirut’s port and destroyed grain stores, is sharply worsening living conditions for those already vulnerable in Lebanon’s ongoing crisis.  It requires a long-term response and continued international support, focused on reaching the poorest.”

Amidst rising Covid-19 cases and intermittent lockdowns since the August blast, Christian Aid’s partners in Lebanon continue to help the most vulnerable.  Mouvement Social is providing poor families with vouchers for essential food and hygiene supplies, while Basmeh & Zeitooneh continues to distribute emergency packages, including cash, hygiene kits and food, to hundreds of vulnerable households.

“On top of widespread unemployment and skyrocketing food prices, the explosion in Covid-19 cases has completely overwhelmed Lebanon’s hospitals, and this is also hurting the poorest the most.  Intensive care units are full, and there are dire shortages of hospital beds, essential drugs, oxygen therapy devices, ventilators, and medical staff.

“We are doing everything we can, getting food to poor families and working with medical organisations to make oxygen therapy accessible to people suffering from Covid-19.

“But the roots of Lebanon’s ongoing crisis are political.  People cannot be kept under curfew indefinitely with no government support.  Lebanon’s government and politicians must find solutions – and that will need continued pressure from abroad, as well as greater international financial support directed to local organisations serving those in greatest need.” 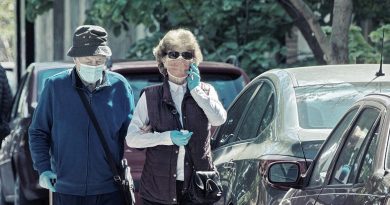 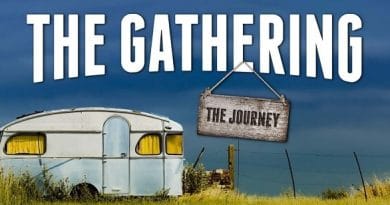