With the Commons about to vote on the ‘Genocide Amendment’ to the Government’s Trade Bill (set to be tabled Tuesday 9 February), the new Head of Advocacy and Public Affairs for Open Doors UK and Ireland* Dr David Landrum has called on MPs to vote it through, and for the UK Government to ‘stop turning a blind eye to genocide’.

The amendment has been tabled by the crossbench peer, Lord Alton of Liverpool. If passed, that would allow British judges to rule whether a country was committing genocide.

“The deliberate extermination of a whole people group is an extraordinary act of evil,” said Dr Landrum. “If we claim to value goodness and justice, it demands a response.”

The first draft of the amendment stated that if a country were deemed to be committing genocide, the UK Government would be bound to terminate all trade agreements with it. The amendment was defeated by 11 votes last week.

Lord Alton explains that the latest draft ‘will not automatically require the termination of trade agreements with countries found by the High Court to be complicit in genocide – that decision will be left to Parliament’. However, Dr Landrum says this is still a vital move:

“If the amendment passes, it will enable our country to identify genocide and it will compel us to do something about it.

“As things stand, we don’t have a mechanism to determine whether genocide is happening and who is complicit in it. A high bar will be set for the courts to determine this, and if confirmed it would be for parliament and the government to act.”

Open Doors has asked its supporters to write to their MPs to urge them to support the amendment.“It has come through the Lords with a large majority and lost by only 11 votes last time in the Commons,” says Dr Landrum. “This vote is on a knife-edge and if it passes, it would represent a statement of intent for the UK’s role in protecting human rights globally.”

Genocide is defined by the UN as ‘…acts committed with the intent to destroy, in whole or in part, a national, ethnic, racial or religious group…’. Several nations have been accused of genocide in recent years, including China, Syria, Nigeria and Sudan. However, the nature of global politics and trade means it is notoriously hard for the body to rule that it has occurred.

The trade minister Greg Hands has opposed the amendment in its current form, saying: “To accept this specific amendment would allow the high court to frustrate, even revoke trade agreements entered into by the government and approved after parliamentary scrutiny.”

However, Dr Landrum insists that something even greater than the UK’s trade agreements is at stake. “It’s clear that the economic impact won’t be anything like what it cost the UK economy to abolish slavery. Like the abolitionists, we have an opportunity to do the right thing. It’s time to stop turning a blind eye to genocide. I hope we pass this moral test.”

Learn more and support the campaign to pass the Genocide Amendment.

KTF REWIND: Growing Old is a Gift from God 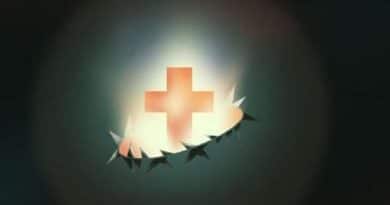