SARS-CoV-2 and Covid-19 are susceptible to most disinfectants including those containing 70% ethanol and should be able to kill the virus fairly quickly. But there is a growing risk of resistance to disinfectants and antibiotics says a group of South African scientists at the University of the Free State who are at the cutting edge of researching the current pandemic.

Antibiotic resistance is becoming one of the biggest life-threatening challenges of our time – even overshadowing the current COVID-19 pandemic – as multidrug-resistant infections are becoming increasingly difficult to treat. Bacterial infections that are present in hospitals and agriculture are becoming unresponsive to many of the antibiotics currently in use, marking the start of a post-antibiotic era, say the South African scientists.

According to McCarlie, the work being done on disinfectant resistance is largely attributable to the major issues currently experienced with antibiotic resistance.

“Antibiotic resistance is becoming one of the biggest life-threatening challenges of our time – even overshadowing the current COVID-19 pandemic – as multidrug-resistant infections are becoming increasingly difficult to treat. Bacterial infections that are present in hospitals and agriculture are becoming unresponsive to many of the antibiotics currently in use, marking the start of a post-antibiotic era.”

It is predicted that by 2050, antimicrobial resistance could lead to as many deaths as cancer causes today and could account for between 10 million and 50 million deaths per year.

McCarlie says the resistance to antibiotics is spreading rapidly due to a lack of proper biosecurity measures in the food and agricultural industry as well as in the hospital environment, even if the COVID-19 pandemic has gone a long way towards increasing the awareness of hospital staff to the importance of good biosecurity. Millions of Rands are lost every year due to multidrug-resistant infections in the dairy and poultry industries of South Africa, and superbugs are present in almost every major hospital in the country.

“Currently, the best viable protection we have against bacteria is biosecurity and disinfectants. Biosecurity relies heavily on the use of disinfectants to control bacterial growth. This makes it only more troubling that disinfectant resistance is emerging at an alarming rate.”

She believes it is important to understand the mechanisms of resistance in order to combat resistance to disinfectants.

“Once the mechanisms are identified, possible solutions can be investigated.”

Once they have an understanding of the development of disinfectant resistance, the Veterinary Biotechnology group will be able to make recommendations to hospitals and the agricultural industry on how to prevent the development of these resistant microorganisms.

“As we learn more about these highly resistant isolates, it will direct day-to-day treatment of multidrug-resistant infections and hopefully aid in the fight against antibiotic and disinfectant resistance,”

The dangers of over-prescribing

“Resistance to antimicrobials such as antibiotics and disinfectants is a natural occurrence. We did not invent antibiotics, we discovered them, and so bacterial resistance has been around for as long as antibiotics have – as a survival strategy.”

“However, the widespread use of antimicrobials creates selective pressure for those microorganisms that are resistant to the antimicrobial being used. Over-prescribing and improper use of antibiotics has led to widespread antibiotic resistance. We expect the same trend to be seen with disinfectant resistance in the near future,”

She urges the public to take note that disease-causing microorganisms can become resistant to antibiotics and disinfectants if they are not used correctly. A course of antibiotics should always be taken at the correct time and until the last dose. In the same way, disinfectants should be used at the recommended level and not diluted below that level.

These resistant organisms are causing major issues in the agricultural and medical industries, but this effect has not been seen in households yet. As long as disinfectants are used correctly, most will be able to kill the novel coronavirus.

There is, however, a need to establish tests on the efficacy of the massive number of ‘hand sanitisers’ that are now suddenly available.

According to Prof Bragg, existing disinfectants and hand sanitisers have been specifically tested against SARS-CoV-2 and have been found to be effective. He says the undergraduate students in the department will be evaluating a wide range of different hand sanitisers as part of their practical training.

Mc Carlie adds that the excessive use of poor-quality disinfectants as hand sanitisers can result in bacteria developing resistance to these disinfectants.

“It is therefore very important that reliable high-quality disinfectants are used as hand sanitisers during this COVID-19 crisis, otherwise we will be replacing one crisis with a potentially even bigger crisis.”

Mc Carlie believes there is a need to start looking at alternatives to control bacterial growth. “Disinfectants are currently the only viable option, and if these microorganisms become resistant to disinfectants as well, we will have nowhere else to turn,” she says. 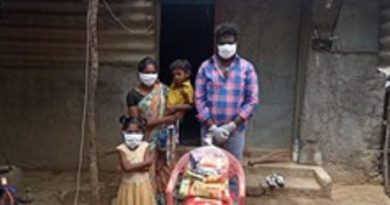