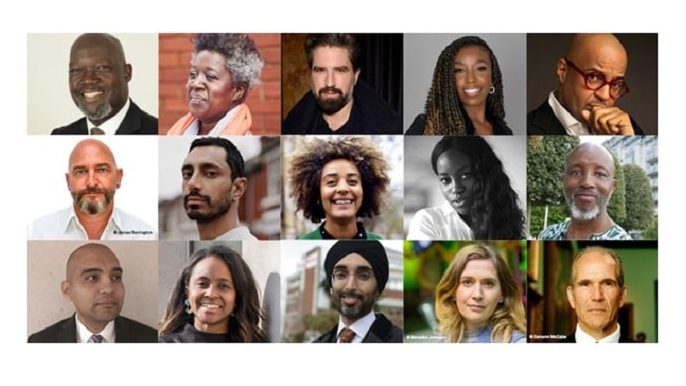 The Mayor of London, Sadiq Khan, has announced the members of his Commission for Diversity in the Public Realm.

Following an open recruitment process, 15 panellists have been selected to form the Commission and work to improve diversity in the capital’s public realm. The Commission’s role is to enrich and add to the current public realm, and advise on better ways to raise public understanding behind existing statues, street names, building names and memorials. The Commission is not being established to preside over the removal of statues.

The members include a range of leaders from the arts, architecture, community engagement and business sectors. They are:

Sadiq has created the Commission to help ensure London’s achievements across the full sweep of the capital’s rich and diverse history are properly reflected around the city.

The majority of London’s statues, street names and memorials largely reflect Victorian Britain, but the Mayor wants to tell the full story of the capital and to commemorate those from every community who have made London what it is.

The commission will review what currently makes up London’s public realm, discuss what legacies should be celebrated, and make a series of recommendations that will help to establish best practice.

It will focus on increasing representation among Black, Asian and minority ethnic communities, women, LGTBQ+ and disabled groups, as well as those from a range of social and economic backgrounds.

It will work alongside a Borough Working Group of local councils, and a Partners Board, including ActionSpace, Art Fund, English Heritage and Shape Arts, Arts Council England, Black Cultural Archives, Historic England and Iniva (Institute of International Visual Arts).

These groups will support the Commission by providing further knowledge and advice on a range of areas including art, heritage, the voluntary and community sectors, diversity and the public realm.

The Mayor has previously commissioned a statue of suffragist leader Millicent Fawcett in Parliament Square, and pledged his support for a number of new memorials in the capital, including for Stephen Lawrence, the Windrush generation, a National Slavery Museum or Memorial, and a National Sikh War Memorial.

The Mayor of London, Sadiq Khan, said: “For far too long, too many Londoners have felt unrepresented by the statues, street names and building names all around them, and it’s important that we do what we can to ensure our rich and diverse history is celebrated and properly commemorated in our city. “I’m delighted to bring together this inspiring group of leaders from across London to form the Commission for Diversity in the Public Realm. Each member brings with them great insight and knowledge that will help to improve the representation of our public landscape.