During National Apprenticeship Week 2021 Minister for Apprenticeships and Skills, Gillian Keegan, joined a meeting of the Apprenticeship Diversity Champions Network to speak to members and announce the appointment of a new chair.

Lia Nici, Member of Parliament for Great Grimsby, was appointed and will be responsible for setting and shaping the network’s objectives, working alongside the Education and Skills Funding Agency.

The Apprenticeship Diversity Champions Network (ADCN) champions apprenticeships and diversity amongst employers and encourages more people from underrepresented groups including those with disabilities, women and members of the Black, Asian and minority ethnic communities, to consider apprenticeships. The network supports the government’s commitment to increase the proportion of apprenticeship starts and achievement rates by people from BAME backgrounds, and starts and achievement rates from people who declare a learning difficulty or disability. The group will also support government ambition to improve female representation in the STEM sector, and level up through offering more opportunities to people from disadvantaged backgrounds.

The new chair Lia Nici MP is a passionate advocate for apprenticeships, having worked in Further Education as a lecturer for 20 years. Lia also has extensive experience in business, having held led several local media organisations such as Estuary TV.

“I am delighted to have been invited to lead the Apprenticeship Diversity Champions Network.

“Apprenticeships offer so much opportunity as we build the future of the British economy, both to the individuals whose critical skills will be in high demand, and for the employers who need bright, and talented people to thrive.

“Working with brilliant employers like those in the ADCN will go a long way to ensuring that such brilliant opportunities are open and accessible to all. We need this richness of diversity in our talent in order to stay competitive and to level the country up.”

“We want to make sure that everyone, no matter where they live or their experience, can gain the skills they need to get ahead. Apprenticeships offer people of all ages and backgrounds the chance to learn new skills whilst earning a salary, whether they want to be a nurse, space engineer or a digital marketeer.

“I am delighted to appoint Lia Nici as the new chair of the Apprenticeship Diversity Champions Network, she has a wealth of experience and will play a key role in making sure that we level up by developing talent from all parts of the country. I look forward to working with her and the employer network to ensure our workforces reflect the communities they serve.”

The network was established during National Apprenticeship week 2017 and has grown from 20 members to over 80 members representing the private and public sectors, and ranging in size from large, supra-national organisations, through to Small and Medium enterprises. The apprenticeships they offer range from nursing, to civil engineering, to digital marketing.

In order to join the network, each member makes a pledge to improve diversity. The pledge that they make is up to them, but must be measurable, stretching and achievable. Members then report back on their progress and share how they managed to achieve it.

Member Colas Rail has had huge success, achieving 17% of Apprentices being female, and 24% coming from a BAME background. They are committed to working with various organisations such as the Young Westminster Foundation, NSAR, Women in Rail, SCOPE, and UTCs in various locations to encourage diversity in their apprentices.

Walsall Council, another member, is moving ahead with their Care Leaver programme, and adapting to meet the specific needs of the group. They have engaged with a contracted Recruitment Agency so during National Apprenticeship Week they deliver a specific interview skills session, and then provide one to one sessions to Walsall’s Care Leavers and Looked after Children. 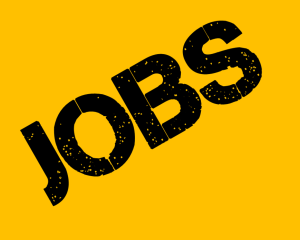