Iranian Christians paid almost £1m in bail fees over the last year according to a new report co-authored by Open Doors.

For many of those arrested, the charges against them were simply that they had attended church.

The persecution watchdog says that Christians in the Islamic Republic of Iran are being hit with exorbitant fees to stay out of prison – with some even having to surrender deeds for their homes in order to foot the bill.

Dr David Landrum, director of advocacy at Open Doors UK and Ireland, says that extreme rights violations against Christians in Iran didn’t let up with the Coronavirus pandemic.

“At least 115 Iranian Christians were arrested on grounds of religious activities or their Christian identity in 2020,” he said.

“Simply going to a house church is treated as a threat to national security.

“Christians – particularly converts from Islam – continued to be targeted for their faith.

“This repression stops Christians in Iran living a normal life, free from fear.”

It says that bail costs for Christians are often so high that they necessitate the submission of property deeds.

In one case, fees for four Christians came to seven billion tomans, about £159,500, each – the most ever demanded for an Iranian Christian’s bail. The minimum annual salary in Iran is about £1,000.

The judge reportedly told them:

“Your actions are worthy of death! Who set this low bail amount for you [it was 800 million tomans previously], so you could be free to roam about on the streets?”

Overall, in 2020, Christians detained over national security allegations had to pay a total of £868,169 to be granted bail.

In another case of persecution two Christian converts Sam Khosravi and wife Maryam Falahi lost custody of their daughter, Lydia who they had adopted from an orphanage in 2019 when she was just three months old.

“We have looked after our daughter for nearly two years,” they said. “Even the judge admitted an ‘intense emotional tie’ has been established between us.

“After taking her away, based on their own assessment, Lydia will face an ‘uncertain future’, yet they insist on separating us from one another.

“This will have an immense emotional toll on all of us, and most importantly on Lydia.”

In other trends tracked by the group of charities, Christians in Iran have faced pressure to recant their faith; been tortured and have suffered inhumane interrogation techniques; been confronted with continued harassment and surveillance and have been dealt false and harsh sentences.

“Christians Youhan Omidi and Saheb Fadaie were flogged with 80 lashes each this last year – for the crime of drinking communion wine,”

“The disturbing reality is that the state increasingly resorts to more violent methods to marginalise, dehumanise, and eliminate unrecognised Christians, such as converts and those who seek to mentor them in their newfound faith.” 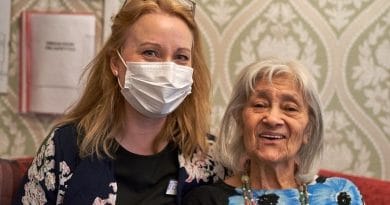 Your invite to join global moment of prayer, worship and thanks alongside Mothers’ Union